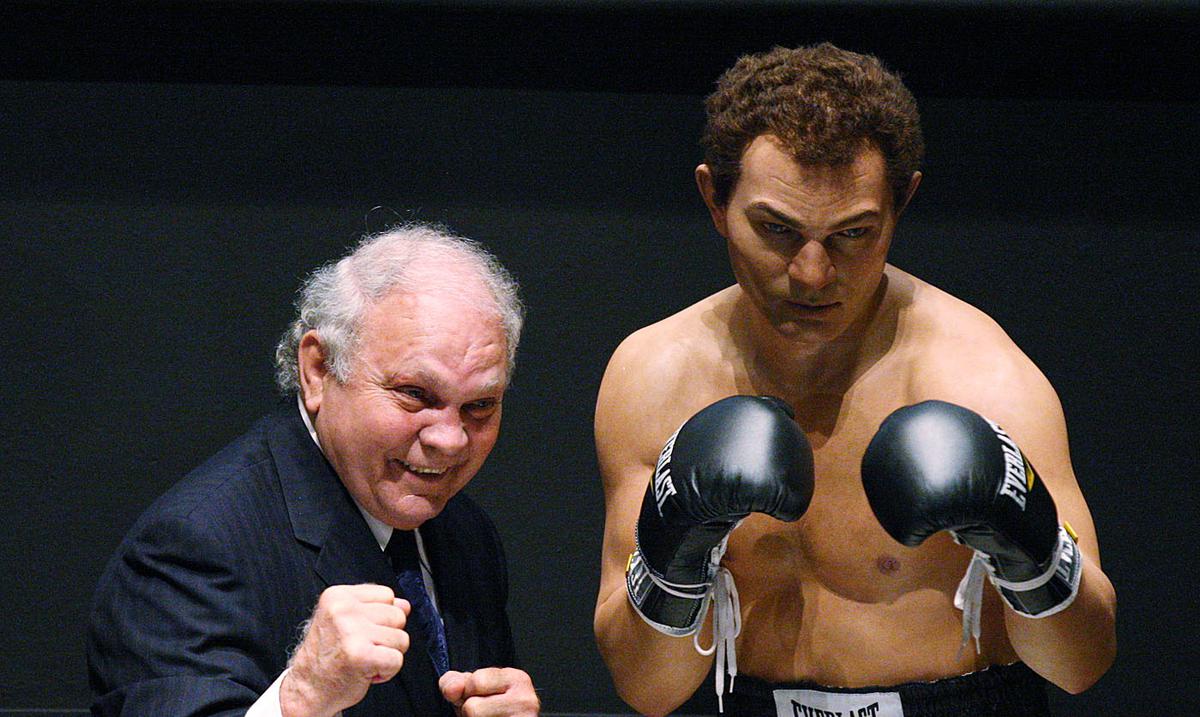 Ortiz was 85 years old and lived in New York. Born in Ponce, he is considered one of the best boxers in the history of Puerto Rico. He finished his career, which spanned from 1955 to 1972, with a record of 61-7-1 and 30 knockouts.

He was the first Puerto Rican to win world titles in two different divisions. In 1991, he was inducted into the International Boxing Hall of Fame in Canastota, New York.

At the moment, the causes of his death are unknown.

He was world champion at 140 and 135 pounds. In 2019, a panel of experts convened by El Nuevo Día selected him as the fifth best boxer in the history of Puerto Rico, behind Wilfredo Gómez, Félix “Tito” Trinidad, Wilfred Benítez and Miguel Cotto.

Ortiz was crowned world champion at 140 pounds on June 12, 1959, knocking out Kenny Lane in two rounds at Madison Square Garden in Manhattan.

He lost the title in his second defense, on September 1, 1960, when he fell by a close majority decision against the Italian Duilio Loi, in Milan, Italy.

Fortunately, his handler’s lobbying for a shot at the lightweight championship paid off soon after.

Carlos Ortiz started boxing to stay away from bad influences on the streets of New York. (File, Archive)

Carlos Juan Ortiz was born in Ponce, Puerto Rico. When he was very young, his family moved to New York.

He debuted as a professional boxer, knocking out Harry Bell at 1:12 minutes into the first round of their fight at the St. Nicholas Arena in New York.

He loses his undefeated record after losing a close split decision to Johnny Busso at Madison Square Garden in Manhattan. Then, in an immediate rematch on September 19 of that year, Ortiz defeated Busso via unanimous decision.

He knocked out Kenny Lane in the second round, winning the then-vacant junior welterweight world title (140 pounds) according to the New York State Athletic Commission and the National Boxing Association (predecessor to the World Boxing Association).

Duilio Loi dethroned him by majority decision. The fight at the San Siro Stadium in Milan, Loi’s hometown.

After a wait of several years, Ortiz challenges then Lightweight champion (135 pounds) Joe Brown. Ortiz wins by comfortable unanimous decision and takes away the world title of the World Boxing Association (WBA) at that weight. The fight was held in Las Vegas, Nevada.

In his first world championship fight held in Puerto Rico, Ortiz defeated Cuban Douglas Valiant by knockout in 13 rounds. The Hiram Bithorn Stadium, in Hato Rey, served as the venue. In this way, he unified the WBA and the World Boxing Council (WBC) titles at 135 pounds.

He lost his lightweight world title via majority decision to Panamanian Ismael Laguna in Panama City. Then, in immediate rematch in November of that year, Ortiz regained the crown from him by defeating Laguna by unanimous vote at the Hiram Bithorn.

He beats the Cuban based in Mexico City, Ultiminio “Sugar” Ramos, by technical knockout in the fifth round. After the fight, the WBC withdraws his recognition as lightweight champion, alleging that Ortiz received help from the referee, former champion Billy Conn. Shortly after, the organism steps back and returns the crown to him. The duel was staged in Mexico City, headquarters of the WBC.

He beat Laguna again, this time via unanimous decision at Shea Stadium in New York. This was his last successful defense of the lightweight world title.

He lost via split decision at the Quisqueya stadium in Santo Domingo against the Dominican boxer Carlos “Teo” Cruz.

After winning 10 fights in a row, Ortiz faces Scotsman Ken Buchanan, who defeats him via technical knockout in six rounds. Ortiz did not come out to fight in the seventh round. It was the only loss before the final season for Ortiz. He hung up the gloves with a pro sheet and is 61-7-1 with 30 knockouts.

Tags: Carlos Ortiz, boxing
Boxer Musa Askan Yamak suffers a heart attack in the ring and dies in the middle of a fight
10 days like a boxer: a tour of the hotbed guided by a world champion
Boxing: Jennifer Miranda reigns in the III Monday Battle after beating Sayda Mosquera
BOXING 3213

Loading...
Newer Post
F1 2022: The Williams team rules out changes in its drivers for next season
Older Post
Canadian GP F1 2022: Max Verstappen enters the top 10 of most victories in the history of Formula 1