Carlos Santana trains full and would fight outside the country 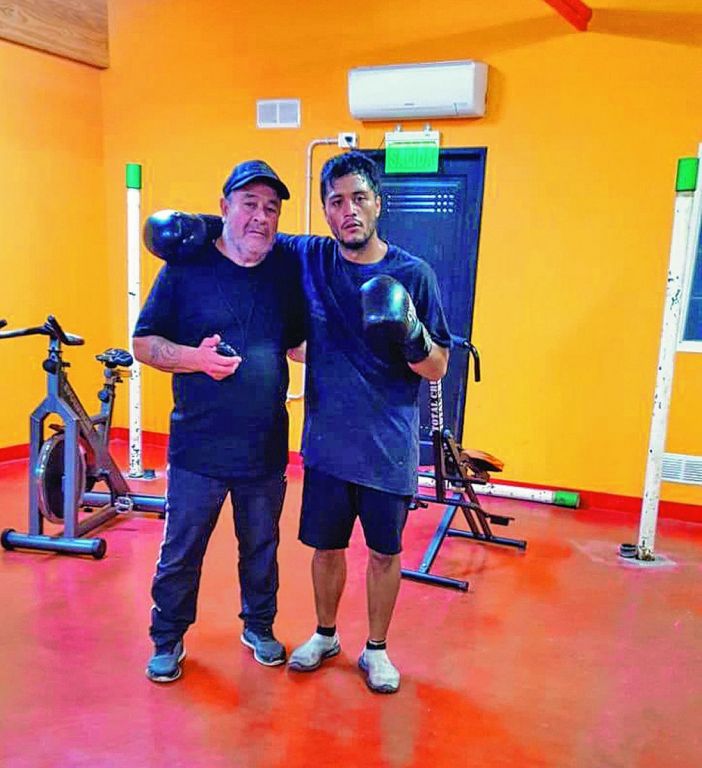 The professional boxer from Comodorense Carlos Armando Santana (16-4-0; 3KO) continues to train actively in the municipal gym number 2 together w

The professional boxer from Comodorense Carlos Armando Santana (16-4-0; 3KO) continues to train actively in the municipal gym number 2 together with his trainer Carlos Mansilla to be able to fight again. But also yesterday his promoter, Vicente Arisnabarreta, told Chronicle that the idea is that his next fight will be abroad, so as to start gaining more experience.

Carlos Armando Santana hasn’t fought for more than a year; May 1, 2021 was his last appearance, losing to Brian Damián Chaves at the Pérez de Rosario Multifunction Complex, where he disputed the Fedebol welterweight title of the World Boxing Association.
The Comodorense in the fifth round was left feeling in a cross and could not recover at that time. He took a break and is now getting back into boxing. “In the morning I am training at the SOEM gym, which is giving me a big hand. And in the afternoon I train full time at the municipal gymnasium No. 2, always with my coach Carlos Mansilla. I have been training for about a month training double shift, Professor Sebastian is helping me with the physical preparation part in the morning. But I am happy and motivated, they gave me a permit so that I can train for this fight. I would say that I have been training for about a month in two or three shifts”.
“Perhaps this week “Vasco” Arisnabarreta will confirm for me when, with whom and where I will have to fight. I dedicate myself to training, they told me that, to train, that a good fight will come. They did not want to tell me anything else. And now I’m already at 65 kilos, but I’m going to start fighting at 63kg like I’ve been doing before, since I have the chance to be a little better and without demanding so much of myself. I’m happy for that”, says Carlos Santana.

“You have to be prepared to travel outside the country”

For his part, consulted his promoter Vicente Arisnabarreta, he assured. “Carlitos Santana is training hard, I told both him and his coach not to slow down, because I have contacts that will make him fight outside the country. And at any moment a fight could come out in Germany or another country, You have to be prepared to be able to travel.”
“Carlos Santana and Carlos Mansilla have the visa to be able to travel outside the country. But it is also true that since he stopped fighting a long time ago, Carlitos has to renew his license with the FAB, do all the medical studies again. Something normal that It must be done, but once a fight is confirmed it becomes urgent, it would not be a problem,” “Vasco” Arisnabarreta told Chronicle.

Grateful to the SOEM that is helping him

At the moment, in the sparring part, Carlos Santana is working only with the boxers from the municipal gym number 2. Lastly, the local professional boxer, he asserted. “A thank you to Omar Unquen, General Secretary of SOEM, to all his team from the guild who are giving me a huge hand. What they told me they fulfilled, more than motivated. They have not only helped me with the permission to train, in addition to the gym, also with sports clothing. And that way it is much more comfortable for me, I am also happy with my coach Carlos Mansilla because he moved a lot. Grateful to all the people who are helping me, it motivates me to train harder, “he said Carlos Santana.