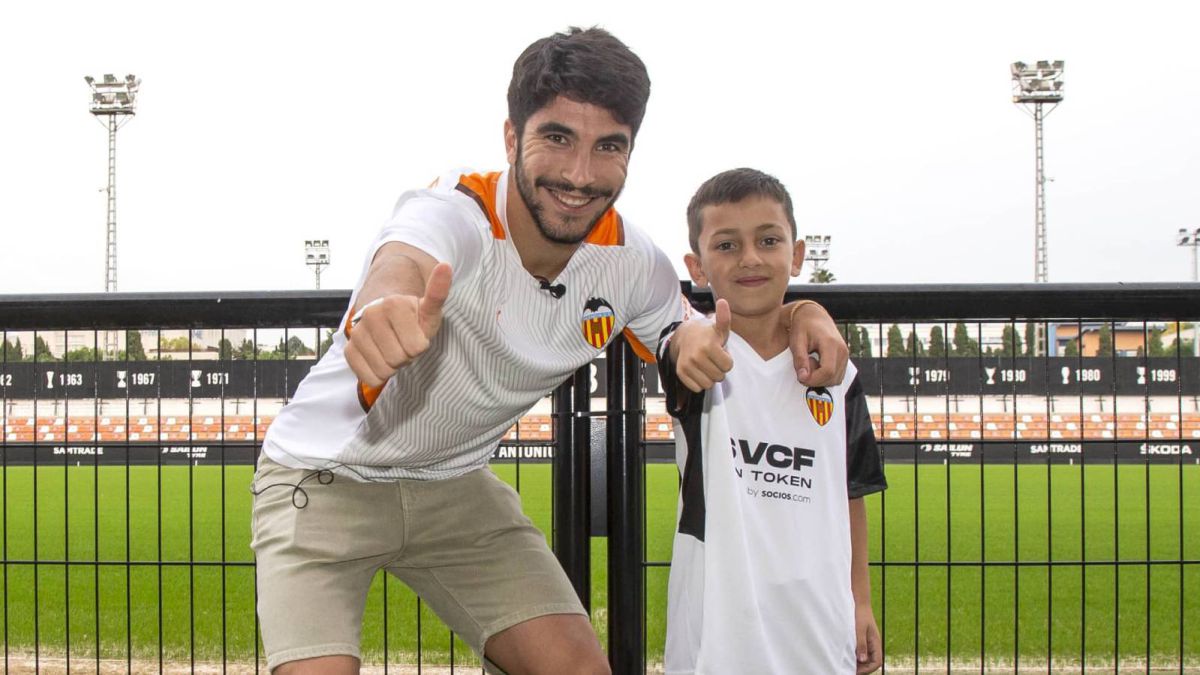 Xavi is 8 years old and a shared passion: football and Valencia. Until a few weeks ago he enjoyed them jointly as a Valencia Benjamin B Foundatio

Xavi is 8 years old and a shared passion: football and Valencia. Until a few weeks ago he enjoyed them jointly as a Valencia Benjamin B Foundation player at the VCF Academy. until after a tournament in Alzira last September he ended with discomfort that far from remitting with the passing of the days they were more to make him limp in an ostensible way. Legg-Calvé-Perthes disease They were indicated by the VCF Academy medical services. The diagnosis was confirmed by the tests carried out at the hospital and It forces Xavi to leave the practice of soccer and any physical activity indefinitely.

The Legg-Calvé-Perthes is one of the so-called rare diseases that affects the hip and produces the destruction of part of the femoral head. The body can regenerate this bone completely or only partially and cause a permanent deformity. “For a child who has nothing but football and Valencia it is a very hard impact to tell him that you will not be able to play. For him and for us. Psychologically we are destroyed ” explains Rubén, Xavi’s father, that in the absence of an effective treatment, clings to the child’s body to end up regenerating correctly. They also cling to known cases that have ended well. What Danish striker Martin Braithwaite, who suffered from this disease between the ages of 5 and 7, being in a wheelchair for two years, and has been able to reach the elite.

“There are children who recover in 4 years, others in two, others in one… Our goal is that Xavi recovers and beyond football, that I can have a normal life, that I can walk well And don’t have any more difficulties, ”says Rubén, who together with his wife have joined the ASFAPE Foundation (Association of Families with Perthes).

After several weeks without stepping on the sports city of Paterna, Xavi returned with his parents last Friday to watch the game that his team, the VCF Benjamín B Fundación played against the Ciutat de Valencia. Before the match, his teammates were all waiting for him with a special shirt: with the photo of Xavi and a message of encouragement that they transferred to him in each of the goals they scored in the game.

It was not the only surprise. Too the Valencia player Carlos Soler wanted to share a while with Xavi, that gave him a shirt with the 10 on the back and a very special dedication for Xavi, who looked at him with a face of not believing what he was living with one of his idols. “We are enormously grateful to Valencia,” explains Xavi’s father. “They have all been very on top: continuous calls, tests … If it were not for Valencia today we would not know in what phase it is, nor what do we have to do. And more with the detail that we have had today, that you have already seen, that Xavi hardly breathed, his heart was not going to see Carlos Soler. And see his team all with the shirt. See how they want it, the players, coaches is shocking. We are very excited, ”he ends.

Rodrigo Palacio retires from football to enter the world of basketball | Other Sports | Sports
The best academies of state football meet in Azpeitia
Away from football: Zidane’s new business
FOOTBALL 4332