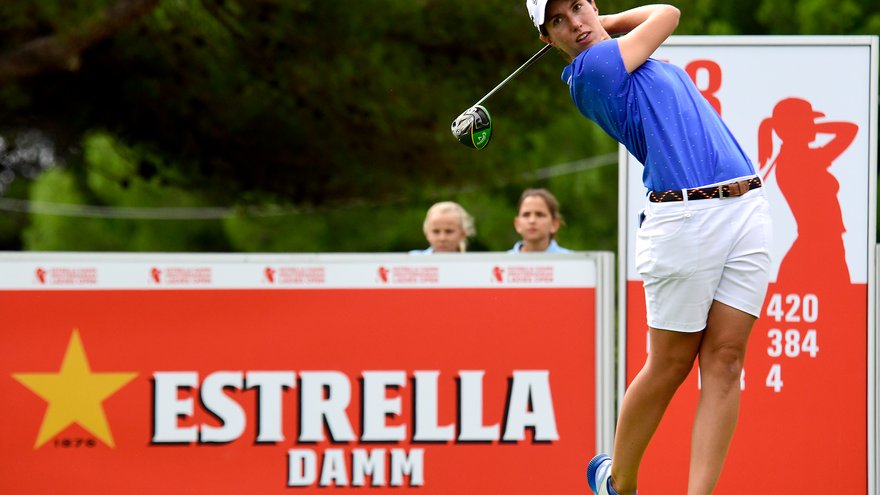 The Estrella Damm Ladies Open presented by Catalunya, is a tournament belonging to the Ladies European Tour that distributes 300,000 euros in prizes

Charlotte Ciganda It will be on its own merits the great Spanish bet in the Estrella Damm Ladies Open presented by Catalunya 2022, tournament of the Ladies European Tour that will be held from July 7 to 10 at the Terramar Golf Club, in the Barcelona town of Sitges. It can’t be any other way after lThe player from Navarra won this test in 2019 and has played a playoff for the title in 2017, with final victory for the English Florentyna Parker.

“The Estrella Damm Ladies Open is one of the tournaments of the season that I try not to miss. It is always gratifying to play in Spain and have the support of the public, but also, the atmosphere in Sitges that week is really special”, declared Carlota Ciganda.

“This will be my second tournament of the season on the Ladies European Tour after the one I played in Saudi Arabia and in which I was fifth.. I’m having a somewhat irregular year so I hope to have a good week and that the Estrella Damm Ladies Open is a turning point. Playing at home and in front of your people is always one more incentive to try to have a good tournament”, she concluded.

Nevertheless, Carlota Ciganda will not be alone in keeping the Estrella Damm Ladies Open at home. Together with the golfer from Pamplona they will be 18 players wanting to show their best version in this second part of the Ladies European Tour in Spain.

Among them stand out Ana Peláez, Nuria Iturrioz, María Hernández and Carmen Alonso. The first is the only Spanish woman who has won this year in the Ladies European Tour and, precisely, she did it in Spain, in the Community of Madrid Ladies Open.

Nuria Iturrioz will arrive in Sitges with a seventh position as the best position so far this season, harvested in the Ladies Italian Open. María Hernández has been, to date, third in the Jogburg Ladies Open in South Africa and came second in the Aramco Team Series – London. And Carmen Alonso has had her best performances of the year in Australia and France, with a third and fifth place respectively.

Likewise, the Estrella Damm Ladies Open will also have the incentive of having four Catalan professional players: Elia Folch, Camilla Hedberg, Paz Marfá and Mireia Prat, which could release their locker of victories at the Terramar Golf Club.

Between everyone, Camilla Hedberg will be, if possible, the player most followed by the local public, since she grew up in Sitges and began playing golf at the children’s golf school of the Terramar Golf Club itself.

Tags: spanish options, heads, at the Estrella Damm Ladies Open
Which golf clubs Charlie Woods plays and why they are the envy of other golfers
They exhibit a photo of “El Bronco” playing golf, he denies it
Swafford wins the American Express on a bad Rahm day
GOLF 1256

Loading...
Newer Post
The European Championship in England, a luxury opportunity for women’s football
Older Post
F1 2022: Checo Prez: What do you need to lead the World Drivers’ Championship?