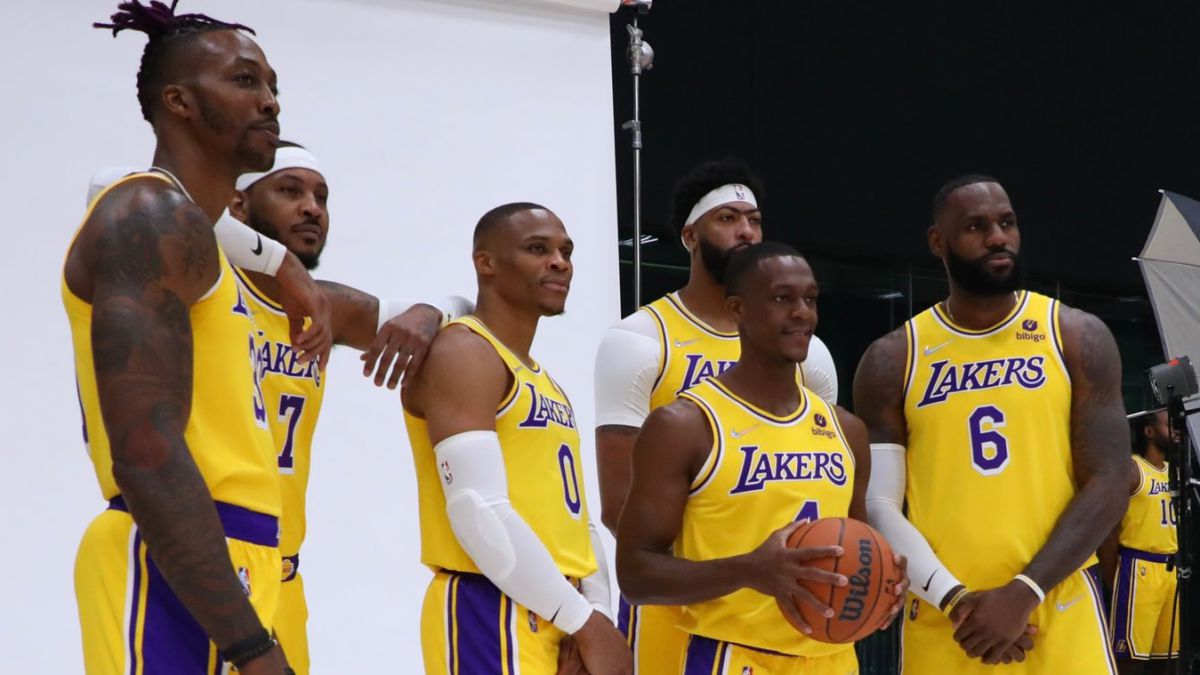 Great expectations in the Lakers after a summer in which they have accumulated veteran talent, with many years of experience, and have added anoth

Great expectations in the Lakers after a summer in which they have accumulated veteran talent, with many years of experience, and have added another MVP, Russell Westbrook, to the duo formed by LeBron James and Anthony Davis, after the transfer made with the Wizards. AND pressure after a bad season, marked by injuries, in which they were defending the championship achieved in the 2020 bubble.

One of the most important signings, a personal friend of LeBron, and one of those who has not yet won the NBA and is eager to do so in one of his last chances He is the one who has set the bar high in the statements prior to the preseason. It is Carmelo Anthony, consecrated with ten appearances in the All-Star or for being the top scorer in 2013 among other successes in teams such as the Nuggets or the Knicks. At 37, and after Portland got him back when he was semi-retired, he sees an option for 2022.

For Melo, however, there is a lot to lose this season. He sees himself as a favorite and believes that not winning the Larry O’Brien would be a failure that can reverberate.

With the excuse of his book When Tomorrows Aren’t Promised: A Memoir Of Survival And Hope the legendary New York gamer went through the show Million Dollaz Worth Of Game to analyze aspects of his professional career and two important moments came together, the current one being one of them, when talking about what this template formed by the Lakers represents.

For Melo there are many hopes placed in the Westbrook, Howard, Jordan, Rondo or himself to accompany James, Davis and Westbrook, but the fall would be hard.

“This is probably the most important season for me. I have already had very important years, but this one here is more important because I know what is at stake. I don’t see it as pressure, but I know what is at stake. And As long as we do not know how to take advantage of it, then other opportunities like this will not come. We have to do it. There are no buts. If we do not, it will happen like with the United States that lost in 2004. It would be the same feeling. We would have to hide a little if we do not achieve the objective. That is what is at stake, but it is also part of the grace “, assures Melo.

What Carmelo Anthony refers to, who curiously has been one of the most important players in the United States in the last fifteen years, is what happened at the Olympic Games in Athens. After the Dream Team and two other Olympics controlled by the North American team came the hit, already announced in the World Cup that they had played in their Indianapolis two years before: they did not even reach the final. In fact, they were charged with a favorite Spain in the round of 16 without them being the ones who went on to the qualifying rounds as seeds.

The gold escaped them, which went to Argentina. They were doomed to the bronze medal, won in a match they won against Lithuania.

That loss with Larry Brown at the head and the subsequent one at the World Cup in Japan, in which Carmelo Anthony and his now teammate LeBron James were part of the team, was the trigger for the US federation to put more pressure on the big stars to participate in summer tournaments. The fall in Athens has been the most important blur, as it is the event that shines the most in the United States’ record, since professional players go to this type of championship.