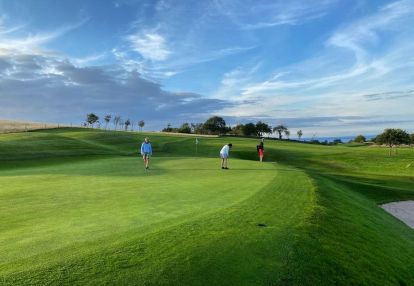 Catalonia climbs positions as a golf tourist destination. The impact that this activity has on the autonomous community is 405.9 million e

Catalonia climbs positions as a golf tourist destination. The impact that this activity has on the autonomous community is 405.9 million euros per yearaccording to figures published in a study prepared by IE University, the Royal Spanish Golf Federation (Rfeg) and the Spanish Association of Golf Courses (Aecg).

Catalonia is one of the autonomous communities that leads the income classifications for golf tourism. A money that comes, to a large extent, from the ability to import foreign capital that this industry possesses and not only from spending on the golf courses themselves. In this way, the average expenditure of the golf tourist who visits Catalonia is 168.8 million euros.

In addition, it is necessary to take into account of the 121,393 jobs generated in Spain derived from the golf sector, 4,682 are created in Catalonia. Another point highlighted in the report is the impact that this activity has on the second home market: 23.9% of foreign tourists who play golf in Spain have a home they own in the country.

In Catalonia, golf attracts international investment in second homes for a total value of more than 1,800 million euroswhich means that 12,254 foreign golf tourists have their own home in the Catalan community.

The president of the Rfeg, Gonzaga Escauriaza, assured during the act that “golf is a sport that brings benefits to society and, therefore, it is not only good for the courses with the arrival of tourists, but also for the Spanish economy , and that moves much more money than in the golf business itself”.

Juniors triumph in SD golf tournament
With great success, the Estudiantes golf tournament was closed
They will hold a Golf Tournament to support battered women and children with cancer
GOLF 1002