Cavaliers 105-92 Magic | NBA: Ricky Rubio recovers the road to victory for the Cavs with his “pieces of art” in the form of assistance 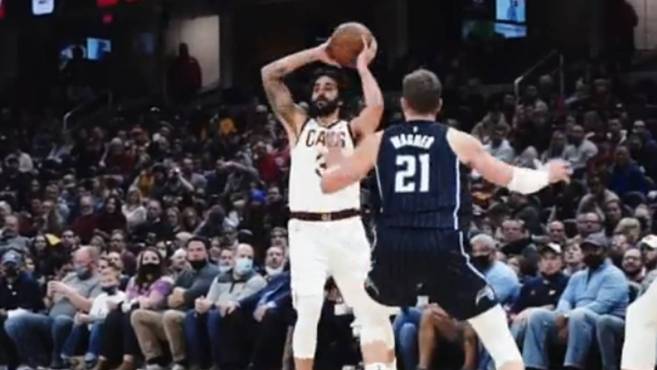 Lyou Cleveland Cavaliers from Ricky Rubio broke their losing streak with a comfortable victory for 105-92 before the Orlando Magic, the last team i

Cavaliers 105-92 Magic | NBA: Ricky Rubio recovers the road to victory for the Cavs with his “pieces of art” in the form of assistance

Lyou Cleveland Cavaliers from Ricky Rubio broke their losing streak with a comfortable victory for 105-92 before the Orlando Magic, the last team in the Eastern Conference to have only won four games so far this season.

The Cavs&#8217; win over the Magic breaks a streak of five consecutive defeats for Cleveland and coincides with the return to the court on Saturday night of the power forward Evan mobley, who suffered an elbow injury.

The Cavs have noted the absence of rookie Mobley, the third in this year&#8217;s draft: Rubio&#8217;s team did not win any of the four games the 20-year-old was absent. Tonight, Mobley played 33 minutes and scored 13 points, 9 rebounds, 3 assists and 4 blocks.

For his part blond he had to settle for 5 points (after scoring only a triple and two free throws), 4 rebounds, 8 assists and 1 steal. The Spanish point guard was the second best passer on the Ohio team with some assists that the Cavs themselves called &#8220;pieces of art.&#8221;

In the Magic, the power forward stood out Wendell Carter Jr., which also got a double-double of 19 points, 11 rebounds and 1 assist. Carter Jr. was expelled from the game with 2 minutes to go after protesting to the referees and smashing his glasses to the ground.

The Magic, a young and inexperienced team that also suffers from numerous losses of important players since the beginning of the season, were able to keep the Cavs at bay during the first half of the game.

Both at the beginning of the first quarter and in the middle of the second, the Magic briefly put themselves ahead of the scoreboard thanks to the performance first of Carter Jr. and later of the shooting guard. Gary Harris and power forward Moritz Wagner.

But Allen&#8217;s inside play in the first quarter and Garland&#8217;s shots in the second were enough for the Cavs to be up to 5 points ahead for much of the first half.

When the teams went to rest, the scoreboard indicated a fair 54-49 for the locals.

Following the resumption of the game, the Cavs improved their shooting percentage from beyond the three-point line, especially thanks to Garland&#8217;s accuracy, which allowed them to increase the lead to 9 points, 78-69, at the end of the third quarter. .

While, the Magic completely deflated. Allen and Mobley imposed their will under the hoops with 7 rebounds between them in the third quarter. In addition, the rookie Cavs punished the Orlando players with 2 blocks.

In the fourth quarter, the Magic, who could only score 20 points in the third quarter, were unable to react. Only Carter Jr. and guard RJ Hampton held out for Orlando.

The Cavs only had to set the autopilot to condemn the Magic to their sixth straight 105-92 loss.

Tags: basketball nba, Cleveland Cavaliers, Ricky Rubio
NBA: Diana Taurasi is officially the Jordan of women’s basketball: declared the Best in History
NBA: The unfortunate phrase that has irritated the NBA: “He pulled the trigger like his father”
NBA: DeMar DeRozan, the Lakers’ biggest mistake this season?
NBA 1389