Cavaliers 115-120 Suns: A failed Ricky Rubio suffers the most heated team in the NBA 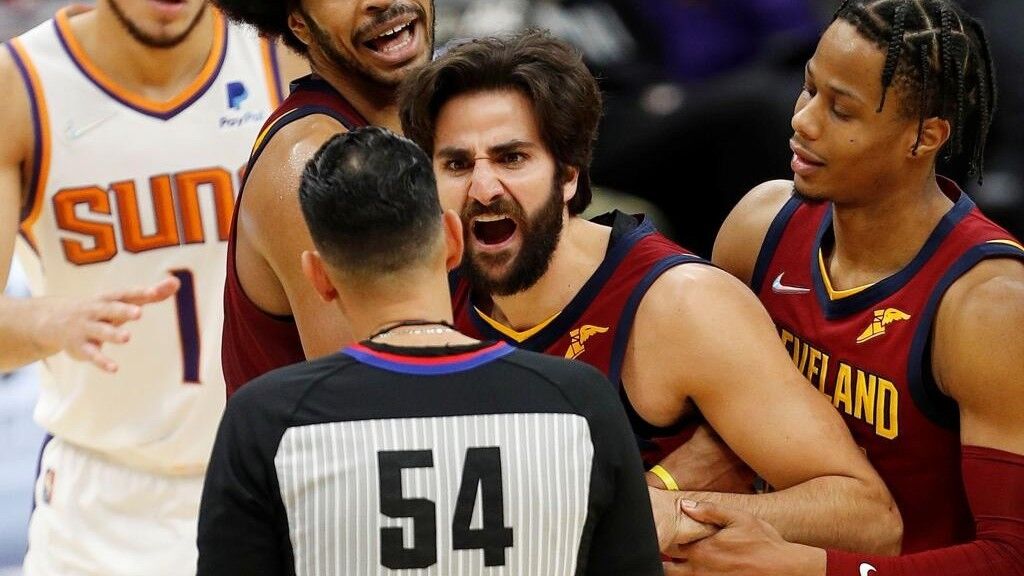 LThe Cavaliers tried until the last second but finally the Suns imposed their experience and achieved in Cleveland their fourteenth consecutive victory by 115-120 despite the comeback of Ricky Rubio’s team in the fourth quarter.

Rubio, who once again had an outstanding performance even though he missed a series of free throws in the last seconds, scored 15 points and added 4 rebounds, 5 assists and 1 steal. The Spanish point guard maintains an average of 15 points per game since joining the Cavs this season, the highest number of his NBA career.

The top scorer of the game was guard Devin Booker, who had 35 points, 4 rebounds, 3 assists and 1 steal while his partner, point guard Chris Paul scored a new double-double with 17 points, 12 assists and 2 rebounds. .

The Suns also featured pivot JaVale McGee, with another double-double of 13 points and 12 rebounds.

For the Cavaliers, the top scorer was the power forward Jarret Allen who had a double-double of 25 points, 11 rebounds and 2 assists. Forward Cedi Osman added 23 points, 4 rebounds, 2 assists and 1 steal.

THE SUNS SUFFER IN CLEVELAND

The Cavs were able to make the Suns suffer in large part thanks to the bench, which scored 52 points to the Suns&#8217; 34 bench. The Cleveland team also added more triples than the Suns, 12-for-8, although their effectiveness from the 3-point line was lower: 30.8% compared to 36.4% for Phoenix.

Rubio was reunited with the Suns, a team in a state of grace with whom he played in the 2019-2020 season. The NBA runners-up, who this year have the best attacking statistic in the league, had 13 consecutive victories.

And they came to Cleveland with the intention of adding a new victory and thus approaching the record of 17 consecutive victories that the Phoenix team achieved in the 2006-2007 season.

For their part, the Cavs returned to the Rocket Mortgage FieldHouse stadium in Cleveland after suffering four consecutive losses, the last on Monday against the Brooklyn Nets 112-117 despite being ahead for much of the game.

As against the Nets of Kevin Durant and James Harden, the Cavaliers faced the Suns without two basic players: power forward Evan Mobley, who suffers an elbow injury, and guard Collin Sexton, who has had meniscus surgery.

With these losses, Cavs coach JB Bickerstaff has been betting on a high starting five (Jarrett Allen, Lauri Markkanen, Dean Wade, Darius Garland and Isaac Okoro) and has booked Rubio to the second team.

The Cavs started the game by taking advantage of the height to attack the Suns paint. Garland and company searched again and again for Allen who did not miss the opportunities. The pvot scored the 5 field goals he attempted and the 2 free throws he took to score 12 points in the first quarter.

On the other side of the court, the effectiveness came from the hand of Devin Booker. The guard did not miss anything in the initial 12 minutes either: 6 field goals, 1 triple and 2 free throws. In total 15 points.

The first quarter ended with an advantage for the Suns, 33-36. But in the second quarter, Rubio, who had only played five minutes up to that point and hadn&#8217;t scored, came into play and the team noticed.

The point guard released his hand and scored 2 triples of 4 attempts, 2 shots of two and 2 free throws to add 12 points in the second quarter. Bickerstaff also gave him more minutes, 11.12. The one from El Masnou only left the court for a few seconds after receiving a knee from McGee in the chest.

After the break, the Suns got off to a strong start and gradually reduced the Cavs&#8217; lead to a 73-73 tie with 6.50 remaining in the third quarter.

Booker and Paul tried to take advantage of the moment to take off on the scoreboard but again the Cavs bench came to the rescue and the fourth ended with a tight 86-87.

It was early in the fourth quarter that the Suns struck. Those of Phoenix took advantage of a series of errors in attack by Rubio, Garland, Osman and Kevin Love to get 10 points up, 90-100, with 7 minutes remaining.

But the Cavs reacted with a successful Osman from all positions and with 3.15 left they tied 107-107.

From there, a couple of tricks by the Suns and a couple of controversial decisions by the umpires, along with the deadly precision of Paul and Booker, ended up subduing the Cavs who kept fighting until the second final to avoid their fifth defeat. consecutive.