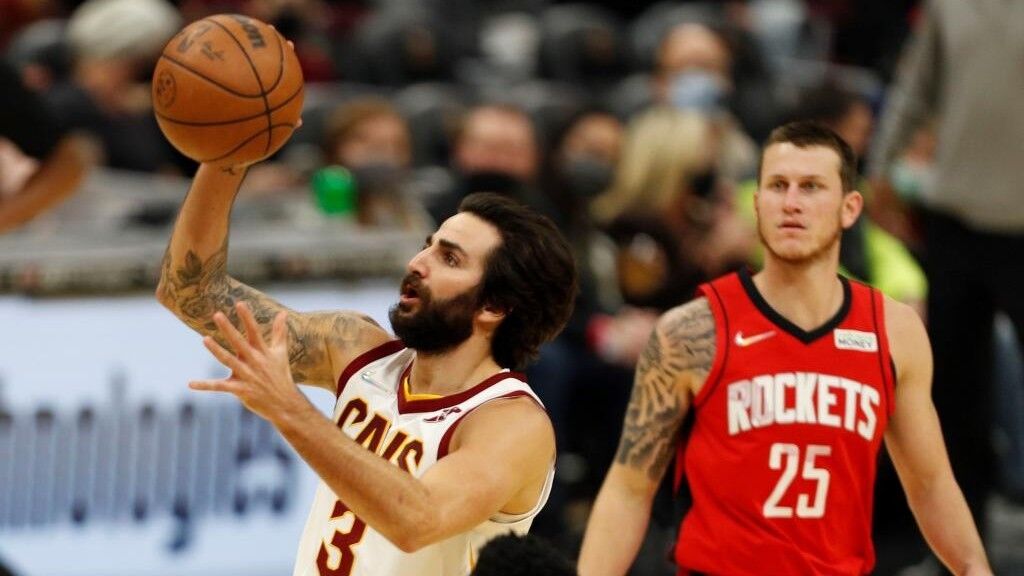 Ricky Rubio's Cavaliers they rolled over some decimated Rockets, in which I played Usman garuba, whom they defeated on Wednesday night by 124-89 in

Ricky Rubio’s Cavaliers they rolled over some decimated Rockets, in which I played Usman garuba, whom they defeated on Wednesday night by 124-89 in a match in which the team of Cleveland came to be 45 points up in the third quarter.

Is the fifth consecutive victory of the Cavs who occupy the fourth place in the Eastern Conference with 18 games won, one of the third in the group, the current NBA champions, the Milwaukee Bucks.

The top scorer of the game was the Cavs point guard, Darius Garland, with 21 points, 2 rebounds and 3 assists, followed by his partner Issac Okoro with 20 points, 3 rebounds and 1 steal of the ball.

Rubio, who this week surpassed the number of 5,000 assists in the NBA, returned to give a recital in the category, with 12 assists (the highest figure he has reached this season), plus 7 points, 2 rebounds and 4 steals.

and Dean wade, who replaced the injured in the starting five Evan mobley, made a double-double of 16 points, 10 rebounds and 1 assist.

The Rockets’ most effective man was Alperen sengun, which after starting the game from the bench ended with a double-double of 10 points, 11 rebounds, 5 assists, 2 steals and 1 stopper.

The young man from Madrid Usman Garuba played 17 minutes for the Rockets and scored 3 points, 4 rebounds, 1 assist and 2 steals.. Garuba was the Only Houston player to finish the game positive in the plus / minus section.

With the team decimated by injuries, the Houston team reached the Rocket Mortgage FieldHouse of Cleveland hoping to maintain its upward trajectory, after winning 8 of the last 10 games played.

But the absences of Eric Gordon, Christian Wood, Kevin Porter Jr., Jalen Green, Danuel House Jr. and John Wall They were too much for the Houston team, who at no point in the game posed any problems for the locals.

The Cavs, who had also won 8 of the 10 games they had played until tonight but with great authority (all their victories have been in double digits), applied to the Houston the recipe that is making them fearful against any rival.

Cleveland’s men mercilessly crush their rivals in the first half of games and create a gap on the scoreboard that ends with the majority in the third quarter.

The same thing happened against the Rockets. The Cavs started the game 7-0 in 3 minutes to set the tone. The Houston team did not allow themselves to be overwhelmed initially and managed to keep the Cavs within their grasp until the middle of the first quarter.

At that point, with a 12-9 score, Rubio, the Cavs’ second-unit leader, came into play. And the Cavaliers soared.

In less than 6 minutes, Rubio distributed 4 assists, scored 5 points, stole 2 balls, captured 1 rebound and starred in the game sequence. With 26 seconds remaining in the first quarter, El Masnou’s point guard stole the ball and concluded the play with a basket with 1 second left on the clock. But in that second, Rubio stole the ball again and made a back pass to Ed davis for the veteran to easily score another 2 points in the middle of the stadium frenzy.

With the clock at 0, the entire Cavs bench rushed to receive Rubio. The Cavs had beaten the Rockets with a 23-7 run since Rubio had entered the court, which left an overwhelming 35-16 at the end of the first quarter.

The Rockets never recovered from the blow. In the second quarter, Rubio completed his performance with 4 new assists, 2 points and another 2 steals. The Cleveland team scored 34 points, distributed among 8 players, while the Houston team settled for 22.

At halftime, the score was 69-38, a 31-point difference as a result of the Cavs’ total basketball. The Rockets went to the locker room with an 11.8% accuracy from the line of 3. The Cavs were 52.9% in that chapter.

After the break, the Cavs continued to increase the lead, which reached 45 points, 84-39, 4 minutes into the third quarter. Since 2016, Cleveland hadn’t been that high in a game.

From that point on, the Cleveland players lost interest in the game. Even so they scored and reached the 100-point mark in the closing seconds of the third quarter.

The last quarter was pure paperwork. In the absence of 7.30 until the end of the game, JB Bickerstaff, the Cavs coach, put the rest of his bench on the court and the lead on the scoreboard was cut to the final 35 points, 124-89.