Cavaliers vs. Nets | NBA Play In 2022: Kyrie Irving’s fiery hand quotes Brooklyn with Boston in the first round of the Playoffs 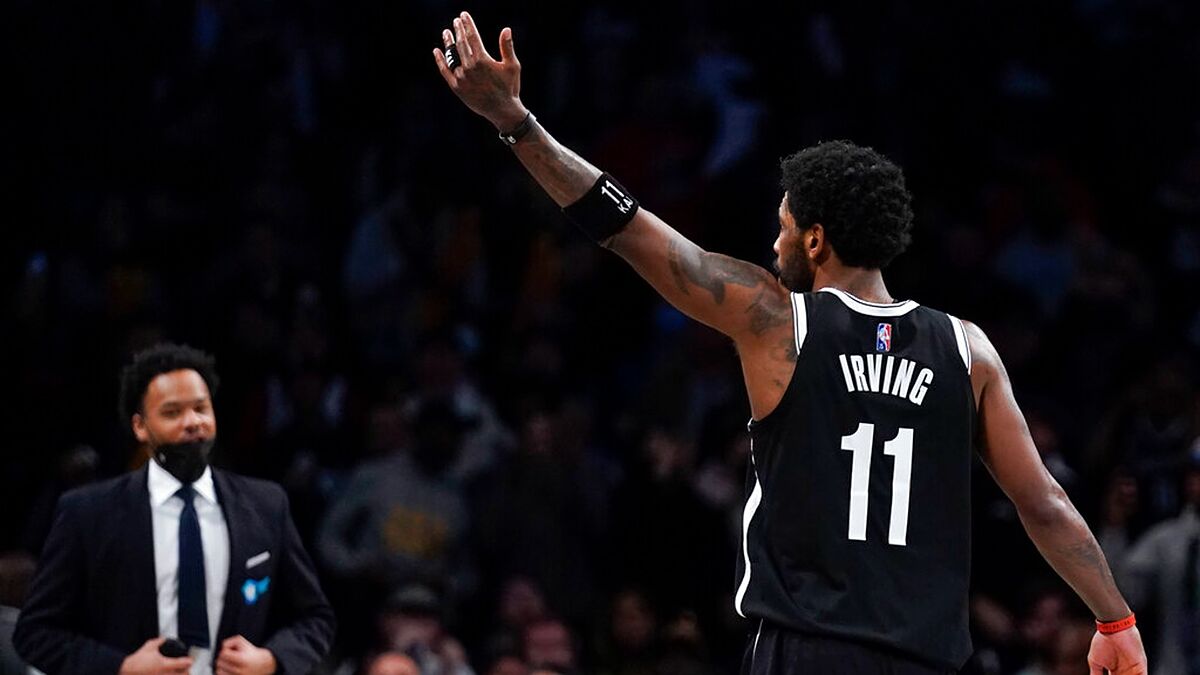 Let Boston come. That's the next stop in the revival of the Brooklyn Netswho were in 10th place a short time ago, but no longer look like the under

Let Boston come. That’s the next stop in the revival of the Brooklyn Netswho were in 10th place a short time ago, but no longer look like the underdog.

Kyrie Irving added 34 points and 12 assists, and the Brooklyn Nets kept the seventh place in the Eastern Conference after beating the Cleveland Cavaliers 115-108 on Tuesday in the first match of the playoff minitournament.

Kevin Durant added 25 points and 11 assists for the Nets, who took a 20-point lead in the first quarter and repeatedly repelled the Cavaliers to secure a matchup with second-seeded Boston in the series that begins Sunday.

“I know the team very well and they know us well, then it’s going to be back and forth,” acknowledged Irving, who played with the Celtics, “once they throw the ball in the air, you’re really going to see some spectacular basketball.”

Irving made his first 12 shots before his 3-pointer bounced off the rim in the fourth quarter. He ended up making 12 of 15 shots.

Favorites before this season for the NBA Finals but reeling during a turbulent campaign, the Nets reached the last week of the regular campaign in the tenth place. Now they have a five win streak. With Durant and Irving they have been seen more threatening than a usual seventh place.

And both are willing to share the ball with their teammates who capitalized when they received it. Bruce Brown had 18 points, nine rebounds and eight assists, while Andrew Drummond scored 16 units.

Brown, who hails from Boston, discussed how they can continue to do that against a Celtics that will be without a key defensive player in Robert Williams. Durant looked exasperated when he heard it.

“It’s not going to be easy, that’s what I tell youDurant warned.

Unless they play like they did in the first period. the Nets made 71% of their field goals in that span – Irving and Durant had eight shots – and closed the period with a 15-3 run that made them 40-20.

darius garland scored 34 points for the Cavaliers, who will have another shot at eighth place. On Friday they will receive the winner of the duel between Atlanta and Charlotte. The winner advances to face Miamiwho ended up as leader of the East.

Tags: Claro-MX/Basketball/Nba
Spurs vs. Mavericks | NBA 2022: Doncic puts the Mavs on alert: injury in the last game of the season and he is a doubt for the Playoffs
NBA Playoffs 2022: Devin Booker’s mockery after imitating Doncic’s flops: “The Luka Special!”
Former NBA player Adreian Payne dies in Florida shooting
NBA 3524