Cavani: “I came here because football is experienced with a passion that fills and motivates us footballers” 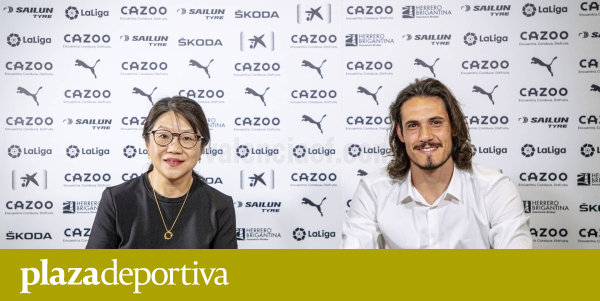 VALENCIA. Edinson Cavani has assessed for the official Valencia CF media his recent incorporation to Gennaro Gattuso’s team. The Uruguayan explains that “these were very long days. We were eager to want, know and get to this moment. We know what Valencia CF represents, what it is; that excites us and motivates us for this new challenge”.

The ‘Matador’ highlights that he immediately detected on social networks the stir that Valencia’s interest in his signings had aroused among the bat’s followers. “From the first moment, it’s not just where they want it, but there is interest in being there and that’s how it was. They always showed me their affection, the desire to be here. I know that Valencia CF is a big, important and that is an important and beautiful challenge for me”. And he adds that the “passion” with which football is lived in Mestalla had also added positively to his decision-making: “I came here because football is lived here with a passion that fills us footballers and motivates us to go out to the court”.

Cavani insists on valuing the “energy” that the Valencia fans have shown him before everything materialized. “That energy comes to one. One comes with the desire to give to all the people who showed me affection without even me being here. I hope to repay them with effort, work and good results together with my colleagues. Human beings are of energy and feeling, there is something that drew me here and something that led me to come, which was not only that affection that had been generated by the Club and the people. I am very happy to be part of the history of this Club. Hopefully we can walk and do nice things.”

Regarding his return to the playing fields and his debut with the Mestalla club, the Matador does not set any deadlines. “To compete at this level you need to be at your best, train with your teammates, get in shape. When you don’t have to train with a club, it’s a matter of time and we’ll be at our best to give our best,” he explains.

“In football, winning is very important and beautiful, it’s something we all want, but there is a process behind it. To win there are important things, to prepare one hundred to give one hundred. I move with that goal. top and give one hundred with my friends and teammates, and achieve things that is what rounds off a good performance”, he adds.