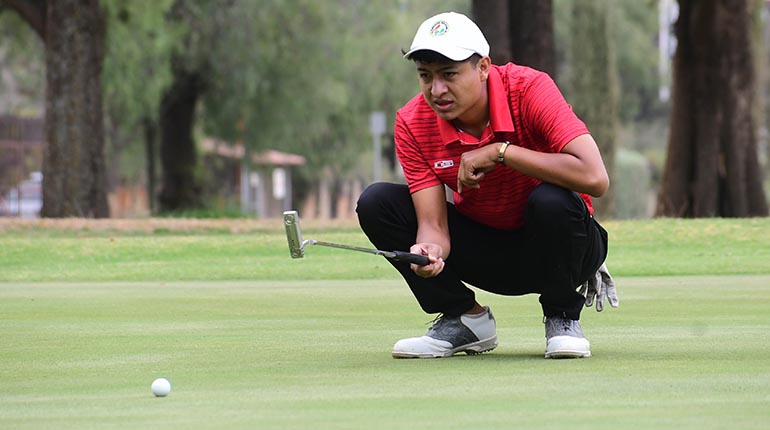 The Country Club Cochabamba (CCC) team swept the titles and won the Bolivian Golf Federation Cup (FBG) 2022, in a contest that concluded yester

The Country Club Cochabamba (CCC) team swept the titles and won the Bolivian Golf Federation Cup (FBG) 2022, in a contest that concluded yesterday in the links of the aforementioned club, in the Bolivian Circuit of the Alalay lagoon.

In new categories, the CCC won seven, leaving La Paz and Chuquisaca with one title to their credit.

In the Scratch category, Cochabamba took the podium in both branches and with a good score.

In the men’s branch, the CCC team, made up of Cristian Terceros, Enrique Galindo and Vicente Quiroga, finished the three days with 437 hits, which left the Urubó and Las Palmas clubs from Santa Cruz as escorts.

The remaining titles for Cochabamba were achieved in: Third B with Marcelo Montecinos, Raúl García and Luis Balanza (614); Third A with Enrique Galindo, Félix Vezjak and Ernesto David (552); Second was won by Marcelo Quiroga, Matías Maldonado and Óliver Saavedra (505); First it was conquered by Fernando Medina, Manfred Mayer Jr. and Federico Moscoso (479).

Reed sues Golf Channel for defamation… asking for $750 million!
The BMW PGA, which was interrupted by the death of the Queen, resumes this Saturday
Two young talents of local golf open another stage
GOLF 1514

Loading...
Newer Post
Barcelona’s win over Pumas, the reality of Mexican soccer? LUP analyzes it
Older Post
What Yuberjen left his debut as a professional boxer