CDMX: First day of Formula 1 and this is how Checomania is lived 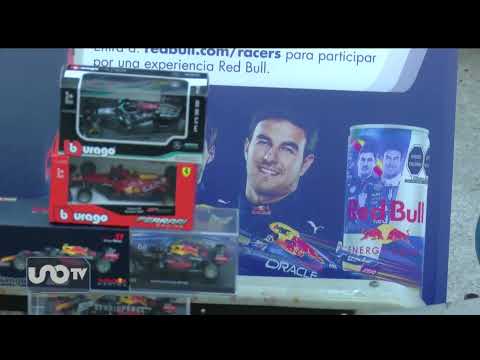 From a pedestrian bridge, David waits for his idol's RB18 racing car, Sergio "Checo" Perez. Although he did not get a ticket to enter the practices

From a pedestrian bridge, David waits for his idol’s RB18 racing car, Sergio “Checo” Perez. Although he did not get a ticket to enter the practices of the Formula 1 Grand Prix, he wished success to the number 11 of the Red Bull team.

But he was not the only one attracted by the phenomenon of “Czecomania”Tens of thousands came to the Hermanos Rodríguez Autodrome to support the man from Guadalajara.

Giussepe Ángel traveled from Celeya, Guanajuato, captivated by the story of overcoming “Czech”.

This goes beyond sports, but what “Checo” Pérez transmits, that is, it is illusion and also the progress of the Mexican, that everything is possible.

In the shop windows of the stalls, his shirt transcended, also replicas of his car to scale and Irma Romero dedicated a piece to him with an organ grinder.

The atmosphere that is lived is very enigmatic, the truth is that you have to come to experience it.

From his father’s shoulders, a boy wished for the first place podium for “Czech” the next Sunday.

May it win for everyone in the City.

While his father kept the illusion that he would at least get second place in the drivers’ championship.

More than 2,500 members of the capital’s Police guaranteed the safety of the attendees on the first day of the Mexico City Grand Prix.

Loading...
Newer Post
Video: With rod and golf club they star in a fight in a viewpoint
Older Post
Saturday’s TV agenda: PSG with Lionel Messi, European football and rugby, Formula 1 in Mexico, the Hindu vs. CUBA from the Top, the Hurlingham polo finals and the Copa Libertadores and NBA