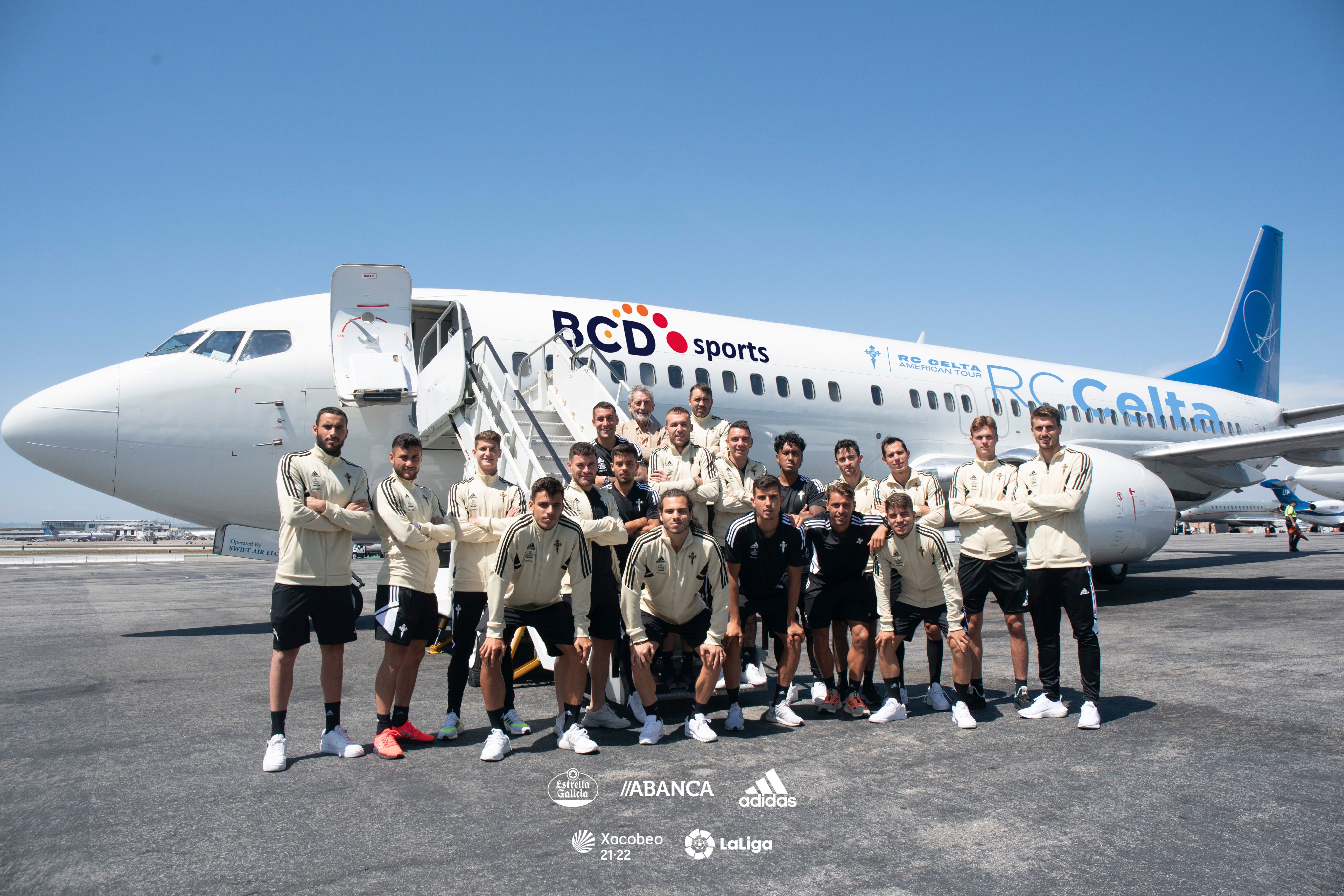 The celestial expedition to the United States, for the first time in the history of the club, is

The celestial expedition to the United States, for the first time in the history of the club, is serving to prepare for the new season, with hard physical training, but also to integrate with some Yankee cultures.

During their stay in Oakland, between sessions, several footballers from the first team get to know the star sport in North America: American football.

Iago Aspas, Hugo Mallo or Javi Galán, among others, changed the circular ball for the oval for a moment. They visited Levis Stadium, the home field of the San Francisco 49ers, one of the iconic teams in the NFL.

There, Celta players showed their skills. “It doesn’t matter how the goal is if it’s about scoring… right, Aspas,” Celta’s account wrote on social networks, accompanying the text of a video in which the Moañés is seen executing a faithful goal.

A few days before, another mini-expedition, including Miguel Baeza, enjoyed the experience of attending a baseball game of the legendary San Francisco Giants.

Celta will play their second game of the American tour on the 20th against the San José Earthquakes. Later, he will return to Vigo to complete his preseason, where Unai Núñez, fourth sky blue signing, is waiting.

Tags: American, pass, players
the Marist who founded one of the most important football teams in Europe
Best of 2021 in the NFL: Tom Brady added to his legend with another ring
Baby football continues at a steady pace
FOOTBALL 3177