Celtics vs. Warriors | NBA Finals 2022: The 5 points that Golden State must take care of to tie the Finals after losing Game 1 against Boston 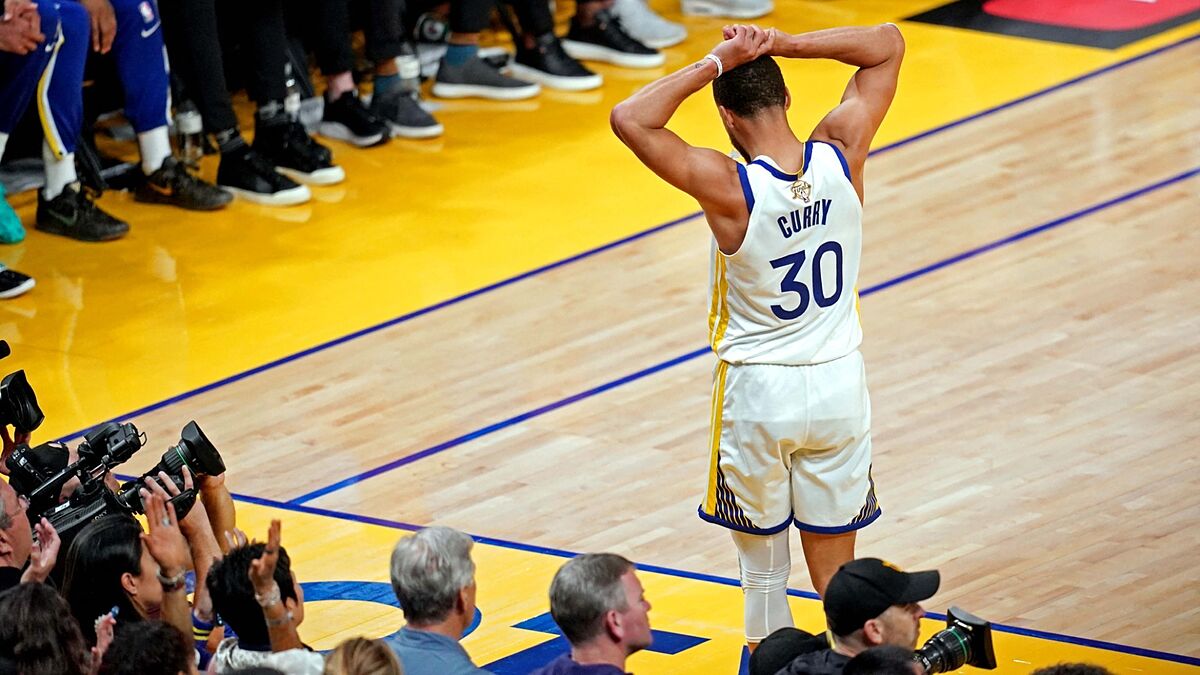 Golden State lost Game 1 of the NBA Finals despite reaching the fourth quarter with a 12-point lead. A great third period allowed them that advanta

Celtics vs. Warriors | NBA Finals 2022: The 5 points that Golden State must take care of to tie the Finals after losing Game 1 against Boston

Golden State lost Game 1 of the NBA Finals despite reaching the fourth quarter with a 12-point lead.

A great third period allowed them that advantage, but in the second quarter there were already warning signs, since they finished down on the scoreboard, 56-54and the ailments reappeared in the last 12 minutes that have them against the wall, looking for solutions so as not to return to Boston with a 0-2 disadvantage. There are five points that will allow them to even the series before leaving the bay.

They have to score the open shots

The story of Game 1 was that Al Horford, Marcus Smart, Derrick White and Peyton Pritchard were 17 of 26 from 3-point range (Boston overall shot 51.25). Golden State didn’t do too badly (44.3%), but 14 of 19 shooting came courtesy of Curry, Klay and Otto Porter. Jr. The rest were left open by design and didn’t make the opponent pay: Draymond (0/4), Wiggins (2/7) and Poole (1/5). And if they don’t feel in rhythm or with confidence, attack the rim and let Boston continue in skirmish mode looking to recover marks.

With the attention Curry and Thompson have, there will be free throws. They have to put them. Yes, as obvious and ridiculous as it sounds: the key to basketball is making shots.

The Celtics will hardly throw the entire series like in Game 1, but Klay Thompson himself recognized it: if they leave shots that open in the NBA, you end up paying for it.

The plan to collapse against Tatum’s drives worked because it left him within 12 points, but the cost was that they were too late to shut down the shooters. According to the data of NBA Statisticsthe Celtics threw 52.9% from the field on ‘open’ shots (with at least 4 feet from his closest defender), which didn’t look catastrophic, but the only ones who didn’t shoot well were Tatum himself (1/8) and Grant Williams (0/1); the rest, 61.9% and none below 45%.

They have to do a better job of keeping track of where their mark is even when they step into the paint to make it difficult for Tatum, who they have to keep at bay like in Game 1, but rotate better to cover when he passes the ball. 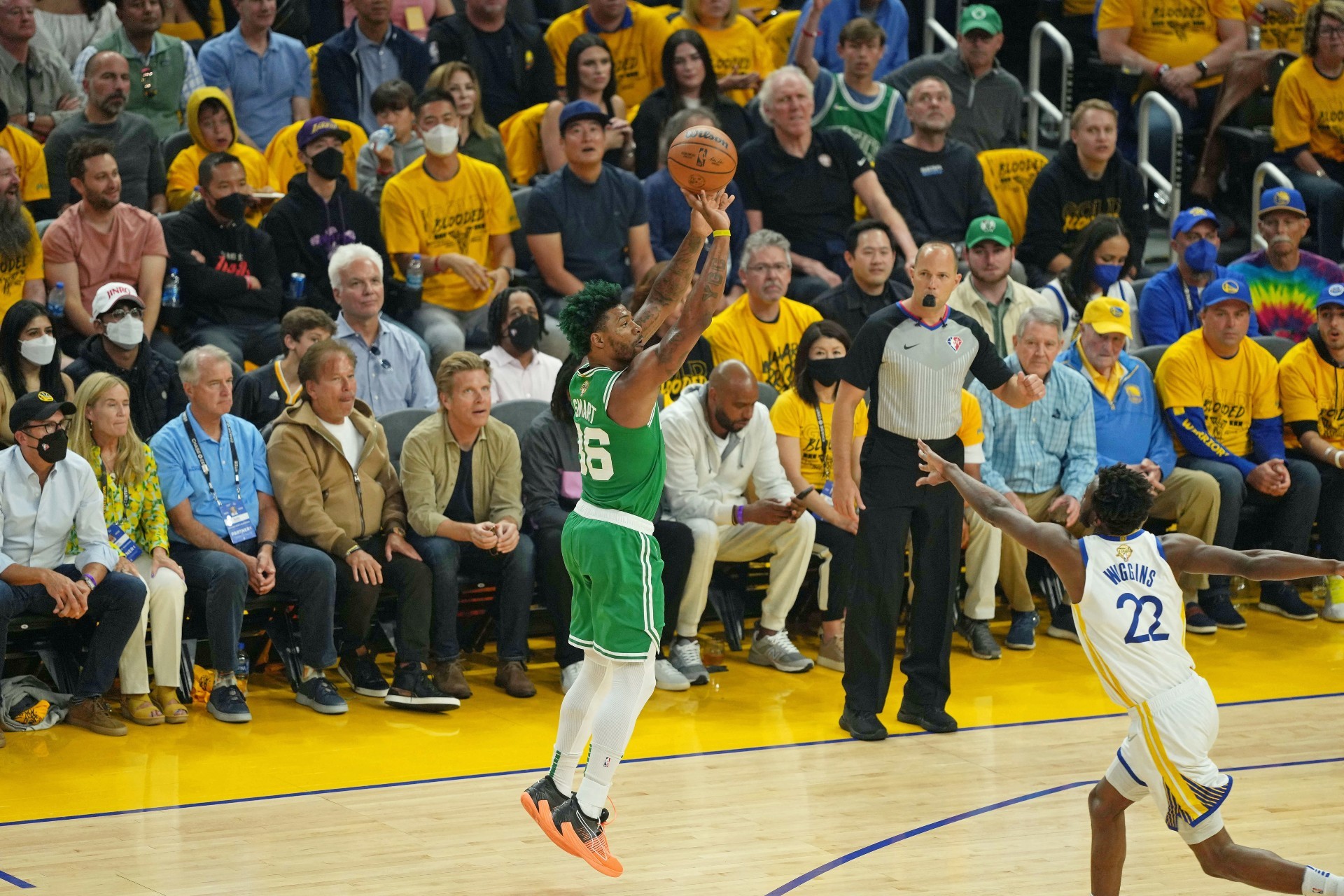 The Golden Age of the Warriors was defined by their small box: the Death Lineup, the Hampton Five with Durant and now the Poole Party. The problem is that Boston was better with only one tall man on the floor.

Al Horford and Robert Williams started the match, but lhe Celtics were better with only one on the floor: +23 only with the Dominican in 10 minutes, +8 in six only with ‘Time Lord’ on the court.

Williams and his ability to alley-oop It is something that cost them to defend. Al Horford found his shot again, something that may not be repeated, but he has a great ability to pass and, above all, opens the floor for Brown, Tatum and Smart.

The Warriors have to push on defense, but they also have to attacking Peyton Pritchard or Grant Williams or Derrick White on offense, because it is not its main virtue. They are not as bad in defense as Poole or Curry himself, but they have to take advantage of the fact that there is no protection in the paint as when the two centers are there.

The son of ‘The Glove’ broke his elbow against Memphis. He has not played since then, although he was available for the first of the Finals. He’s not the tallest player, but he has arm reach that allows him to fight in the paint against bigger guys and shoot better triple than Iguodala (35.8% in regular season, 6 of 8 in Playoffs). A 3-point player and defenseman made to order, but who is out of rhythm. Getting him back could be key. 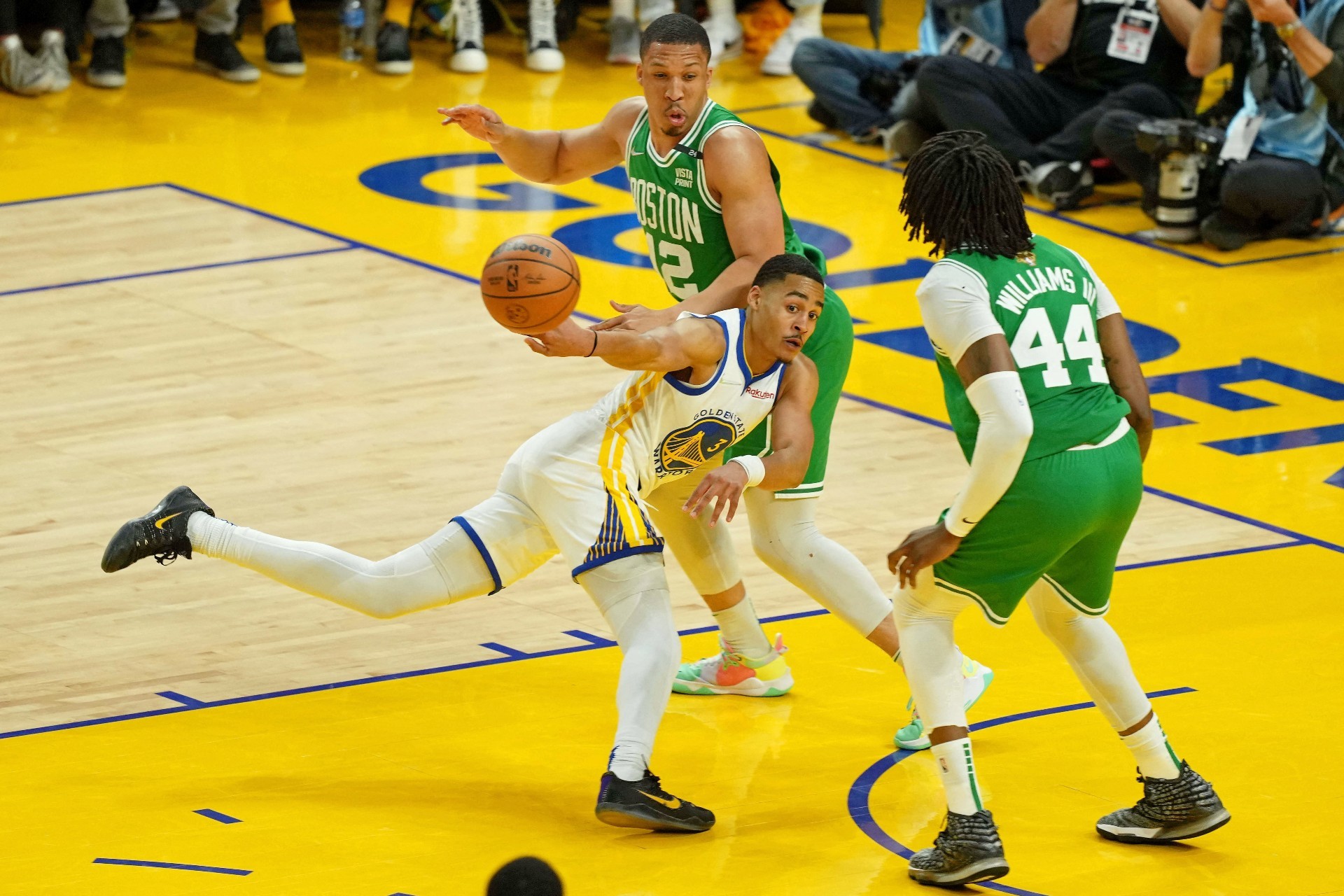 Poole was the sensation in the regular season and had brilliant moments in the Playoffs, but ‘Swaggy’ committed 4 turnovers and shot 2 for 7 from the field (1-for-5 3-pointer) on Thursday. Every time he is on court he is attacked in the defensive sector, but if he keeps this version in attack, 25 minutes could be a lot.

In the usual Warriors rotation, Poole runs the offense when Curry rests at the beginning of the second and last quarter. Minutes that could be reduced. Steph could (and even should) play a couple of minutes more than the 38 in the first game. Yes, it’s the Finals and there’s more intensity, but there will also be two rest days the rest of the way, except between Game 3 and 4. There’s time to recover and Chef gets a lot more attention on offense, not to mention off. Defensively, although he is more attacked, he has more experience to not look as bad as Poole.

Loading...
Newer Post
NBA closed the celebrations for its 75th anniversary in Mexico
Older Post
Jaime Mungua gives his opinion on the Canelo vs. Bivol fight: “I saw him unfocused”