Chaco Hoy – boxing: Maravilla prepares to return to the ring 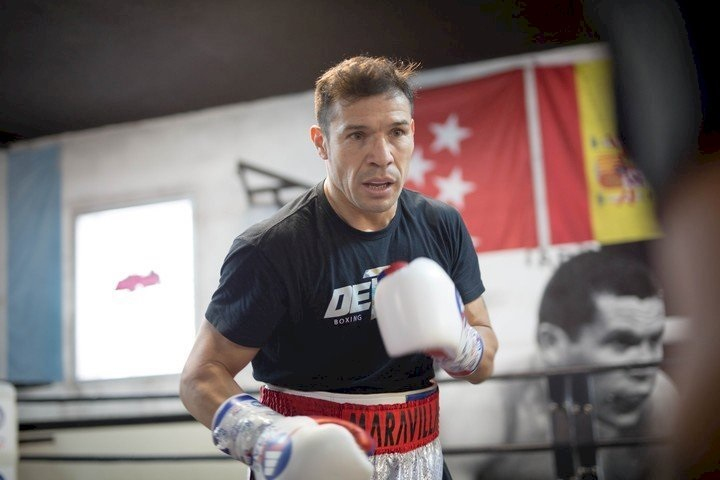 The great boxer from Quilmes has the

The great boxer from Quilmes has the goal of competing for the world title.

Boxer Sergio Martínez, a former super welterweight and middleweight world champion, will return to the ring for the fourth time since returning to the competition. At 46 years old, he is confident of being able to beat the British Macaulay McGowan the next 27 at the Wizink Center in Madrid and said that he dreams of reaching the end of the year at a level of “10 points out of 10 to face a championship fight of the world”.

The great boxer from Quilmes has the goal of competing for the world title. Being the owner of an outstanding record of 54-3-2 and 30 KOs, Maravilla is coming off three wins in his comeback after six years and two months of inactivity. In that sense, Martínez specified that he feels that his preparation is “excellent” to defeat McGowan, with a record of 14-2-1 and the merit of never having been knocked out.

“For a world championship fight you have to be 10 out of 10. If you look at the world champions, anyone, Murata (Ryota), Eubank (Chris), Andrade (Demetrius), who boxes fabulously, in addition to the physical build and so on, you touch it and your hand hurts. It’s a rock,” he added.

Tags: government of currents, schools, step of the free
Rappi signs alliance with McLaren Racing and sponsors a Formula 1 team
This is what the single-seaters of the candidates for the Formula 1 world championship look like
Dwayne Johnson’s Sneaker Brand Signs Multi-Year Deal With UFC
BOXING 3138

Loading...
Newer Post
Tlaxcala has three prospects in boxing for Paris 2024
Older Post
Fighter Paige VanZant reveals that she recorded an intimate video with her husband