Champions | This is how England experienced Madrid’s comeback 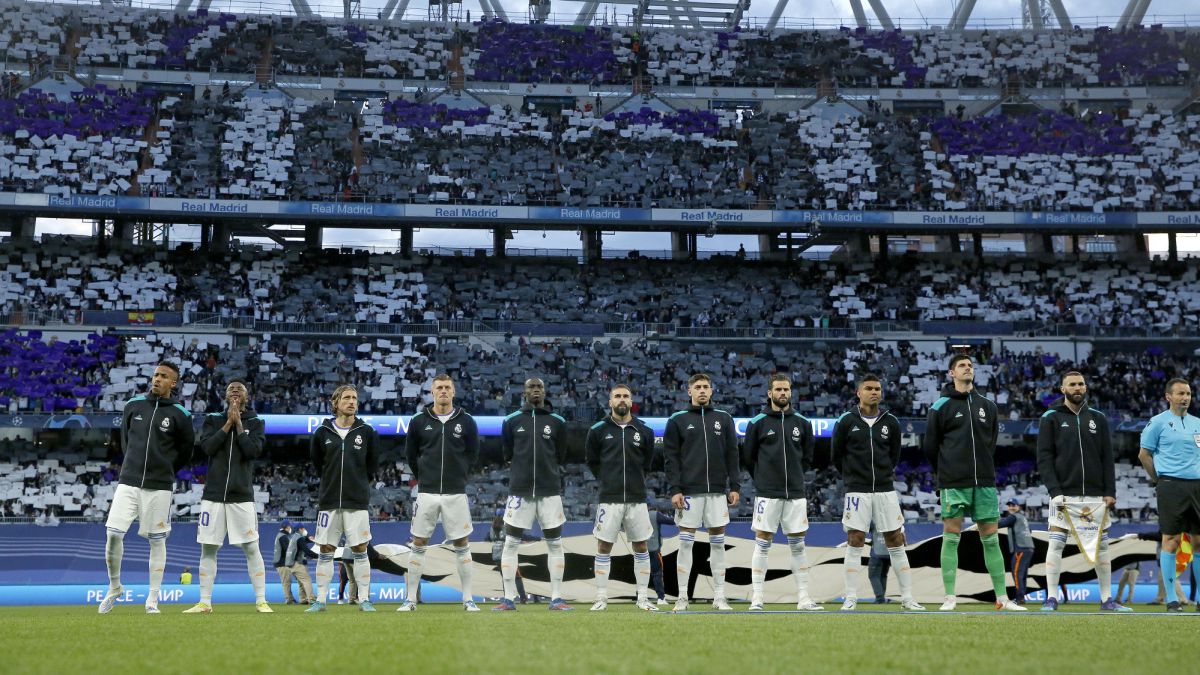 Real Madrid won again, once again against an English team, once again coming from behind at the Santiago Bernabéu in the Champions League... and f

Real Madrid won again, once again against an English team, once again coming from behind at the Santiago Bernabéu in the Champions League… and former Premier League players and journalists were the first to praise the Whites. Manchester City was the victim of Madrid in the semifinals, which eliminated Chelsea in the quarterfinals and will be seen in the final against Liverpool, another English team.

The defeat of Pep Guardiola’s team was echoed by The Times, which headlined “Madrid’s ambush: two minutes stun City in stoppage time.” The historical English newspaper praised those of Ancelotti and did not agree with the unbelievers. “Real has done it so many times that it can’t just be luck,” he concluded.

More blunt was The Athletic, the reference sports portal in England, which drew the following conclusion: “Real Madrid know how to win the Champions League. Manchester City just don’t.” But the story of the white team is well known on the other side of the English Channel and Samuel Luckhurst, a journalist for the Manchester Evening News, was in charge of portraying it: “That is why Real Madrid is the biggest football club on the planet. Their European Cup pedigree is unmatched and that’s why every elite player aspires to play for them.”

Benzema and Ancelotti, on top

The Madrid figures occupied the headlines in England, which covered Karim Benzema with flattery. The Frenchman scored the final 3-1 penalty, culminating the feat and Alan Shearer, the historic English scorer, wrote about him on social networks “Do what you want”. Along the same lines, the English newspaper The Guardian focused on the striker and headlined: “Benzema completed a dramatic comeback to have a place in the final”.

One of Benzema’s great admirers is Thierry Henrywho despite playing for Barcelona, ​​is his compatriot and supports him in the race for the Ballon d’Or, although he wants to wait for the Champions League final in Paris. “The thing about the final, what makes it even bigger, more spicy, is that there are going to be the two candidates for the Ballon d’Or, which are Mané and Benzema. I still think that Benzema is ahead but if Mané wins the final with Liverpool and they win the four titles (Premier, Champions, FA Cup, Carabao Cup), it will be a good argument and it will be good for Africa; but I still prefer Benzema”.

In addition to Benzema, another of Madrid’s emblems for the English media is Carlo Ancelotti, who is on top, even more so, after the win against Guardiola. Both Rio Ferdinand, Joleon Lescott and Steve McManaman, former players and yesterday commentators for BT Sports at the Bernabéu, were clear that Ancelotti was one of the main responsible for this streak. “If you talk about great coaches of the modern era, Ancelotti has to be among the top three”, admitted the three legends.

However, the former player most impacted by what he experienced at the Bernabéu was Rio Ferdinand, who hours after the end was still incredulous. Villarreal’s game the day before had been very vibrant, too. Hence, the legendary Manchester United defender defined his experience this way: “A surreal couple of nights in the Champions League…grateful to be at the Bernabeu tonight.”

L’Equipe: Madrid ‘forced’ PSG to pay 40 million for Nuno Mendes
Rami, in ‘L’quipe’: “They tried to drown me several times and I’m still here, standing”
Guillermo Almada, what the Uruguay National Team would offer him
FOOTBALL 2733

Loading...
Newer Post
Dmitry Bivol net worth: How much will the boxer earn for his fight with Canelo?
Older Post
Emporio Valenciano looks for the triplet in the Liga4Boxing