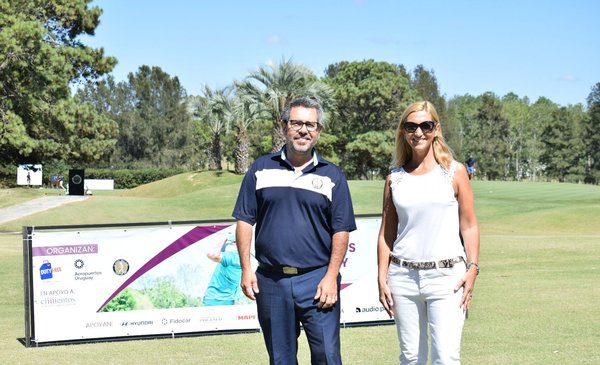 Aeropuertos Uruguay and Duty Free Uruguay organized the Cimientos Uruguay golf tournament for the first time in Punta del Este. The meeting aimed to raise funds for the Cimientos institution, a non-profit organization, whose purpose is to support the educational trajectory in the public system and the successful completion of secondary education for young people from the most unfavorable context. The organization has been present in three departments of Uruguay since 2012 and has already supported more than 400 students.

The tournament was developed in two exclusive days for club members, several differentiated categories between ladies and gentlemen were played in which more than 130 players participated.

The first edition of the Cup “Fundación Cimientos 36 Holes Choice” had as winners, in the tournament “Last 18 holes”, in Ladies, Ana Carlisle. In Men, in the category “19.2 and more of index” the winner was Juan Carlos Echeverz, in “11.3 to 19.1 of index” Jorge Terra and in “up to 11.2 of index” Félix Zamudio. In the “18 Holes Choice Score Award”, in Ladies, Gabriela Fasoli was the winner and Mónica Colombo finished second. In Men’s category “19.2 and above index” José Pedro Varela was the winner and Jorge Birkner finished in second place. In “11.3 to 19.1 of index” Carlos Manini won, while Alfredo Hitce finished second. Finally, in the class “up to 11.2 index” Mariano Domínguez was the winner and Gonzalo Pieres second.

Loading...
Newer Post
NBA: A huge Embiid does not prevent the hit of the Sixers in the capital
Older Post
Ryan Garcia thinks of doing three fights in 2022