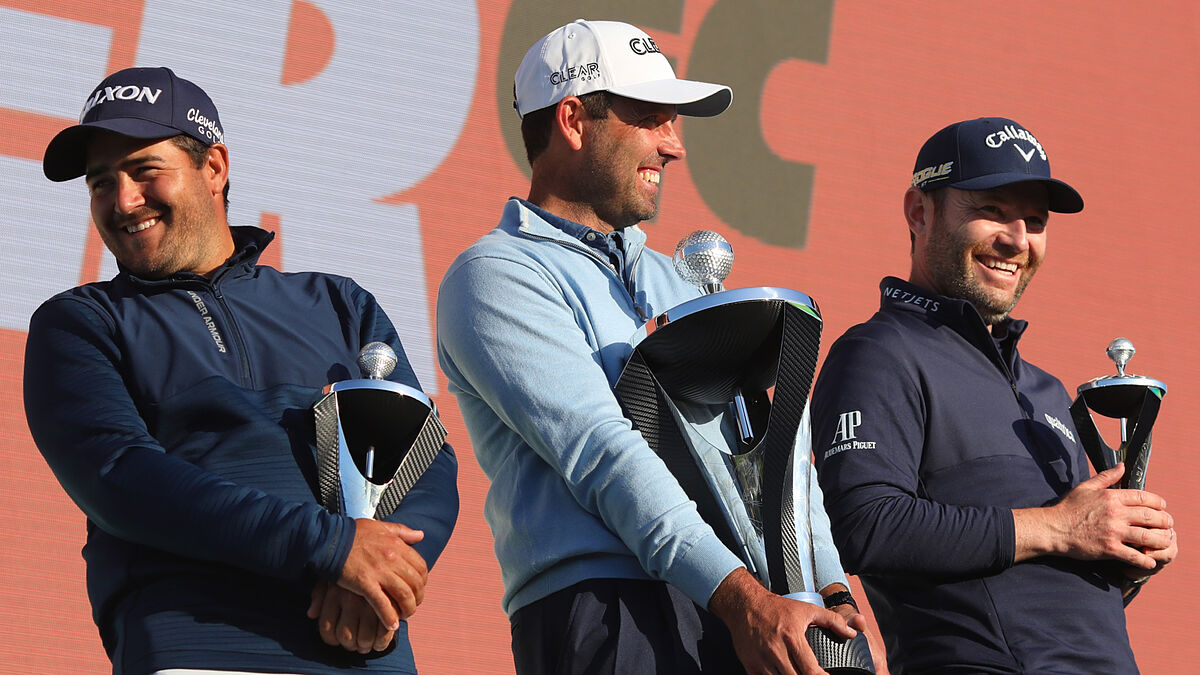 at this amount Schwartel you’ll have to add $750,000 of the extra $3 million that the Stinger, of which he is a part, are the winners of the team modality of the tournament. A true millionaire with which the Saudis have turned world golf upside down and are seducing great figures on the American tour. Yesterday was Bryson DeChambeau the one who signed with LIV and today was the turn for patrick reeda winner of MastersWhat Schwartzelwhich will premiere at the next event of the series in Portland (also announced to pat preza player very come to less in the PGA Tours).

For the South African, the last round would have been a breeze had he not made a double error on the 12th, first from the tee, with an iron that he sent far to the left, forcing him to lose a shot looking for the fairway, and then nailing the ball. ball in the sand with your approach shot. A double bogey that reduced to three strokes the comfortable advantage of five with which he had reached the middle of his round and that, worst of all, completely threw him off center. Nerves made an appearance in his game and the final stretch of his round was a succession of bad shots that, had it not been for the poor success of his rivals, could have cost him the title.

The one who came closest to snatching victory from him was his compatriot and teammate Hennie du Plessis (-6)who, after reducing his handicap to just two strokes, failed at several key moments, leaving behind the opportunity to have achieved the historic first jackpot of the tournaments. LIV Golf Series. He fell off the tee on the 15th, sending his ball into a tricky area of ​​rough. He did not hit with his approach on 16, with everything in favor. And the wind played tricks on him on the par-three 17th, his penultimate chance to get within one shot of the leader.

The check for $2,125,000, by far the largest of his entire career, will surely alleviate the disappointment of not being able to win. Like that of another member of the Stingers, the also South African Branden Grace (-5)who completed the treble for the team captained by Louis Oosthuizen (+1) with a third place tied with Peter Uihlein (-5) brings each of them $1,275,000 ($750,000 more for Grace for the team victory). As for the stars of this new circuit, the best was Dustin Johnson (-1)in eighth place, always far from the fight for victory.

For the Spanish, this inaugural event of the LIV Golf Invitational Series It has been a success. Adrian Otaegui (-2)tied for sixth, takes home a check for $737,500. Pablo Larrazbal (+2), tied for 13th place, will receive $315,000. While Sergio Garcia (+6), with a 75-shot final round that drops him back in the standings, will pocket $170,000, tied for 22nd. the amateur David Puig (+11) complete the representation of the Navy with a great 38 placed tied, closing the tournament with a round of 73 strokes.

In the new team classification, the South Africans of the Stinger (-20) with a 14 stroke advantage over Crusherswhich formed Peter Uihlein, Richard Bland, Phachara Khongwatma and Travis Smythwhich will be distributed an additional million and a half dollars, and with 15 on the majesticks of Ian Poultry, Lee Westwood, Sam Horfield and Laurie Canter, with half a million to be divided among the four. A rain of petrodlares in an event specially designed to seduce viewers and which, yes, still lacks stars to really compete at a sporting level (not economic) with the PGA Tours.

Loading...
Newer Post
NBA Finals 2022: A huge Curry (43) knocks down the Celtics in the Garden
Older Post
The NBA is among the leagues that move the most money, with US $ 66,050 million