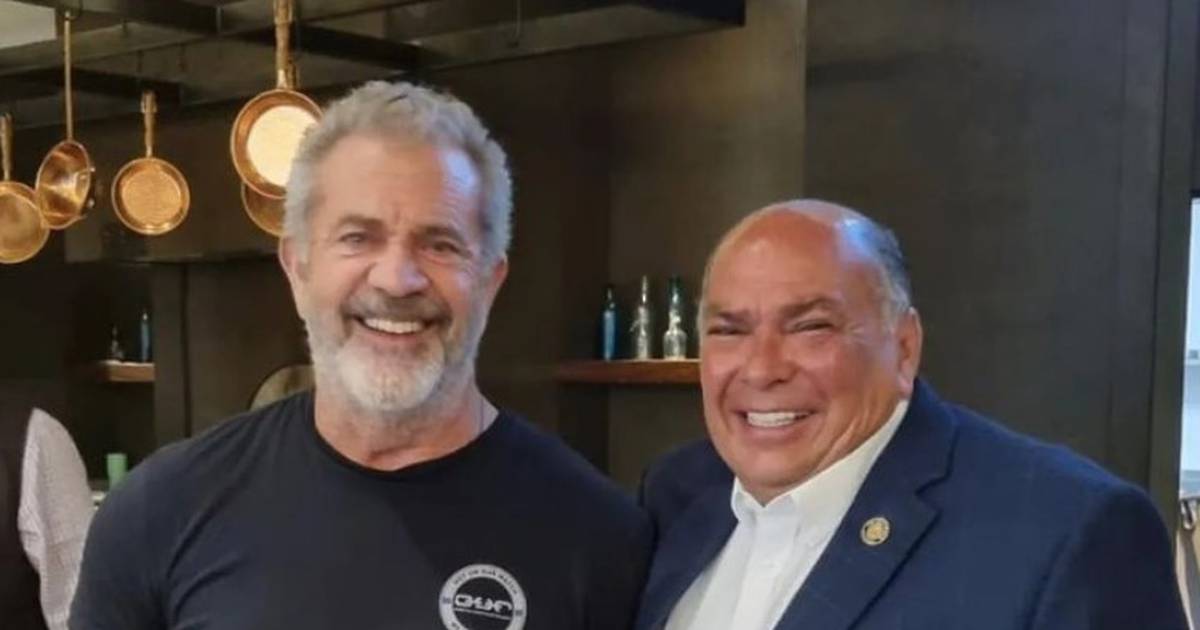 Sergio Checo Pérez finds himself with the possibility of becoming Formula 1 champion, he is currently in third place in the drivers' championship w

Sergio Checo Pérez finds himself with the possibility of becoming Formula 1 champion, he is currently in third place in the drivers’ championship with 173 points.

The father of the pilot from Guadalajara, Antonio Pérez Garibay, has taken the spotlight in the current season due to the photo where he kisses Lewis Hamilton’s father, while actor Tom Cruise watches the action.

Now, he was once again accompanied by another Hollywood actor, Mel Gibson, who visited Guadalajara and Pérez Garibay took advantage of the moment to make him one more fan of Checo Pérez.

Even the pilot’s father assured that he had already invited Gibson to enjoy the Formula 1 show live from the Autodromo de los Hermanos Rodríguez.

“It is very likely that the actor will accompany us to the Mexican Grand Prix, I invited him, just as I did for Tom Cruise. Whatever is on my side to promote my country and my State, I will gladly do it”, declared the also deputy.

It will be next October 30 when Formula 1 visits Mexico, being the penultimate track to run to define the great champion.

Checo Pérez is in his last week of vacation, he will have to prepare for the Belgian Grand Prix that will take place on August 28.

Tags: Anthony Perez, Papa del Checo invites Mel Gibson, Formula 1
How do Formula 1 drivers spend their vacations?
Today he is an F1 figure: as a child he asked for Juan Pablo Montoya’s helmet and Schumacher’s gloves
Which Mexicans can arrive in Formula 1 soon?
FORMULA 1 2360

Loading...
Newer Post
Brutal crash in the Lomas de Golf neighborhood: a man is in serious condition
Older Post
Where and how can I buy tickets for the Azteca Stadium