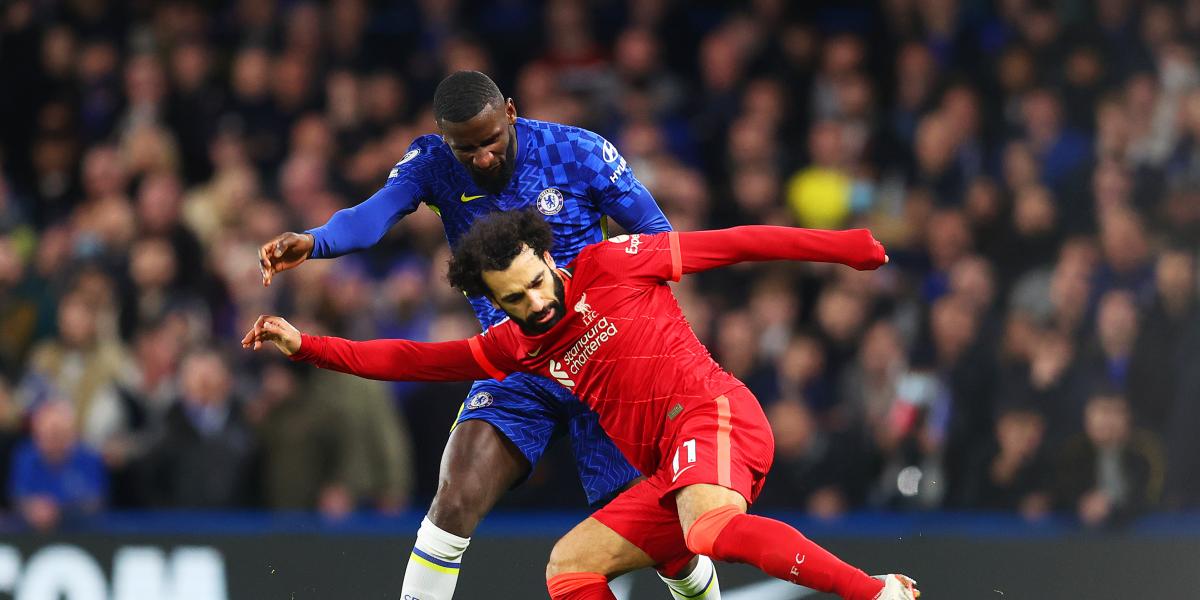 filtered a good pass Mane for Diazbehind the chalobait was about to arrive Salah on the back pass. Touching the goal! Couldn't finish T

filtered a good pass
Mane for
Diazbehind the
chalobait was about to arrive
Salah on the back pass. Touching the goal!

Couldn’t finish
Thiago
Alcantara! she walked away fine
Luis
Diaz inside the area, he put the center and the Spanish almost did not arrive.

The match starts at Wembley!

And interestingly, the 43-year-old referee previously refereed the final of the
League Cup between both teams.

In quarters, yes, he had a more affordable duel against
Nottingham Forestwho won by the minimum with a goal from
diogo
Jot.

The blues came undone in the penultimate round of the
Crystal Palacewinning 2-0 with goals from
Loftus-Cheek and
Mount. In addition, in quarters he had faced the
Middlesbroughwhich is a team
Championship.

In addition,
Mount has never lost a match
FA Cup where you have marked.

The Senegalese is very involved in this competition and, curiously, he has scored the winning goal in 4 of the 6 cup games in which he has scored.

WE ALREADY HAVE BOTH TEAMS LINEUPS!

For his part, the
Liverpool is 2nd and is 3 points behind
Manchester
City from
Pep Guardiola, leader, with 2 days to go. It is a moment in which the reds will have to manage the pressure more than ever: in addition to these last 2 matches in the English championship (against
Southampton and against him
wolves), they have the 2 finals, the
FA Cup and of
Champions.

The dream of the quadruplet is still alive, although the
City be 3 points in the championship.

Two weeks before measuring
real Madrid at the end of the
Champions from
Paristhe reds will look for their eighth
FA Cup and the
Chelsea, the ninth. Neither
Tuchel neither
Klopp they have never won.

And it is that since 2019-2020, the medium, in addition to losing two
FA Cups and one
League Cupalso fell in the coliseum in July with
England at the end of the
European Championship in view of
Italy on penalties (1-1). In addition
Mount lost in May 2019 in
Wembley the promotion final to the
Premier with the
Derbyin which he was loaned by the
Chelseabefore him
Aston-Villa (2-1). “It’s time for our revenge,” he said.
Mount.

It was a very entertaining match lived in
Wembley, since despite the fact that we did not see goals in the first 90 minutes, or in extra time, there was no lack of chances and good football. It was a true battle between two similar styles that ended up deciding on penalties in favor of those of
Klopp.

Interestingly, the 43-year-old referee previously refereed the final of the
League Cup between both teams.

This repeats the end of the
EFL Cup which ended with red victory on penalties.

Chelsea and
Liverpool dispute the grand final today
of the
FA Cup in
Wembley. The
Liverpool from
Kloppwho also has the Champions League final pending and is fighting for the Premier, faces today
Chelsea, who hopes to save the season today. The meeting will start at
5:45 p.m. and in this preview we will be telling you everything that happens until the beginning of it.

Game that we have ahead. Let’s start!

Alexia: “I had never seen any team perform like we did last year”
Uncertainty at the top of European football
Who is the current idol of Argentine soccer? – The previous
FOOTBALL 2316