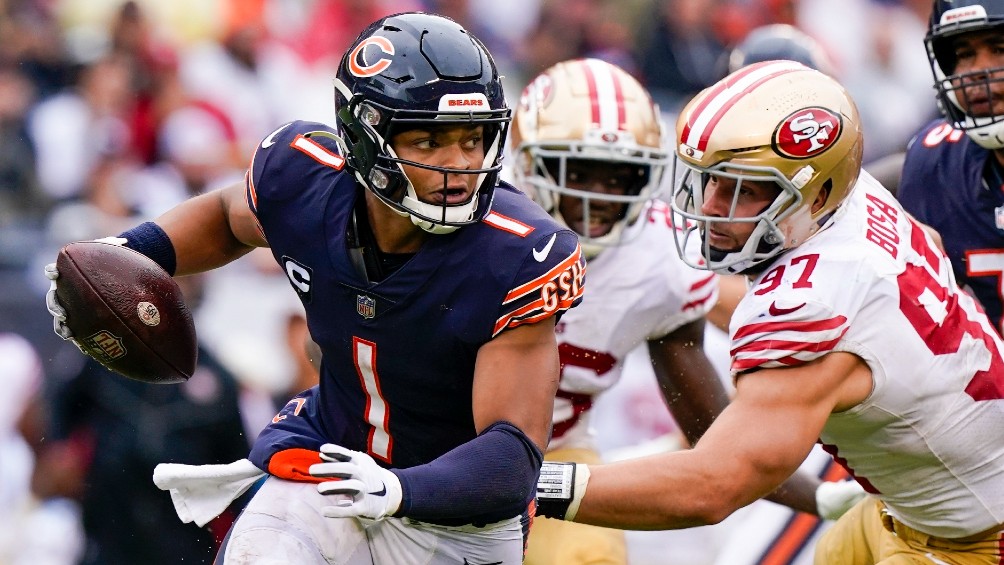 Justin Fields he threw for two touchdowns in the second half, Eddie Jackson set the table for another touchdown with an interception and the Chicag

Justin Fields he threw for two touchdowns in the second half, Eddie Jackson set the table for another touchdown with an interception and the Chicago Bears they gave a win to Matt Eberflus in his presentation as head coach, defeating 10-19 the San Francisco 49ers on a Sunday passed by water.

fields left behind a difficult first half to throw a 51-yard touchdown pass to Dante Pettis in the third quarter and then connecting with Equanimeous St. Brown for an 18-yard touchdown early in the quarter to put Chicago ahead 10-13.

Subsequently, jackson intercepted Trey Lance near midfield, his first stolen pass since 2019, and returned it to the 21-yard line. That opened the door for a 6-yard touchdown run from Khalil Herbert which placed the score 10-19.

The running back of Saint Francis Elijah Mitchell he left the game in the first half with a knee injury and did not return.

Heavy rains flooded the new natural turf that was installed this week at a stadium that is often criticized for the poor state of the pitch.

YOU MAY ALSO BE INTERESTED IN: NFL: GAROPPOLO CONTINUES WITH 49ERS AFTER NEW PLAYER CUT

Tags: breaking news, Justin fields, nfl
49ers and Cowboys revive historic NFL rivalry in playoffs
Tickets for the 49ers vs Cardinals for the Azteca Stadium are sold out on the first day of pre-sale
nfl alfredo gutierrez mexican player with the san francisco 49ers interview
NFL 481