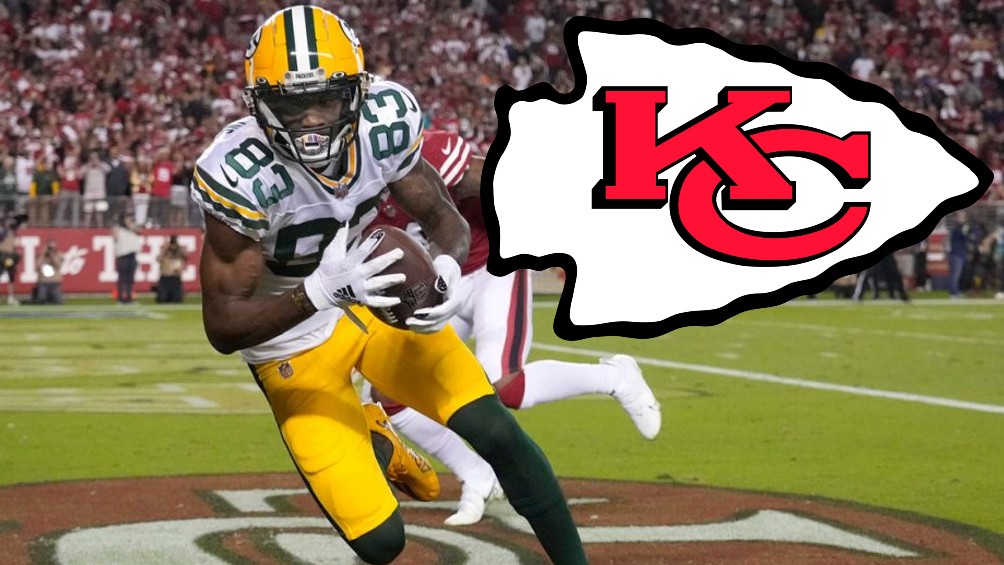 The Kansas City Chiefs They hired this Thursday the former receiver of the Green Bay Packers, Marquez Valdes-Scantlingto cover the low of the stell

The Kansas City Chiefs They hired this Thursday the former receiver of the Green Bay Packers, Marquez Valdes-Scantlingto cover the low of the stellar Tyreek Hill.

“We have signed receiver Valdes-Scantling. Welcome Marquez; it’s time to get to work,” was the message that the Chiefs shared on social networks in which a photograph of a smiling Valdes-Scantling signing his contract appears.

His 27-year-old replacement, who will wear the number 11 jersey, has agreed to play the next three seasons with coach Andy Reid’s team for $30 million.

Born in Saint Petersburg, Florida, he reached the NFL in the 2018 Draft to defend the colors of the Packers, a squad with which he spent four seasons in which he accumulated 2,153 yards, 123 receptions and 13 touchdowns.

Valdes-Scantling is distinguished by his ability to gain yards after each reception, since 2018 he has averaged 17.5 yards gain after catch, the fourth-best mark in the NFL in the last four seasons.

YOU MAY ALSO BE INTERESTED IN: NFL: TYREEK HILL ARRIVES IN MIAMI DOLPHINS AFTER HIS TIME FOR THE CHIEFS

Tags: chiefs, nfl, NFL: Chiefs sign Valdes-Scantling to cover Tyreek Hill's loss
He assured that in Europe they have the best football but not the players
DeAndre Hopkins gave away ice water in Arizona after heat wave
Eleven players filed a complaint against the PGA Tour
NFL 384