Chiefs, with a great performance by Mahomes, crushed the Cardinals 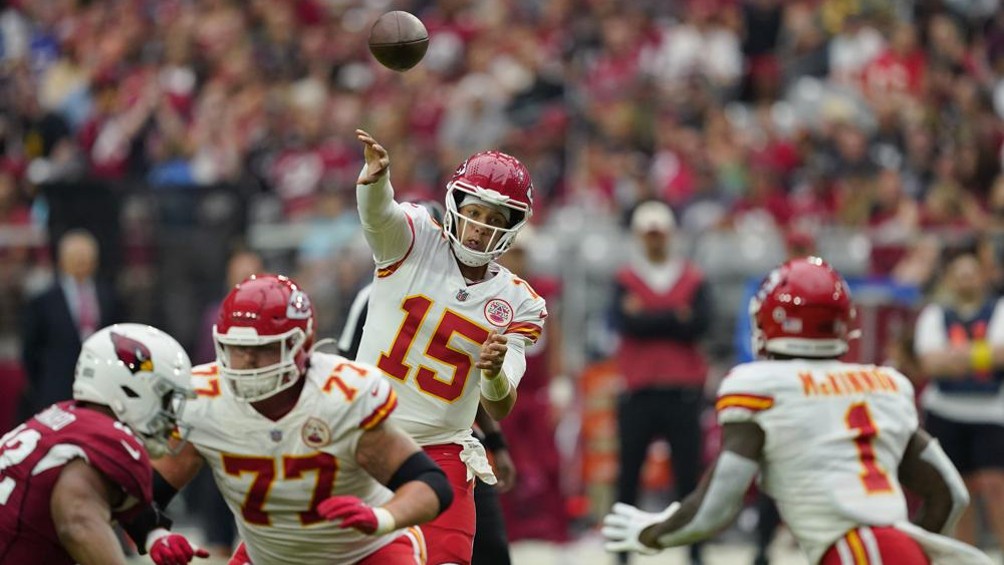 patrick mahomes He threw for 360 yards and five touchdowns, leading the Kansas City Chiefs to an impressive 44-21 away victory over the arizona car

patrick mahomes He threw for 360 yards and five touchdowns, leading the Kansas City Chiefs to an impressive 44-21 away victory over the arizona cardinals in the first match for both teams.

The game was never in doubt after the first few minutes, with Mahomes destroying the defense Cardinals with his usual array of good decisions and skillful passing touch. The quarterback was playing his first NFL game against Kliff Kingsburywho trained Mahomes at Texas Tech University and now directs the Cardinals.

The student put on quite a show for his mentor: The 2018 MVP threw three touchdown passes in the first three drives of Kansas City.

the tight end Travis Kelce he caught eight passes for 121 yards and a touchdown. It was his 30th career game with at least 100 receiving yards. Clyde Edwards Helaire he caught two touchdown passes.

Kansas City jumped out to a 7-0 lead on the opening drive, capping an 11-play, 75-yard drive with a 9-yard touchdown pass from Mahomes a Kelce. The chiefs advanced 14-0 later in the first on a clever play from Mahomeswho threw an underhand shovel pass to Edwards Helaire for the 3-yard touchdown.

The chiefs led 23-7 at halftime after harrison butkerwho missed part of the first half with a left ankle injury, made a 54-yard field goal with two seconds remaining in the second quarter.

Kansas Citywho is trying to get to the title game of the AFC for the fifth straight season, he had a 37-7 lead going into the fourth quarter.

It was a rough start for Arizonawhich also suffered a brutal end in 2021. Cardinals they have lost six of seven games since last season, including the playoffs.

The field marshal of the Cardinals, Kyler Murray, was playing his first game since being rewarded with a five-year, $230.5 million contract during the offseason. He finished 22 of 34 for 193 yards and two touchdowns, though much of that production came when the chiefs they already had control of the game.

YOU MAY ALSO BE INTERESTED IN: CHIEFS: PATRICK MAHOMES WILL BE A STARTER IN THE FIRST PRE-SEASON GAME

Tags: today last minute, crushed Cardinals, with a great performance by Mahomes
This is how the NFL teams observed Father’s Day on social media
NFL in Mexico. Date and presale prices of tickets for the game
NFL starts pre-sale on Tuesday for the game between 49ers and Cardinals| Mexico news
NFL 468

Loading...
Newer Post
Schedule and where to watch the Formula 1 race on TV today
Older Post
Penalties on the Formula 1 grid: which drivers are penalized in F1 today?