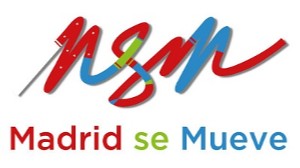 Madrid se Mueve broadcast its 256 program on Telemadrid. Reports The international cyclocross of Alcobendas, the Legua de la Casa de Extremadura in Coslada and the boxing match for children and cadets held in Vallecas. The story of Clara Baquero, a psychologist and an entire institution in wheelchair basketball, stands out.

The contents of Sunday, November 28, were:

– We started with three very lively events: The international cyclo-cross of Alcobendas, the Legua of the House of Extremadura in Coslada and the children’s and cadet boxing match held in Vallecas.

– Then we moved up Daganzo to meet Clara Baquero, psychologist and a whole institution in wheelchair basketball. She is considered one of the best international referees in this sport.

– Carla B. Gutierrez from COPLEF of Madrid, he told us about resuming exercise after the holidays.

– The healthy interview was starred by one of the brave firefighters of the City of Madrid, Jos Antonio Gmez, who participated in the vertical race of Alcal de Henares.

– In the section “Move with Us”, we were at the inauguration of the Billiard Club Mstoles, the Half Marathon of Fuenlabrada and the League of Fuentiduea del Tajo.

– “Madrid Moves“It is broadcast on Sunday mornings on Telemadrid. The headline of the program is sponsored by Hitachi Cooling & Heating.

‘I just heard the final bell. Boxing is over ‘
Boxing: The beginning of 2022 brings with it a boxing evening at the SUM of Volunteer Firefighters
Silva defends the super welterweight title and Tutti Bopp returns
BOXING 1372