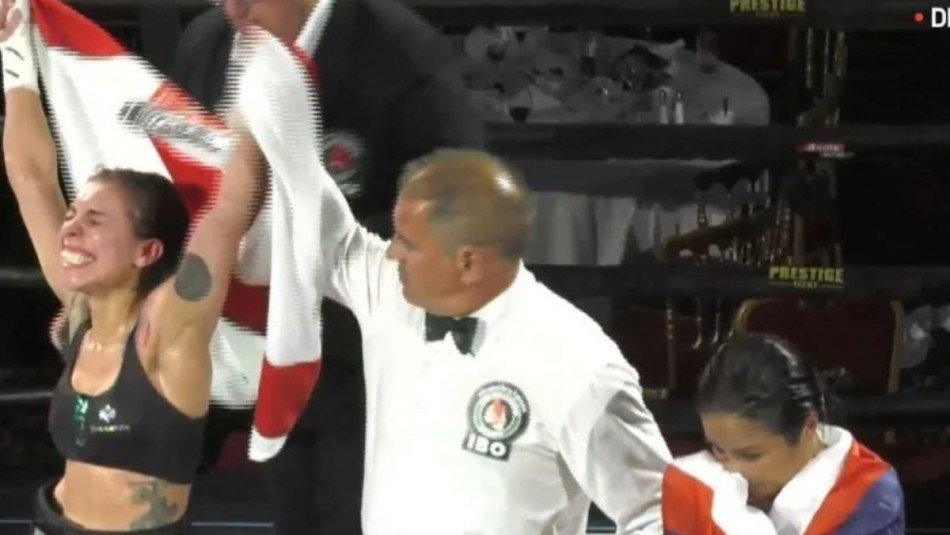 The national boxer Daniela “Leona” Asenjodefeated after ten rounds the American Casey Morton and was crowned as world champion of the International Boxing Organization in the category super fly.

at the show Prestigedeveloped in Paris, both boxers faced each other as Main event. The fight lasted all ten rounds that were established and after the counting of the judges, “Leona” Asenjo was left with the victory.

The emotion of “Lioness”

The native of Valdivia She received the title visibly emotional and with a flag from her hometown on her back.

The boxer He spoke with the Sports, Lluvia and Encanto media outlet and declared that “we are happy, happy. We gave everything above the ringIt was a tough fight casey was strongI couldn’t throw it away but… we are world champions“.

Santa Marta hosts National Boxing for Children and Juniors
The day Muhammad Ali designed his own car
Why don’t boxers punch with two hands at the same time?
BOXING 3117

Loading...
Newer Post
Jaylen Brown forms with Tatum the most explosive tandem in the NBA
Older Post
He showered it with praise! “Lionel Messi is embellishing football as Maradona did in his time”, declared the Estonian player who honored Diego with his particular captain’s ribbon