Chito Vera and all his victories within the UFC 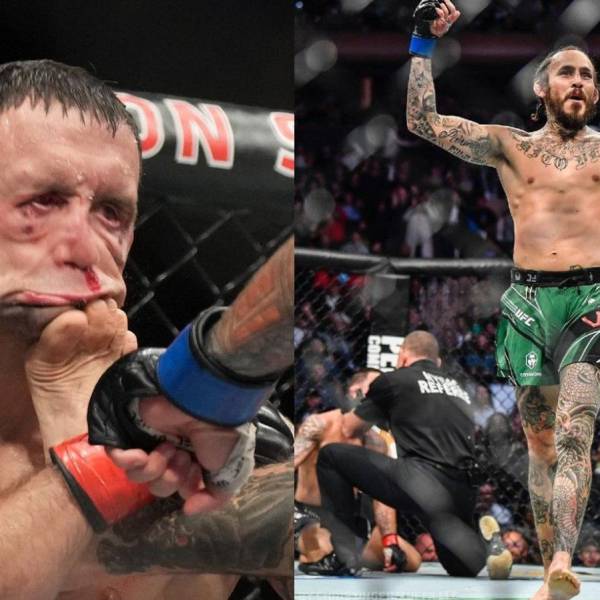 Marlon 'Chito' Vera reached his 20th victory inside the octagon, after defeating the historic Dominick Cruz, last Saturday at the UFC in San Dieg

Marlon ‘Chito’ Vera reached his 20th victory inside the octagon, after defeating the historic Dominick Cruz, last Saturday at the UFC in San Diego, thus reaping a gallery of great finishes that today are in the memory of every UFC fan and mixed martial arts.

At ecuavisa.com, we review his most outstanding finishes inside the most important octagon in the world, since his arrival in the 2014 season.

And it is that the victories of the Ecuadorian have a mix between knockouts by way of boxing, kickboxing, Muay Thai and completions by keys of Brazilian Jiu-jitsu that were forging his career.

His recent victim, Dominick Cruz was knocked out by a vicious front kick that broke the American’s nose in the fourth round.

Leading up to that fight, Chito treated us to a brilliant kick to the chin from veteran and former UFC champion Frankie Edgar.

Another of the most showy endings was at the UFC London, Brad Pickett, who received a forceful side kick to the height of his skull, which caused a total silence on the stage that supported the local Pickett.

For you, what has been Chito Vera’s most spectacular knockout in the UFC?

Tags: MMA
Michael Morales will face Ramiz Brahimaj at UFC 277
Boxing: Michael Bisping opens the debate on whether boxing or MMA is better
sacrifice, power and hunger of an undefeated
UFC/MMA 1198