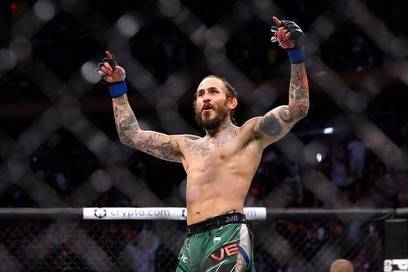 The Ecuadorian does not rule out accepting a last minute call for the UFC Fight Night on December 12 if José Aldo or Rob Font fall off the card.Nov

The Ecuadorian does not rule out accepting a last minute call for the UFC Fight Night on December 12 if José Aldo or Rob Font fall off the card.

The knockout victory over Frankie Edgar last Saturday at Madison Square Garden in New York has placed Marlon Chito Vera in the eleventh position within the top 15 of the UFC (Ultimate Fighting Championship) bantamweight category, according to updates from the ranks of the official website of the company on Monday.

With his success on the UFC 268 card, Vera rises from 13th place to 11th, while Edgar drops four places, from eighth to twelfth place.

Victorious in New York at the hands of local Frankie Edgar, the Ecuadorian projected to get into the top 10 of the division, displacing Edgar, who was eighth ranked before the fight on the UFC 268 main card.

Thus, the 40-year-old legend and former lightweight champion leaves the top 10 and, consequently, jeopardizes his permanence in the top 15 list.

Meanwhile, Marlon Vera announced on Monday that in order to continue his climb in the UFC ranking, he would like a fight against Cory Sandhagen or Merab Dvalishvili, ranked third and sixth, respectively, by 2022. However, the Ecuadorian said he was willing to take the place of José Aldo (fifth) or Rob Font (fourth) in the event that one of them is injured in the fight that both have already agreed on December 4 at the UFC Apex in Las Vegas at the UFC Fight Night feature.

MMA: Outrage in MMA: Knock out your opponent with a flying knee … in the head-to-head!
Unstoppable! Khaos Williams’ viral knockout at UFC Vegas 42
Former UFC champion mentions how tough wrestling is
UFC/MMA 306