choose the best in history 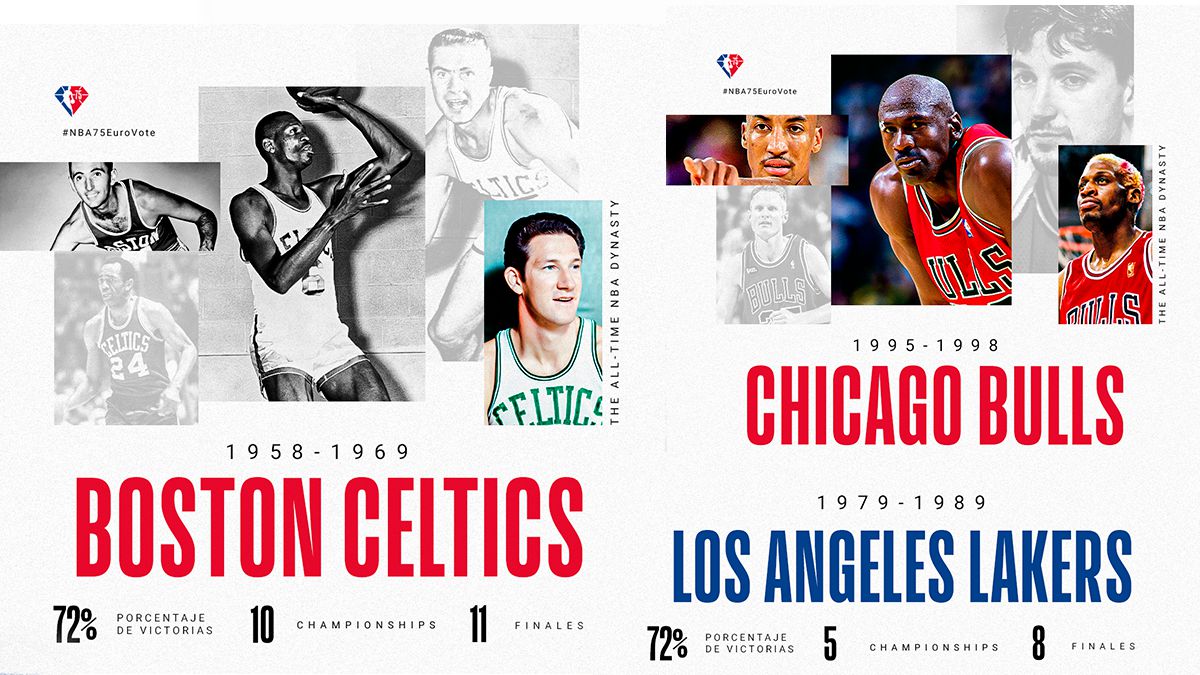 The NBA celebrates 75 years of history. During this time there have been many players who have seen their professional careers shine within the cl

The NBA celebrates 75 years of history. During this time there have been many players who have seen their professional careers shine within the club. They have been passing by, some were coming, others were leaving, sure that the NBA it would always occupy an important part in her life and in her memory.

It is curious that what makes a team endure in any sport is not its coach, the board of trustees or its players who, clearly, are important because they are the ones who play, train or take the team forward to a certain extent. What never changes and what makes it possible for the lineage to endure is, without a doubt, the hobby. The same happens with the NBA League, there are many who have gone through it, the 75 years of history no doubt, but the league is sustained thanks to its audience, to his hobby.

For this reason, this year, on the occasion of the aforementioned anniversary, the League has wanted to involve all the fans in a very powerful initiative. Already did it in USA, but now the initiative moves to Europe with the NBA 75 Euro Vote, so that fans of the continent can choose. This initiative aims to pay tribute to the European teams current and past that have inspired generations of basketball fans across the continent. Voting is now open to anyone who wants until the 29th at 11:59 pm. 50% of the votes depend on us and the other 50% on an expert jury.

You can also participate in the # NBA75EuroVote. Choose the best team of all time and together we will bring together the best of the NBA dynasty. Remember, The results will be released on Tuesday, November 30.

NBA: the Lakers’ big problem in the 2021 season
NBA: The ‘desperate’ NBA announcement to mark its 75th anniversary … with a Jordan that is not Michael Jordan
Los Angeles Lakers – Phoenix Suns, live
NBA 854