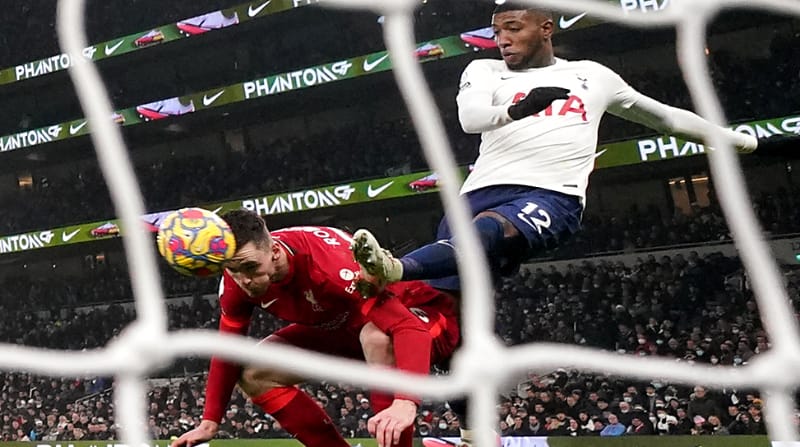 The football of the main European leagues slows in Christmas and the tournaments stop to maintain the tradition and the festivities, although with less emptiness than long ago, when the rest was more accentuated.

The growth in the number of commitments, the dates reserved for national teams and the density of European tournaments also squeeze the calendar. The time when football stopped for almost three weeks between December and January is forgotten. It is not the case anymore.

Aside from Russia, where football maintains the two months of emptiness because of the rigors meteorological, the rest for the fair. They still do not reach the intensity and acceleration of the English Premier that takes advantage of the holidays to accumulate days.

Despite the pandemic, the english soccer has kept the tradition and does not stop. Four rounds of his league and a Cup tie are scheduled from December 26, known as ‘boxing day’, until January 14.

There is action on the field of play in eight of the nine days following the boxing day, which English football clings to for the fan’s enjoyment. However, four games have already been suspended due to covid-19 cases, these are: Burnley vs. Everton, Liverpool vs. Leeds, Wolves vs. Watford and Burnley FC vs. Everton.

The Spanish football he also rushes the agenda. Not as much as in England, but it gets a maximum performance every day. After completing matchday 18 and catching up with the matches postponed, he resumed the competition on the last day of the year, December 31, with the clash between the Valencia and Espanyol.

Almost two weeks of respite for the footballers who accelerate in January with the nineteenth day, the twentieth, the qualifying rounds of the Copa del Rey and the Super Cup.

Longer the German Bundesliga, as usual. Fewer teams and hours make your calendar flexible. On December 19, it closed at date 17. And it will not return until January 7, 8 and 9.

France, Italy and Portugal they resemble Spain. Ligue 1, which completed its last day of 2021 on Wednesday, December 22, does not return until January 7. However, he has set the tie for the thirty-second finals of the Cup for the beginning of the new year, on January 2 and 3.

Italy, which also stopped on the 22nd, regains its competitive pulse on Wednesday, January 6, a prominent date on its calendar with all the matches of the twentieth day on the same day. Three later, the weekend, the following games.

Portugal reach Christmas with the Round of 16 of the Cup and closes the year to the limit with the sixteenth day. Not for almost Portuguese football with matches on December 28, 29 and 30, although it does not return until January 2 and 3 with two pending matches on matchday 13. The rest return after Reyes, on January 8 .

Belgian football extends the holidays. The ball will roll the day after Christmas, the 26th and also the 27th, to complete the twenty-first day. But he won’t be back until January 14.

Russia for two months. He completed the eighteenth date on December 13 and will not return to the league until February 26, with the European competitions already underway.

TurkeyAs usual, it does not stop on these dates. He has two matches scheduled for Christmas Eve of the nineteenth session that will be completed between Christmas Day, with three matches, and 26. However, he no longer reactivates his competition until January 8.