Christy Martin, boxing for her life after nearly dying at the hands of her husband 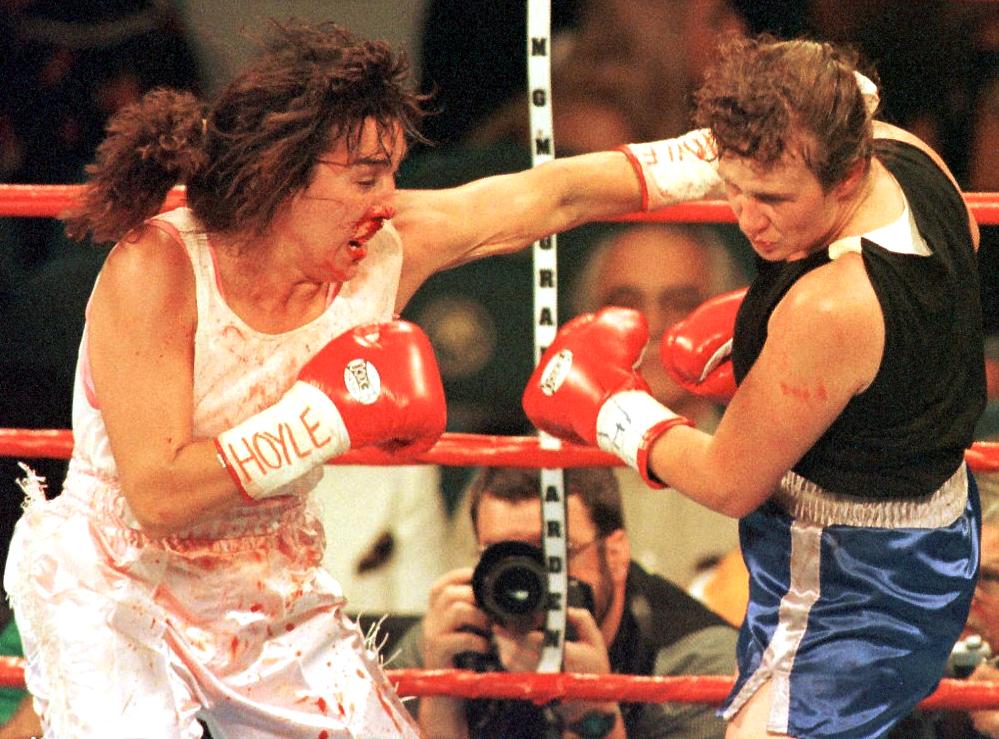 Boxers are made of another paste, and boxers even more. Then there is Christy Martin (Virginia, 1968). An impressive fighter, but above all a bra

Christy Martin, boxing for her life after nearly dying at the hands of her husband

Boxers are made of another paste, and boxers even more. Then there is Christy Martin (Virginia, 1968). An impressive fighter, but above all a brave and fighter woman like few others, who looked death in the eye and forced her to turn around, because before leaving this world she still has many things to do and many women to help. .

Christy Martin was a pioneer and one of the icons in the history of women’s boxing. He made his professional debut in 1988 and retired permanently in 2012, with a record of 49 wins, 7 losses and 3 draws, as well as 32 knockouts in your private account. Its peak came in 2009, when it was crowned as WBC super welterweight champion. A spectacular career, with which she opened doors to many women who also wanted to box, but which was also seasoned with a most gruesome story as well as inspiring and overcoming. So much so that it has been brought to the screens by the hand of Netflix with the documentary Untold: Deal with the Devil.

The story outside the ring of Christy Martin is even more impressive than between the twelve strings. A stormy closet life in which she married her coach, who stabbed her three times and shot her with his own pistol, to survive against all odds and rebuild with the intention of giving meaning to her day to day and reaching out to others, to others, becoming a coach and promoter of boxing evenings against gender violence. But let’s go in parts.

A boxer for history

It all started with a 21-year-old girl who he had no income to pay for his teaching studies. It was 1989 and Christy began her career in the boxing world almost by force, out of necessity. They offered it the not inconsiderable amount of $ 1,000 to get in the ring and did not think about it for a second. To top it off, she wasn’t bad at all and a scout / promoter noticed her. She just needed some training discipline and improving her technique to become a star, so a coach sought her out. Jim Martin took it upon himself to polish that rough diamond and in the process fell in love with her. They both married three years later.

Given the shortage of female boxers, Christy He forged himself by sparring with the guys at his gym. He was not afraid, but very eager, and on many occasions he was the best of men or made things very difficult for them. There was no reason not to be serious. Between 1990 and 1994 he signed a streak of 19 bouts winning. After a draw, returned to chain another fifteen consecutive victories. He was unstoppable. He had a very good income, dominated inside the ring and even appeared in the cover of the prestigious Sports Illustrated, after having starred in a televised combat in which he defended his WBC super lightweight title for the seventh time.

The beginning of a nightmare

However, everything took a most unexpected turn in 1998. All victorious streaks end sooner or later, but Christy Martin’s defeat at the hands of Sumya Anani was a heavy blow for her. He did not accept that stumble well and decided to put an end to his career … but he could not. Don King had her well tied and forced her to fulfill the contract that united them professionally until 2001, so Martin found himself in a situation where he had to box without wanting to and that meant peering over a cliff that he soon fell. She won her next nine bouts (only three of them by technical ko or ko), but she didn’t have the same spark as before, not even close, and in 2006 she was knocked out for the first time.

Laila ali, the daughter of the mythical Muhammad Ali, sent her to the canvas and, indirectly, pushed her over that precipice we talked about earlier. Christy went into depression and that successful life that had turned into if-you-have-to-box-you-box turned to darkness. Everybody his demons took over and for a while he didn’t even leave the house, taking refuge in drugs as companions on a trip to hell in which he carried as luggage a sexuality hidden for years so as not to be a drag on his career in the ring and quite a few domestic violence episodes (physical and psychological) by her husband Jim. Surrounded by destructive and self-destructive toxicity, Christy went broke.

Looking death in the eye

In a desperate attempt to find herself again, Christy started seeing women and started a relationship with the one who was one of his ‘girlfriends’ from high school. She was determined to get ahead and decided to ask her husband for a divorce. This, far from doing his part, complicated everything to the point of almost ending the life of what had been one of the best boxers of all time.

In a fit of jealousy, having seen Christy make out with her new partner, Jim waited for his still wife at home and when she arrived he stabbed her three times, later trying to finish her off by shooting her with the pistol owned by his wife. Many would have started inscribing the 2010 date on the boxer’s grave, but Christy fought for her life more than ever. Once Jim left the house, the fighter barely made it to the street and yelled for help. A private vehicle took her to the nearest hospital and there she made it clear to the Grim Reaper that it was not yet time to leave with her.

With Jim in jail (he was sentenced to 25 years in prison), Christy rebuilt his life little by little, trying to lean on boxing. A year and a half after flirting with death, he again got into a ring. She was 43 years old and not at all the same as before, but she needed to take that step. The combat medic stopped the fight in the sixth round, with Christy practically begging him not to. The nine facial fractures and his subsequent passage through the operating room proved the doctor right.

He still tried one more time. He had between eyebrows to get his 50th victory and round off a race to remember and last fought in 2012. He lost by unanimous decision and then decided to definitely hang up the gloves … although not completely away from them. After a few years working as a substitute teacher at a school, He decided to set up a gym with his partner, the also ex-boxer Lisa holewyne (which, curiously, he defeated in the ring years ago.

Since 2013, Christy has been training boxers, running a youth school and organizing boxing evenings to help women who experience gender violence. With the backing of the association Protecting Domestic Violence and Stalking Victims ActChristy is nothing short of a standard-bearer in the fight against acts like the one that nearly ended her life. To say that this rugged situation made her stronger would be an understatement. Labeling it ‘immortal’ may be over the top. But say that the-scythe She is somewhat afraid of putting her in the place she really deserves.

Video | Limitless: the prodigy of boxing

Other stories that may interest you:

Amateur boxing will offer money prizes | THE UNIVERSAL
He was a boxer, he had addictions and today he praises God
Great show of amateur boxing at the Municipal Sports Center No. 2
BOXING 918

Loading...
Newer Post
Launch of the Valencia CF Wheelchair Football team
Older Post
Jake Paul taunts Tommy Fury after a video emerges of him shirtless and beating his chest in front of students on club night