Ciri, the crack that was not and exposes football – Sports 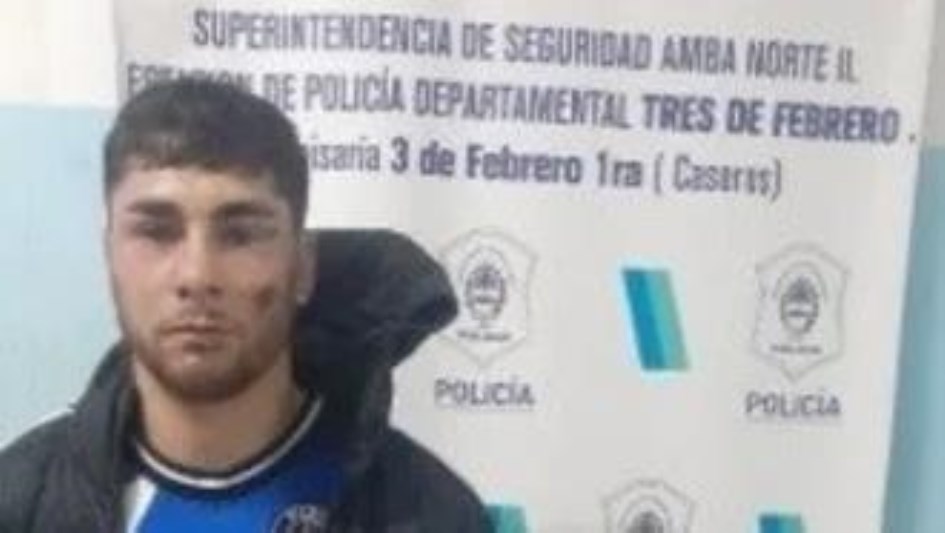 SSD Cinthiabalogna participates in the fourth category of Italian soccer. It is semi-professional. Boys play there who can make the

SSD Cinthiabalogna participates in the fourth category of Italian soccer. It is semi-professional. Boys play there who can make the leap at any time to Serie A or veterans, who say goodbye to the sport they are passionate about. Ezequiel Cirigliano He may not enter into either of the two possibilities, but he signed a contract with that club in February. He just six months ago. And on Monday he was arrested in Caseros, Buenos Aires, accused of trying to rob a house, with a gun in his hand. He seems unusual.

At 30 years old, perhaps, the (ex?) footballer who rose to fame in River when many thought he was the Javier Mascherano’s successor, dreamed of recovering a space in a more important league. The concrete thing is that his career, that he began in the Millionaire hand in hand with the then DT Leonardo Astrada, he went backwards after his departure from River. After appearing in the Primera de los de Núñez, making an impact with his game and even being part of the youth team between 2009 and 2011, the crack began to lose ground. He left for Italy to play for Hallas Verona in 2015 (with the arrival of Marcelo Gallardo as River Plate driver) and the president, at that time Rodolfo D’Onofrio, shot at the steering wheel that was going through the back door, a luck of black premonition: “If Cirigliano doesn’t realize that he’s a professional and is at River, he’s going to end up cutting the grass and not playing football”. His prognosis was lapidary and not very happy despite the success. What the leader did not imagine then is what destiny was going to hold for the boy. But they did see something in the club, something bad they sensed. The subject has now come to light.

The question is whether they helped Cirigliano as necessary or let go of his hand when it was clear that he was in trouble. Perhaps the institutions of stem like River do not have psychologists, doctors, experts in the development of juveniles? Of course. And that’s why D’Onofrio said what she said. The man must have had information. Another question is whether the clubs are obliged to help. Or how far are they bound? Or how far do you want to go?

whatever, it’s sad what happened with Cirigliano. As sad as predictable, it seems. The steering wheel turned delinquent? never had it easy. Despite the fact that at 20 he was a starter in the tournament that the Millionaire was in the National B, outside the field of play he no longer had such a good time. He had serious problems in his family environment. His father was detained in Italy for drug trafficking and the situation affected him so much that he began to get sick. He went down a sports and social slide, until he was diagnosed with schizophrenia…

Many knew that he was depressive, but in the football environment that condition is sometimes underestimated. He hides it from her and thinks first about the business, then about the soccer player and, finally, about the person.

Cirigliano left River and chroniclers who were close to the player on a day-to-day basis say that no one knew how to accompany him as they should. Or that they got tired of the problem very quickly and that all this conspired to make the disease worse.

The boy went bad. He played in the United States, Mexico and returned to Argentine soccer, where he went through Tigre and Atlético Tucumán. Didn’t those teams see what was happening either?

His cousin Claudio came out in defense of Ciri, as they called him in River. “His problem stems from the uprooting of the club that formed him and put him as captain and figure in the future and, suddenly, the mistreatment and lack of containment made him fall into a depression.”

Claudio may or may not be right. It is also a matter of analysis how a club should act in such a scenario. And what do the representatives do?! Yesterday Keko Villalba, the former River who also shared a team with Cirigliano, recalled that “it was beautiful to see him play.” And he added without hesitation that “he still has time to return. He is not a thief. I put my hands in the fire for him.” Villalba did not have the doubts that the clubs that should have sheltered the crack did have, who today suffers from a mental disorder and is detained in a police station. He seems unusual. The matter exposes the world of football.