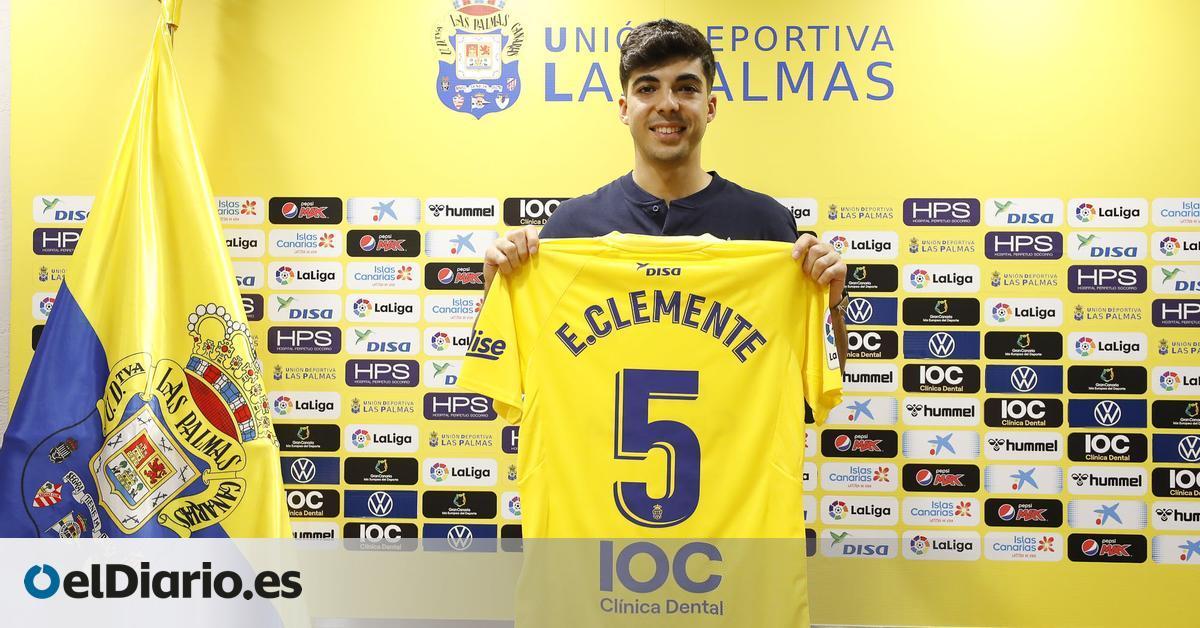 The Aragonese defender Enrique Clemente stated this Monday in his presentation as a new UD Las Palmas player that he accepted the island’s offer because of the style of football used by the coach, Xavi García Pimienta, with whom he is “in tune” and with whom knows well “for years”.

The footballer from Real Zaragoza signs until 2024, “with a longer term horizon”, as he did not want a new loan, after having played on loan at UD Logroñés and in the Real Sociedad subsidiary by the Maño team , which has not counted on him in recent years.

“The main reason for coming is that from the first contact with me I felt highly valued and loved, and also because I wanted to settle in a club, come as property, because another transfer made no sense”, he acknowledged to journalists.

🎙️ @eclemente10: “I come to work and compete as one more”

The handy player inherits the number 5 shirt left by Ecuadorian Erick Ferigra, now in Portuguese football, and has assured that he is physically ready to start training with his new teammates, at the disposal of a coach, García Pimienta, who “a few years ago years” already contacted him when the Catalan coach was at FC Barcelona.

Enrique Clemente, despite the “overbooking” of central defenders in the squad, does not see rivals “but teammates” to win a position, but he has an advantage: he is left-handed and can play as a left back, positions that he has alternated “from categories inferior, before being professional”.

This has also been admitted by Luis Helguera, sports director of the club, recognizing that his arrival can “give a break” to Sergi Cardona, starting left back, and whose only replacement until now was Benito Ramírez, a winger converted to defense.

Clemente added that it will be “a pleasure” to share a dressing room and team with Jonathan Viera, whom he has seen playing since he was a child “on television and he is an idol here”, and has also highlighted that on the island “football is breathed and there is a lot of passion by the team”, as is also the case in their hometown.

The 23-year-old Aragonese defender watched the first league game “from Zaragoza’s side” -a goalless draw at the Gran Canaria Stadium-, and the one the following day against Malaga, with an island victory by 0-4, already aware of the interest that the yellow team had shown.

“That philosophy of the game has always attracted me a lot, I think the same as the coach, and I come here wanting to contribute my qualities to that style. We have to think about winning every game and today we have an important test against Andorra”, he said in reference to the match that will close tonight the third day of LaLiga SmartBank.