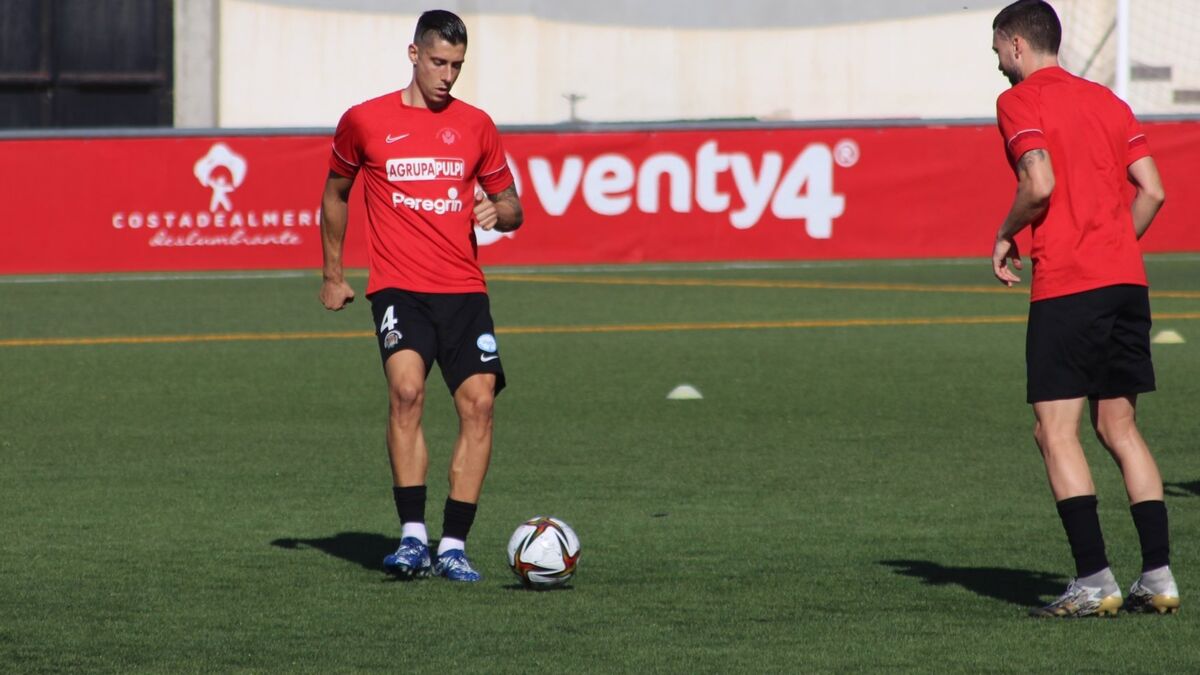 The debuts of the senior football teams from Almeria will take place progressively, all starting in September except the UD Almeriawhich returns se

The debuts of the senior football teams from Almeria will take place progressively, all starting in September except the UD Almeriawhich returns seven years later to the First Division, debuting on August 14 (10:00 p.m.) against Real Madrid. The rest of the groups in the province do not yet know the calendar, but they do know the dates of it. Almería will not have representation in either the Second Division or the First RFEF, but it will in the rest of the national and regional categories (and logically provincial), ordered below.

After Atlético Pulpileño’s relegation last season, only Poli El Ejido will be in the fourth Spanish category. The celestial set passes from group V to IV. Those from Poniente still don’t know who they will debut against, but they do will start the competition on September 4. The regular phase expires on May 14, reserving the last two weekends of that month for the first qualifying round for promotion, while on June 4 and 11 the finals will be determined to go up to the First RFEF.

With 18 teams in each of the five groups, The champion of each group will be promoted directly, while the second classified will face the fifth of other groups, and the third with the fourth in the first round. Subsequently, a second and final tie will be played, with the second leg of each one in the field of the best classified in the regular league.

For its part, the last five of each group descend to Third RFEF. In addition, the four worst tenth-thirds play a round-trip tie on May 21 and 28, losing the loser.

The Almeria B he returns to the military in the fifth category, specifically, in group IX (eastern Andalusia), while Atlético Pulpileño returns to XIII (Murcia) after not having achieved permanence last year in the Second RFEF. In this division there is one group per autonomous community (generally with 16 teams in each one after the number has been reduced in recent years), except in Andalusia, where there are two.

The league will start on September 11ending the regular phase on April 23. The champion of each group rises directly, while the second faces the fifth from the same group and the third against the fourth on April 30 and May 7. The two winners will play on May 14 and 21, playing the second leg in the field of the best classified. One team from each group will come out of these qualifiers, crossing these to play the final qualifier on May 28 and June 3.

For its part, the last three of each group go downbeing able to increase the figure if any team from eastern Andalusia drops out of the Second RFEF, something quite likely since Poli El Ejido, Recreativo Granada, Antequera, Torremolinos, Vélez and Atlético Mancha Real are in that case.

The novelty of this course is that the three ties are played home and awayunlike last season, when it was a single match at a neutral venue, which caused images with empty fields and clubs without receiving an economic cut for ticket revenue.

The sixth division of Spanish football becomes regional competition. In group 2 (there are two) they repeat the Poly Almeria, berja and singingwhile returning the Adra after being promoted. La Cañada, meanwhile, lost the category. The competition will begin on September 25, lasting until May 21 (this year it ended in June as there were 19 teams for the 16 of the new season).

The first two ascend directly, lowering the last four to provincial categories (the last exercise they did up to seven!). Of course, the number can vary depending on a series of drags. Thus, if the last three teams in group IX are Andalusian, three from this group 2 of the Division of Honor would also be promoted, as long as no team from eastern Andalusia has dropped from the Second RFEF. They could raise even four clubs in the event that there is no descent due to drags and there are two promotions in group IX of the Third RFEF.

Like Atlético Pulpileño, Huércal Overa is also registered with the Murcia Region Football Federation (FFRM) by geographical proximity. The Huercal team descended from Third RFAF last season and now they must play in Regional Preferred, which last year had two groups of 15 clubs each. The first would be promoted directly to the RFEF Third Division, the last five would be relegated and the second would cross paths with the fifth from the other group and the third with the fourth, leaving another promotion for those eight teams participating in the qualifiers. The FFRM has not yet released the circular informing about the start of the competition, the composition of each group and if the qualifiers will be round trip.

Unlike past times with four groups, the Primera Andaluza currently has eight, so only teams from the same province face each other. The sixth division will be held from September 18 to June 4although the date of the last day will depend on the competition system advocated by the Almeria delegation.

If last year in Almeria there were two groups, subsequently disputing a league for promotion and another for relegation (dragging the points of the first phase), this course gains a lot of strength that there is only a group of 16 teams, disputing, like other provinces, playoffs for promotion and not a league. However, it remains to be seen if the top four or the eight will play it, even if it is done in a league if two groups are finally chosen, something that happened last year, in part, due to pressure from some clubs. who refused to play in a Segunda Andaluza that this year would be held.

Before that, Pavia, Vera, Viator, Huércal, Garrucha, Poli Ejido, Villa de Albox, Cuevas and Ciudad de Roquetas will have their debut in the Cup (the draw has not yet taken place), being the first leg of the quarterfinals on September 4; and the second leg, on the 11th. The champion has the chance to play the Copa del Rey qualifier 23-24.

Tags: equipment, debuts, climbing
The world ranking with the best soccer teams of the 2021 season came out
Football Money League: Pandemic lifts Manchester City’s petrodollars to the top of football revenue | Companies
The first 28 shifts for the 2022 Draft were defined
FOOTBALL 3141