Clint Dempsey inducted into the American Soccer Hall of Fame 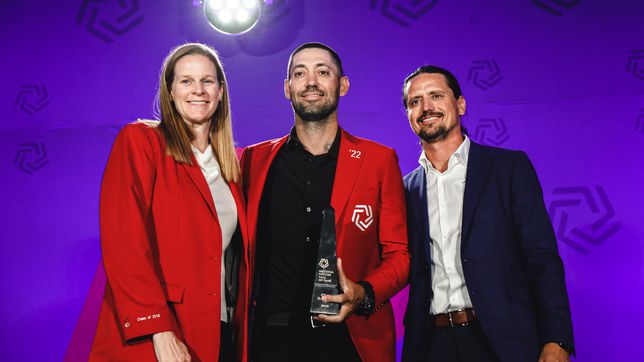 This Saturday the name of Clint Dempsey officially became a legend of American soccer, because after several months of waiting, the top scorer in t

This Saturday the name of Clint Dempsey officially became a legend of American soccer, because after several months of waiting, the top scorer in the history of the USMNT was officially inducted into the United States Soccer Hall of Fame.

Along with the former striker for the Portland Timbers and clubs such as Fulham and Tottenham in the Premier League, the names of Shannon Boxx, Linda Hamilton, Marco Etcheverry, Christine Pearce Rampone and Este Baharmast, were also immortalized in the Football Hall of Fame. national football.

Clint Dempsey’s 209 MLS games with the Portland Timbers, in addition to his 141 games with the USMNT, in which he reached a historic 57 goals, becoming the leading scorer in USMNT history alongside Landon Donovan , are some of the main merits that this Saturday give the American the title of new member of the United States Soccer Hall of Fame, being considered one of the best athletes in the history of North American football.

During the investiture ceremony, Dempsey was accompanied by his family, whom he thanked for the unconditional support that made him get to where he is now an immortalized legend.

Likewise, he acknowledged that he never imagined being a member of the Hall of Fame, since his only dream was to represent the USMNT, a fact that he achieved like few others in the history of Team USA.

“As a child, I dreamed of this moment of representing my country in a World Cup and scoring in a World Cup. But I never thought that he would be recognized among the best American players of all time, so it is a real honor for me to be a member of the American Soccer Hall of Fame, ”explained Clint Dempsey.

In this way, Dempsey joins other historic USMNT players who have managed to reach the Hall of Fame, including Steve Cherundolo, current LAFC coach, former goalkeepers Brad Friedel and Kasey Keller, Claudio Reyna and other legends of the United States soccer.

An emotional Clint Dempsey thanks his family for getting him to this moment. pic.twitter.com/bmdYE3eN86

They reveal the 31 highest salaries in football in Europe
The prizes that the Scotiabank Children’s Soccer National Championship will award
How did Juan Manuel Cuesta fare in Brazilian soccer?
FOOTBALL 2736