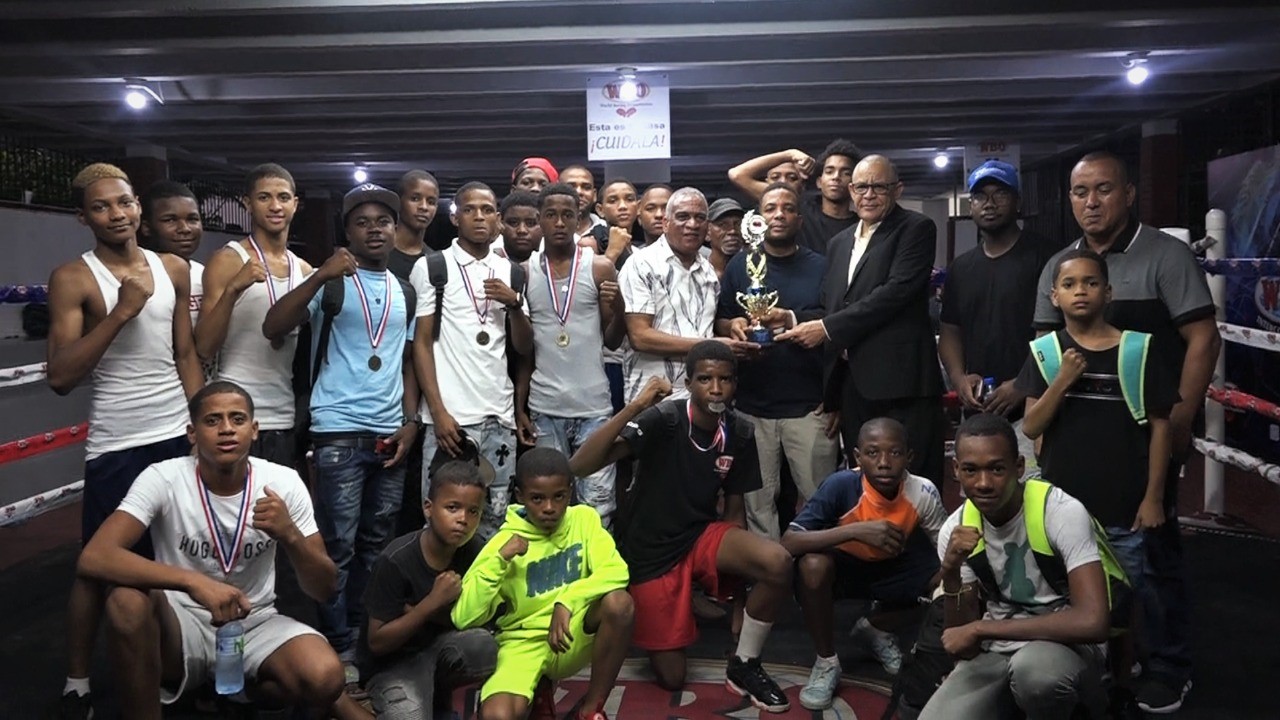 The representation of Billy Thompson got a total of 30 points to proclaim himself champion of the fair organized by the Boxing Association of the National District, chaired by Gerardo Montero, and had Juan A. Rodríguez as technical director.

Montero reported that 80 athletes competed in the contest and it was held in the children’s categories, for athletes 15-16 years old; youth (17-18 years) and elite (19 years and older).

In second place was José Gómez Díaz with 15 points and in third place was the Minerva Mirabal club with 10 points.

The award ceremony was headed by Montero, accompanied by Rodríguez and Ángel Rivas, president of the National District Volleyball Association (Asovodina), and Roberto Ramírez, president of the Dominican Federation of Clubs (Fedoclubes).

Montero announced that the National District team that will compete in the National Youth Tournament later this month in Sabana Grande de Boyá, Monte Plata, will be chosen from the competition.

Montero stressed that the tournament was held with the support of the Ministry of Sports and the endorsement of the Dominican Boxing Federation (Fedoboxa).

The boxers who won gold medals were, in the 51 kilograms, Jesús Ramírez, from the José Gómez Díaz club, who beat Relbin Calderón from the Prospectos de Lucho club by superiority; and in 54 kilos Ezequiel Medina, from the Minerva Mirabal club, beat Jonathan Martínez from Billy Thompson 3-0.

In 57 kilograms, Alejandro Rosario, from the José Gómez Díaz club, defeated Jeremy Núñez, from the Juvenile Uprising; In 69 kilos, Cristopher Nova, of the Lucho Prospects won by decision 2-1 over José Martínez, of José Gómez Díaz.

In the 63 kilograms, Ignacio Valdez from the Ramón Paula club, beat Osmar Díaz, from Prospectos de Lucho, by knockout in the fastest fight of the night (five seconds of the first round); In 71 kilos, Jefferson Villar, from Samuel Santana, dominated Roberto de Jesús, from María Auxiliadora 3-0.

Tags: boxing
Boxing: Sonny Bill Williams, rugby myth with the ‘All Blacks’ and undefeated boxer: his brutal KO of Barry Hall
Oso Heredia boxer who left the street, wants to dominate the cruiserweight
“I couldn’t speak”: Mexican boxer, who managed to get out of a coma, tells her story
BOXING 3638