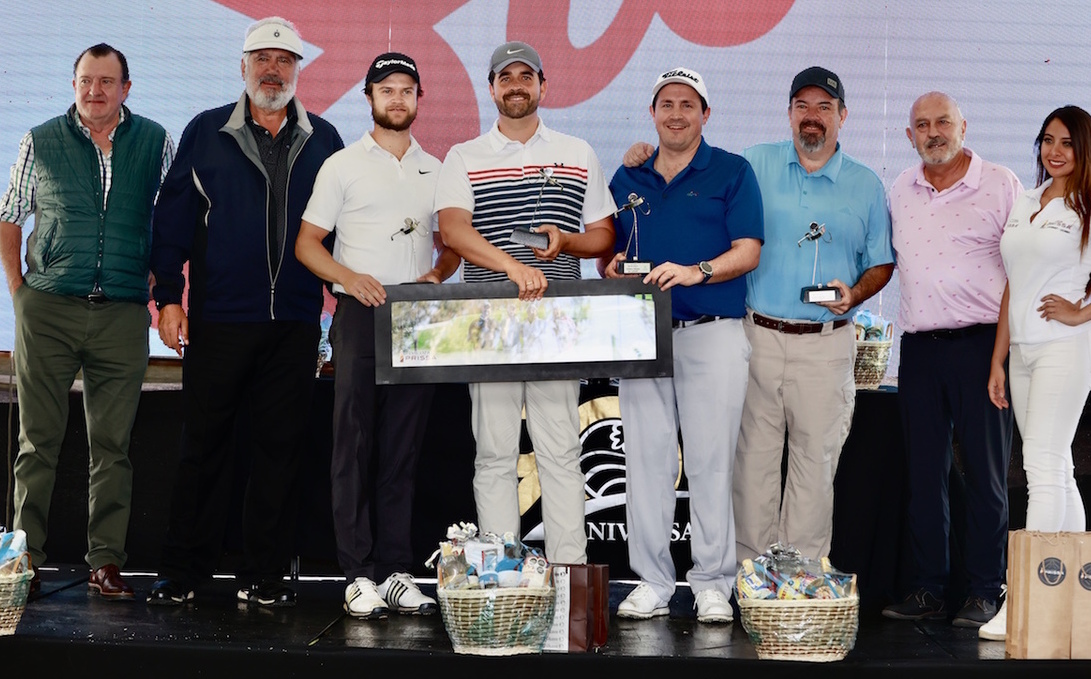 A field to attract attention. Starting tomorrow and until Saturday, stage 9 of the 2021-22 season of the IV Copa Prissa Professional Golf

A field to attract attention. Starting tomorrow and until Saturday, stage 9 of the 2021-22 season of the IV Copa Prissa Professional Golf Tour presented by Maestro Dobel Tequila will take place, which will take place at the Club Campestre de Puebla and which is part of the DevSeries of the PGA Tour Latin America.

On this occasion, the fair from Puebla will have a field of 78 players who will be participating for a purse of one million 600 thousand pesos. The presence of the Mexican legend Esteban Toledo and the American Kevin Stadler, winner of the Phoenix Open on the PGA Tour in the 2013-14 season, stands out.

“It is a pleasure for me to be in my country, with my people and play on this spectacular course,” said Esteban Toledo, from Mexical, four-time winner of the PGA Tour Champions. “I appreciate the invitation from the Professional Golf Tour to participate in this important tournament.”

The defending champion is Guatemalan José Toledo who last year beat local Juan Carlos Benítez in a dramatic playoff. “The Campestre de Puebla is one of the best stops of the year, it is an excellent course where you have to play patiently, know how to move the ball from the tee and be precise with the irons,” said the Central American, current ranking leader.

Stage 9 of the current campaign will mark the debut in a men’s professional tournament for Carolina Rotzinger from Puebla. “The truth is that I am very excited, I feel very lucky and very grateful to all the organizers and the Country Club that invited me to be part of this tournament,” said the member of Impulsado al Golf Profesional Mexicano (IGPM).

“I want to play the best golf possible, I know it will be a great challenge, but at the same time it will be a great experience for me. The key this week is going to be hitting greens and playing well with the putter,” added the 24-year-old player who will be participating in the Women’s All Pro Tour (WAPT).

Due to his outstanding participation in stage 8 held a month ago in El Campanario de Querétaro, the amateur Juan Manuel Martínez received an invitation to compete in the IV Copa Prissa presented by Maestro Dobel Tequila.

“I feel very happy and very excited to be here just like the previous time in Querétaro,” said Juan Manuel Martínez, just 16 years old and top ten in Querétaro. “Since I was little I have played on this course and I have learned that you have to have a good strategy. You have to use the irons and put the ball in play”, said the young man from Veracruz.

The winning team of the ProAm of stage 9 of the Professional Golf Tour was led by the professional Pablo Rincón Gallardo and the amateurs Juan Aliseda, José Enrique Millet, Diego and Rodrigo Aliseda.