COLDPLAY BARCELONA TICKETS | Where and when to buy tickets for the Coldplay concert in Spain: This is the price 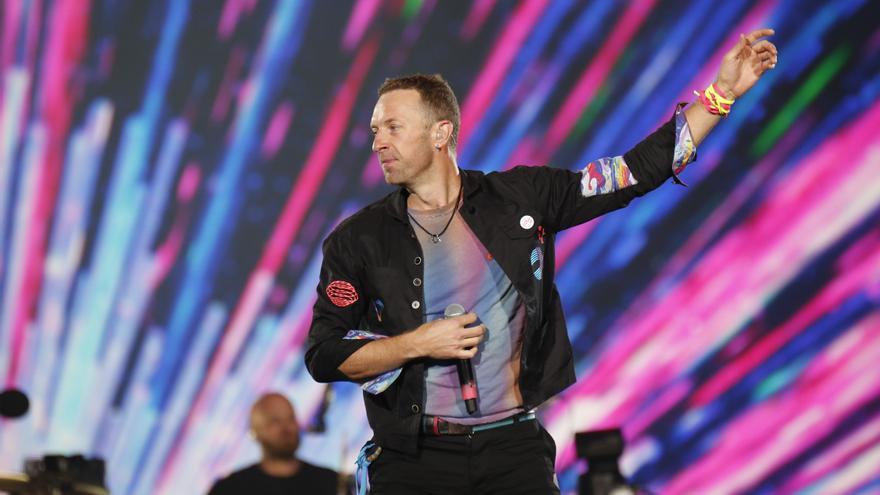 Coldplay is back in Spain. After 7 years since the last time they set foot on national territory, the English band will return to perform

COLDPLAY BARCELONA TICKETS | Where and when to buy tickets for the Coldplay concert in Spain: This is the price

Coldplay is back in Spain. After 7 years since the last time they set foot on national territory, the English band will return to perform in Barcelona with their new tour, “Music of the Spheres World Tour”. They will do it on May 24 and 25 with a show full of energy at the Estadi Olimpic Lluís Companys in Barcelona.

Just after completing his triumphant six-night sold-out run at London’s iconic Wembley Stadium, the British band announced a few days ago the second leg of their European arena tour for May 2023. Dates include the first stops of this tour in Portugal, Spain, Italy, Switzerland, Denmark and the Netherlands, along with UK concerts in Manchester and Cardiff.

According to what they say from Ticketmaster, a page where tickets for both shows can be purchased, the British group has sold more than four million tickets for the dates in Latin America, North America and Europe. Coldplay has captivated fans and critics alike, evidenced by the recent praise for his concerts at Wembley.

“The tour has also stood out for its innovation and sustainability with initiatives such as concerts designed with 100% renewable energy in virtually every country, the use of the world’s first battery system that can be touched (made with 40 BMW electric car batteries), electric bicycles and kinetic dance floors that they allow fans to do their bit for the development of the show or solar panels and wind turbines in all the shows. In addition to their commitment to reduce touring emissions by 50%, they also offer incentives to encourage fans to use sustainable transportation and plant a tree for every ticket sold.

Where to buy tickets for Coldplay in Barcelona?

The sale will be made through the group’s own website or through various ticket sales portals such as Ticketmaster or Live Nation Spain.

When do they go on sale?

Tickets for the Chris Martin band show will go on sale on August 24 at 10:00, with an exclusive pre-sale, and in which a maximum of 4 tickets per person can be purchased.

But there will be another opportunity the next day, on August 25, for all European tours starting at 10.00.

What are the prices?

The amount of the tickets will depend on the area in which you choose to enjoy the concert. According to the sales portals, the general cost on track will be 95 euros plus management fees; and the general cost in the stands will vary from 50 to 150 euros plus expenses. But if you prefer to enjoy a more complete experience, the group offers a VIP package with benefits such as “first category” seats, exclusive access to the venue, gifts, priority access to the track, catering and open bar. These packages are logically more expensive than the previous ones and can cost up to 205 euros plus expenses.

What are the rest of the tour dates?

Tags: to buy, Spain, tickets
What about the sale of tickets to the Daddy Yankee concert?
Daddy Yankee’s wife reveals ticket sale date in Chile
Fourth Coldplay show in Chile: When is the ticket sale
TICKETS 264