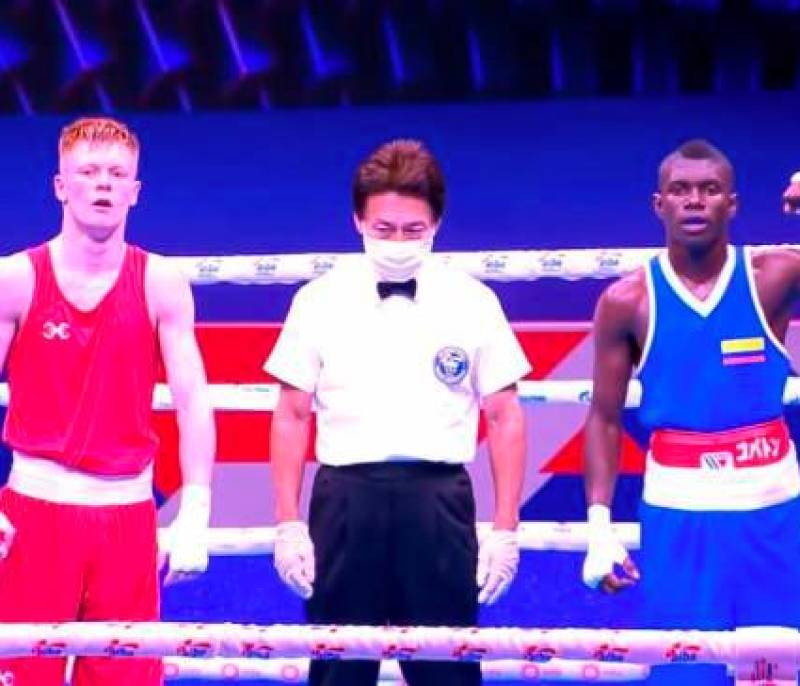 Yuberjen Martínez from Antioquia made his debut with victory at the Amateur Boxing World Cup in Belgrade by beating the Englishman Kieran Macdonald.

His next opponent will be Belarusian Dzianis Salotskikh, who beat Japan’s Syogo Tanaka on points, in split failure.

Colombia added two more victories yesterday and reached 7 wins in the orbital contest. Yilmar González, from Valle del Cauca, was the first to climb the platform, who unanimously beat Khusravkhon Rakhimov, from Tajikistan.

Later, Cristian Salcedo from Boyacá did the same by defeating Hungarian Koppany Fehor 5-0. On November 1, González will face Cuban Javier Ibáñez, who represents Bulgaria; while Salcedo will hit the Armenian Chaloyan Davit on Sunday. Read here: Pambelé, the greatest, on a day like today he was world champion

The only Colombian boxer in the history of this sport who has risen to the top drawer of the podium is Miguel María “Máscara” Maturana from Cartagena, who on November 18, 1981 split the history of Colombian amateur boxing in two by proclaiming himself world champion in Montreal, Canada.

Maturana, aged 22, faced the Korean Chang Im Suk in the final and beat him with solvency to inscribe his name in history.

“The Korean came from beating the Cuban, who was the favorite. I had little strength, but I said to myself, God give me strength to win and that’s how it was, ”Maturana told El Universal at the time.