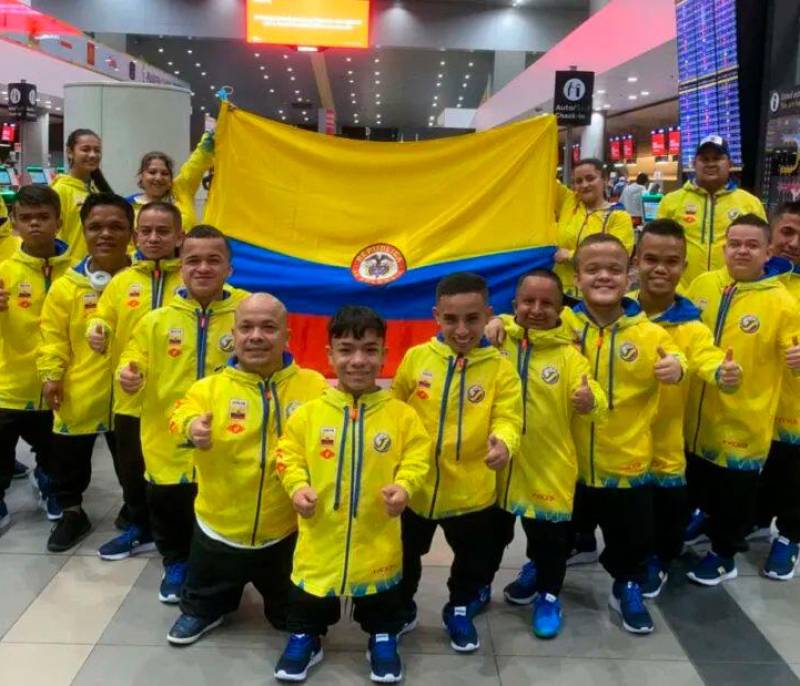 First, the women made us enjoy their performances in the Copa América and the U-20 and U-17 World Cups. Then the members of the indoor soccer tea

First, the women made us enjoy their performances in the Copa América and the U-20 and U-17 World Cups. Then the members of the indoor soccer team, and now the national team is getting ready for the short Intercontinental in Mesitas del Colegio, Cundinamarca, between November 29 and December 2.

“We are also going to make history,” said Alexis Calvo, 41 years old and 1.05 meters tall, president of the Colombian short-stature soccer team. He is a professional actor and his most remembered role among the public was that of “Caco”, the short man in the series Gangs, War and Peace. Read here: Julio Comesaña pa’fuera; He no longer goes with Junior from Barranquilla

In 2009, while the series was being broadcast on national television, together with his wife, Adriana Fernández, he created the Happy and Healthy Children Foundation, in which they work for social inclusion and the well-being of short people. “I have four children, the three oldest are of average height, but the youngest is short, so when he was born we decided to create a foundation. We hold a recreational sports and cultural meeting for short people every year. We work on issues such as social, labor and sports inclusion”, commented Calvo.

He has been a lifelong soccer player, a family heritage, since his brothers also played in the teams of the universities where they studied. Being short was not an obstacle. He was always aware of the social power that football had. He realized that when they convened activities related to sports from his foundation and more people began to arrive.

How was the Selection born?

In 2017, Facundo Rojas, president of the International Federation of Short Stature Soccer, came to one of the events organized by Happy and Healthy Children. He told Alexis that countries like Argentina and Peru were working on consolidating this sport.

And they were invited to the Copa América that took place in Buenos Aires, Argentina, in August 2018. Alexis began to form a team with his acquaintances. He only managed to gather seven footballers. They participated, but it did not go well for them.

In matches there are seven players on a futsal field. Six of them can measure a maximum of 1.41 meters and only one can have a height of up to 1.49, demonstrating that he has a diagnosis that certifies him as short.

In 2019, Calvo participated as a representative of Colombia in the founding of the International Federation of Short Stature Soccer, which took place in Corrientes, Argentina. He was appointed as the organization’s treasurer. Read here: Batteries, Cartagena! Barcelona Academy could be on the Caribbean Coast

Now, in addition to being the president of the Colombian national team, he is also the technical assistant. He plays soccer, but not competitively, because “I’m my age now and you have to be consistent. Young people are more prepared for high performance competition.

Soccer has been an opportunity for recognition and social inclusion for them. However, there is still a long way to go before they are seen for what they are: “equal people, capable, but with different conditions”.

These are the 20 summoned

Tags: Colombian soccer team
Valladolid – Ponferradina, live
Spain, with all those summoned, is concentrated in the City of Football thinking of Qatar
Chelsea-Real Madrid | Result, goals and summary of the Champions League match
FOOTBALL 4303