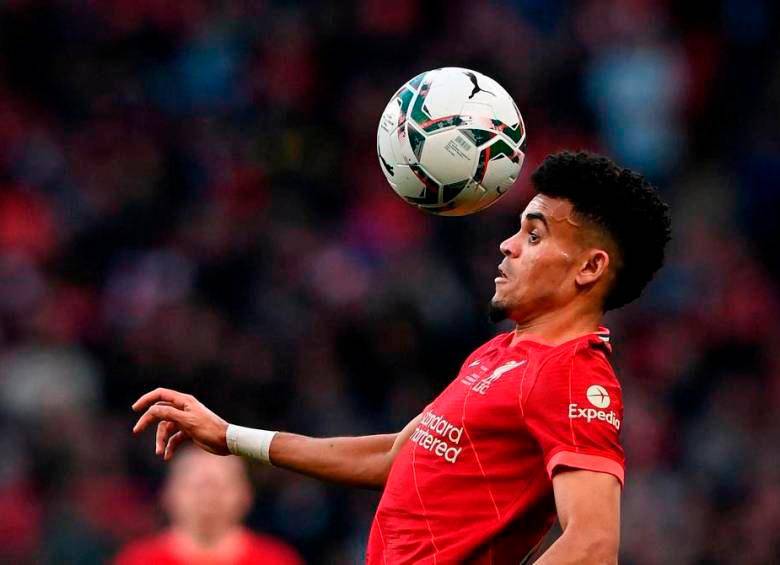 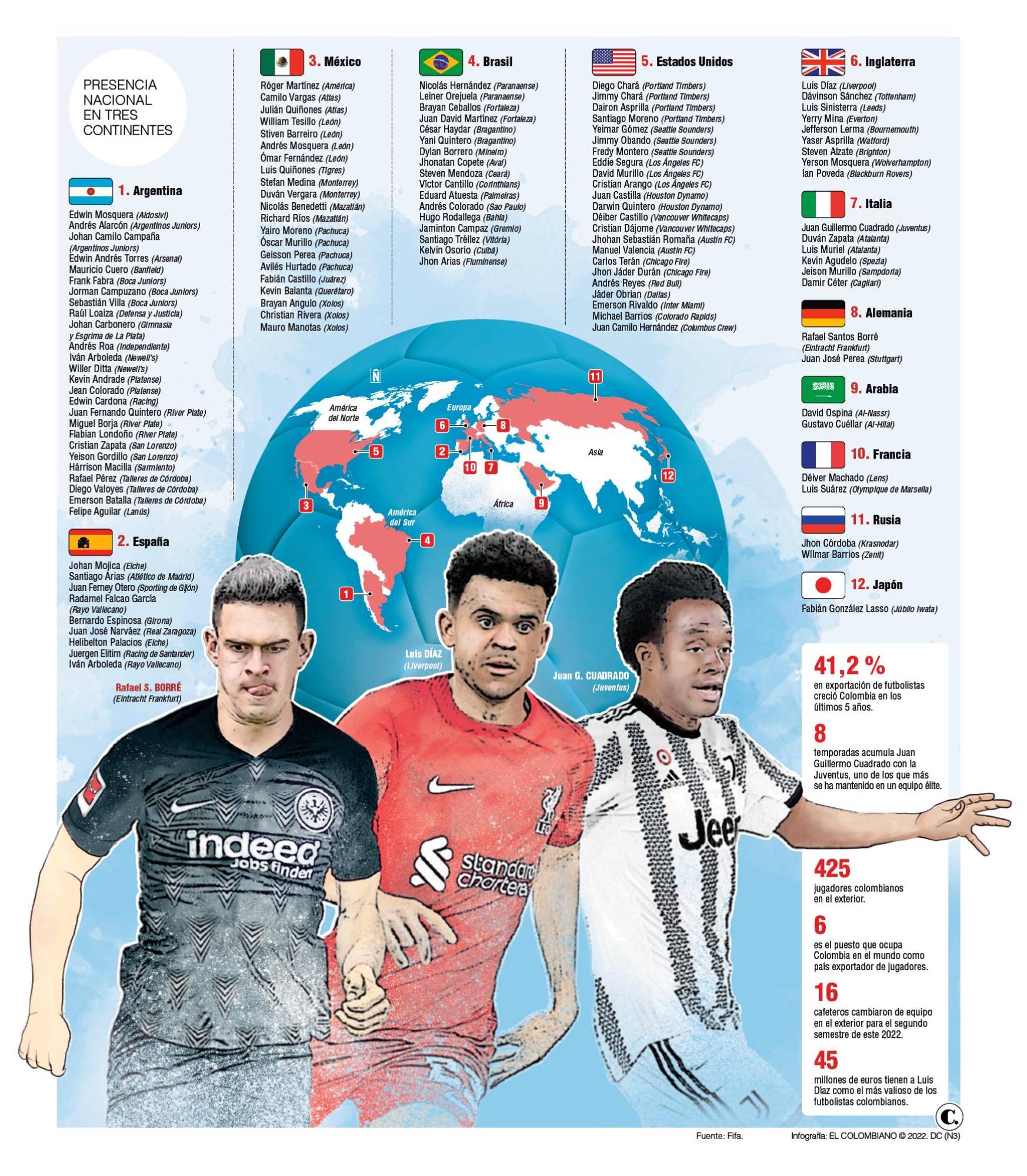 It is increasingly common for Colombian soccer players to be coveted by foreign clubs and this is reflected in their presence in the main tournaments, which, in the case of the Premier with Luis Díaz as our greatest representative, will resume competitions on August 5.

This was evidenced by the CIES Football Observatory in its latest report on the export of players in 135 leagues (83 European, 20 Asian, 18 South American, 10 North American and 4 African).

According to the document, the export of coffee growers is increasing and experts say that, in addition to finding cheap labor in local soccer, it can match the quality of Brazilians and Argentines. This was stated by the Spanish player agent Marc Salicrú.

Proof of this are the fruits that clubs like Liverpool, Juventus and Eintracht Frankfurt have reaped, with Luis Díaz, Juan Guillermo Cuadrado and Rafael Santos Borré, respectively. That, to mention only the cases in England, Italy and Germany.

However, the market is not only European, since Argentina, Brazil, Mexico and the United States are the countries that most opened the doors to Colombians for this second semester, and there are other exotic destinations such as Russia, Japan and Saudi Arabia. In those destinations they are valued and make a leap to more important clubs. “Before, we businessmen were afraid to go to Colombia to negotiate players, especially in the 1990s. That’s why few came from there, but now the European teams have recruiters there almost all year round,” says Salicrú.

For the season that is about to start, the nations of the continent, including Central and North America, that have the most athletes from Colombia are Argentina with 26, followed by the United States (23), Mexico (21) and Brazil (17).

In Europe, while leagues like Portugal’s are a springboard to jump to more competitive ones, Spain will have the largest number of coffee growers, 10 in total. In England there will be 9, in Italy 6 and 2 in Germany. David Ospina, on the other hand, left Italy for Arabia. The graph shows figures and the list of our soccer players around the world.

Tags: john eric gómez marín
Sabina returns to the UFC octagon this Saturday
Sabina Mazo does not give up her dream and returns to the ring in the UFC
Sabina already knows her new challenge in the UFC
FOOTBALL 3177