Come back 1-2 in the NBA Finals: the Warriors look to repeat their feat of 2015 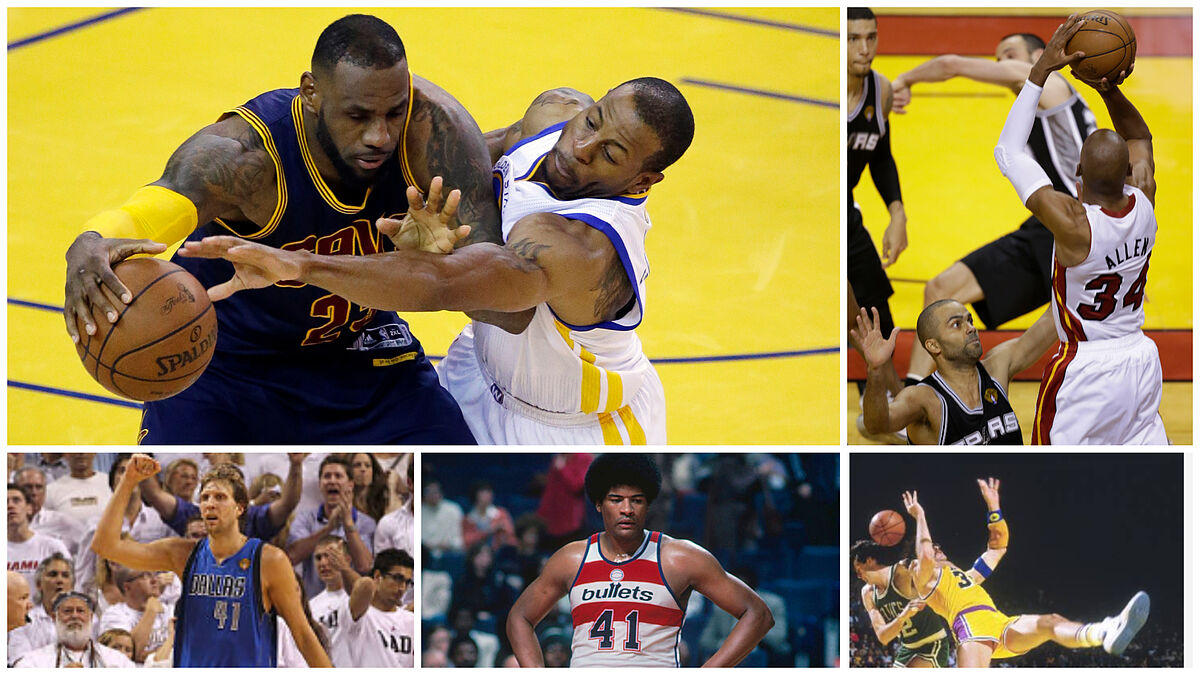 Lyou Boston Celtics won Game 3 to take a 2-1 lead in the NBA Finals. 32 of the previous 39 teams took the ring after winning the third of a series

Come back 1-2 in the NBA Finals: the Warriors look to repeat their feat of 2015

Lyou Boston Celtics won Game 3 to take a 2-1 lead in the NBA Finals. 32 of the previous 39 teams took the ring after winning the third of a series that came tied 1-1, but the Golden State Warriors already know what it’s like to come back from 1-2.

In 2015, with the change to the Death Lineup against LeBron’s Cavs, the Warriors came from behind to be the seventh team to win the ring after losing Game 3 of tied Finals.

The first title in Celtics history It came after going down 1-2 against the Hawks, then from St. Louis. Boston tied the series by winning Game 4 on the road, 123-118, but the Finals went to game 7who played at home and won 125-123, in which he is still Only seventh game in the history of the Finals that was defined in double overtime.

The fifth ring of the Celtics and consecutive fourth has a proper name: Frank Selvywho had the winning shot with less than 5 minutes left in the Game 7 in Boston. They went into overtime again, where they won 110-107 behind the 40 rebounds from Bill Russell.

But the Celtics entered that seventh game after trailing 1-2, succumbing to the 61 points from Elgin Baylor to lose the hometown in Game 5, win it back by surviving elimination in Game 6 in Los Angeles, before taking the ring at the Garden

The Finals had a strange 1-2-2-1-1 format. Both teams won their home opener, but Bob Dandridge couldn’t win it at the buzzer and the Bullets lost 93-92 in the third. The series was in danger of not returning to Washington, but they won Game 4 (120-116) in overtime. They went down 2-3 and forced the seventh and final with a 117-82 win to go to Seattle and take the ring, 105-99, in the game that went down in history for the 0 for 14 from Dennis Johnson field.

Before the Cavs in 2016, the Bullets were the last to win a Game 7 of the Finals on the road and are the only ones on this list with 1-2 comebacks.

The latest edition under the 2-3-2 format and one of the most picturesque editions. Boston needed extra time to go 1-1 in the series and lost 33 (137-104) in the first in Los Angeles, in which Magic Johnson set a record 21 assists and Larry Bird declared his team to be a ball of ‘cowards‘.

Game 4 was won by Boston, 129-125 in overtime, leaving multiple events for the story. First, Kevin McHale’s foul on Kurt Rambis which led to the emptying of the benches. Second, the image of Cedric Maxwell putting his hands to his neck and saying that James Worthy was ‘drowning’ after missing from the line in extra time. Third, the birth of ‘Tragic Johnson’, as Magic committed a loss and missed two free throws in overtime.

The fifth was just as famous. The Celtics won 121-103 in a Garden where the air conditioning broke, prompting Kareem Abdul-Jabbar to ask for an oxygen tank. The Lakers won by double figures in the sixth and, at the Garden, Boston took the Finals, 111-102, with Magic Johnson committing another loss in the last minute, when the Lakers trailed by three points. 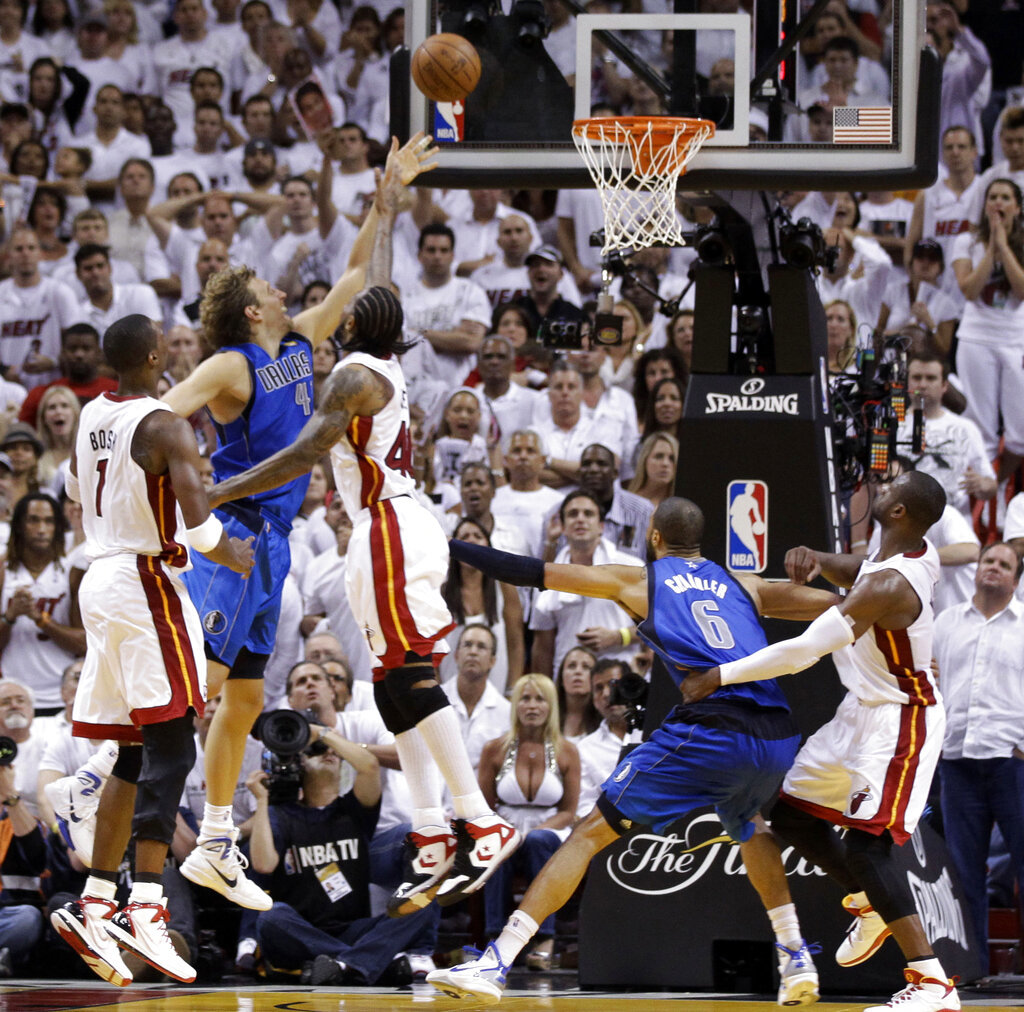 LeBron James’ first year in Miami. The Heat won Game 1 92-84 and led by 15 into the fourth quarter, with James and Dwayne Wade boxing like a 3-pointer. That woke up the Mavs, who came from behind to tie the series, but in the first game in Dallas they lost home. 86-88.

But LeBron disappeared in the last three games (scored 46 combined points, not exceeding 21), famous for do not attack JJ Barea in the post. Jason Terry he made a pair of key 3-pointers in Games 4 and 5. Back in Miami, Dirk Nowitzki rebounded from a 1-for-12 first half and led the Mavs to their first championship.

The second Heat ring of Wade, Bosh and LeBron. After dividing the first two in Miami, San Antonio won the third by 36 (113-77), the third biggest blowout in Finals history. The Heat won 109-93 in the fourth, but trailed Miami 2-3 for Game 6.

The Spurs were closer than anyone who didn’t win the ring in that sixth game. They required 6 situations that all came out in favor of Miami, when the stadium was already preparing the coronation ceremony of San Antonio. (1) Leading 93-89, Ginobili missed one of two free throws. (2) LeBron threw a rock at the backboard, but mike miller I took the offensive rebound. (3) James hit a 3-pointer on second down. (4) Kawhi Leonard split his trip to the line to leave the margin at three points. (5) LeBron threw another 3-point stone, but Chris Bosch caught the offensive rebound taking advantage of Popovich benched Tim Duncan. (6) Ray Allen he stepped back, didn’t step out, and hit a 3-pointer from the corner to go into overtime.

Still in Game 7, in a heavyweight fight, Tim Duncan missed a shot in transition that would have been the tie with a minute left on Shane Battier. LeBron froze everything with a half shot and a pair of free kicks. 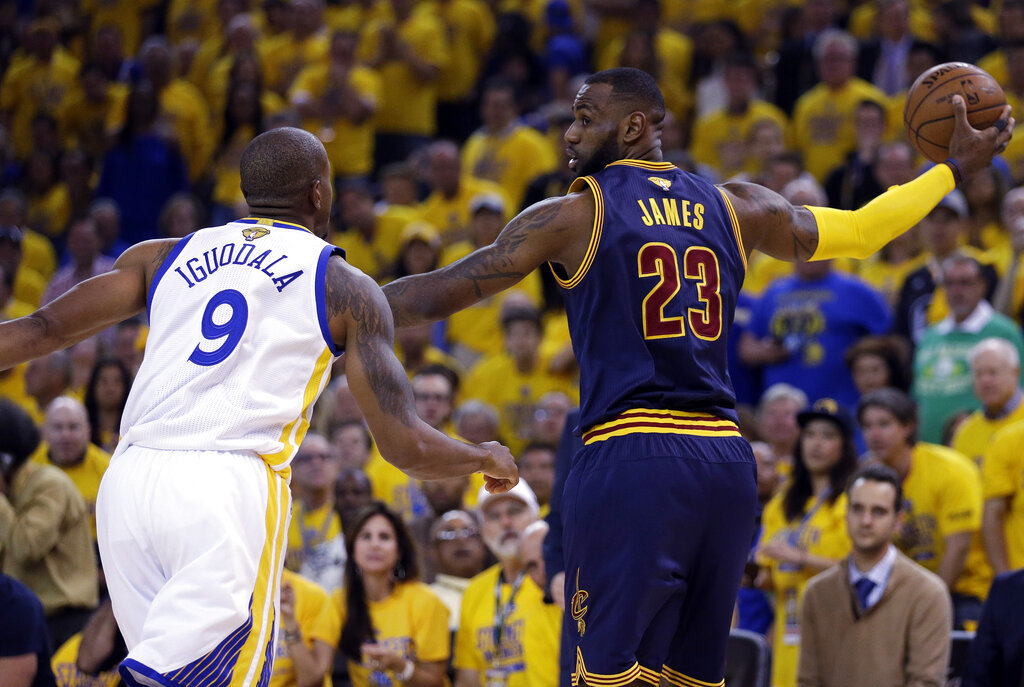 The last, courtesy of Golden State. The Warriors trailed 1-2 against a Cavs without Kyrie Irving and Kevin Love. Steve Kerr shook the hornet’s nest and put Andre Iguodala as starterstarting with the Death Lineup of Curry, Klay, Draymond and Barnes, and won the next three games by at least 8 points to win the crown for the first time since 1975.

Loading...
Newer Post
Classic Real Madrid vs. Barcelona in the United States, 2022 pre-season friendly: when is it, date, day and time, where is it, venue and stadium
Older Post
Czech picks up where he left off