Complete Formula 1 calendar for the 2022 season 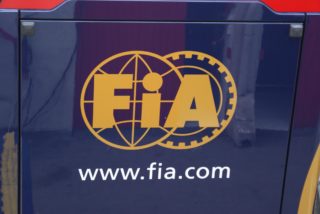 While the controversy over the end of the World Championship and the fight between FIA and Mercedes continues, the factories are already at full ca

While the controversy over the end of the World Championship and the fight between FIA and Mercedes continues, the factories are already at full capacity with their minds set on the 2022 season. If the coronavirus pandemic does not prevent it again, the first race, as well as Last season, it will be in Bahrain on March 20, 2022 and will be followed by the 2022 Saudi Arabian Grand Prix, a track that debuted in the penultimate race of 2021 and which left us with memorable moments.

On April 10, the F1 calendar will take us to Australia after several years without stepping on Daniel Ricciardo’s land, we hope to see a great race after the remodeling of the Albert Park circuit, another unknown for the teams and the new 2022 cars.

The fourth race of the year will take us to European lands, Imola remains on the calendar to contest the Emilia Romagna Grand Prix on April 24, while on May 8 we will cross the pond to enjoy the inaugural race of the Miami Grand Prix 2022, just before Formula 1 reaches the Montmeló track to contest the 2022 Spanish Grand Prix and the following week, on May 29, we will experience the glamor of Monaco.

The Baku race, which this year left us nailed to the end of two laps, will be on June 12 and the following week again on the other side of the pond for the 2022 Canadian Grand Prix.

Silverstone awaits us for July 3, continuing with the Grand Prix of Austria, France and Hungary will complete a very busy month of July for teams and drivers: 4 races in the 5 weekends. A strong jerk just before we head into summer vacation.

The action will return to the track on August 28 with the legendary track of Spa-Francorchamps, the Netherlands the following week and the Temple of Speed ​​in Monza will complete three consecutive weeks of F1 on September 11.

For September 25, the series with more kilometers traveled from Russia to Singapore and from there to the United States, Mexico and Brazil, passing through Japan first. A huge logistical challenge for the World Championship that thus demonstrates its more global trend.

The last race in 2022 will be again in Abu Dhabi, which is half as exciting as this season we fans are already content.

The 10 drivers who caused the most damage to their cars in Formula 1 during 2021
F1 | Alonso: “There are many boring games and nobody proposes to play without a goalkeeper”
Mercedes ignites Formula 1 with a claim about Lewis Hamilton’s engine
FORMULA 1 603