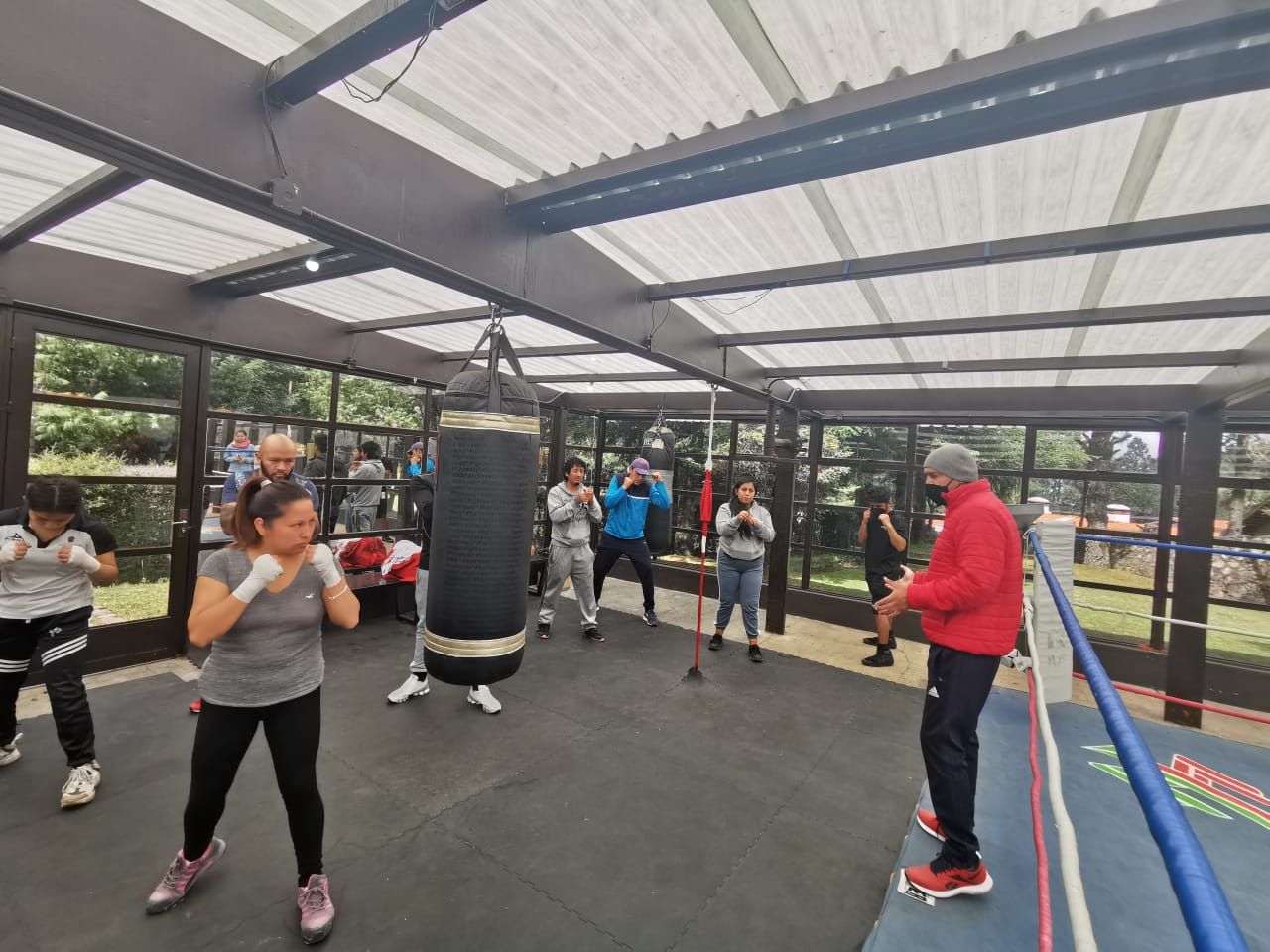 The Course for Boxing Trainers organized by the Boxing Association of the State of Mexico (ABEM), with the support of the General Directorate of P

The Course for Boxing Trainers organized by the Boxing Association of the State of Mexico (ABEM), with the support of the General Directorate of Physical Culture and Sports, at the Otomí Ceremonial Center, in Temoaya, concluded.

During three weekends, 13 coaches from Mexico City were summoned to participate in this activity, aimed at strengthening their knowledge, seeking to have a positive impact in their respective gyms.

It should be noted that it was aimed at a focused group of coaches, who already have foundations in boxing development and have taken part in the programs that ABEM has previously implemented.

The purpose of the course is for attendees to build their training skills, with emphasis on a pedagogical model, on the inclusive training methodology and the development of male and female boxers focused on the area of ​​motor development, physical abilities, technical development, tactical, psychological, morphological and personal applicable to boxing.

Among the topics covered in the course are: basic concepts of boxing, elements of the sports training process, bandaging, sports equipment, stages of human development, physical abilities for the development of sport, ages to develop conditional abilities, contents of the training, combat stop, combat distance, classification of blows, type of boxer, defense, categories, divisions, among others.

With this training it is intended that attendees can use the terminology with scientific support of the sport of boxing and recognize the structure of physical training, as well as motor skills; understand and carry out technical and tactical preparation; organize training through the preparation of a plan based on methodology and understand the role of the coach.

Mario Menchaca enters into action with boxing
Deontay Wilder is motivated to return to the ring, after almost a year of inactivity
The ‘Onlyfans’ girl who will debut in professional boxing
BOXING 4236

Loading...
Newer Post
How to buy tickets? – Rock pop
Older Post
Ronaldinho Gaucho returns to football and confirms his participation in an exhibition tournament in Ecuador