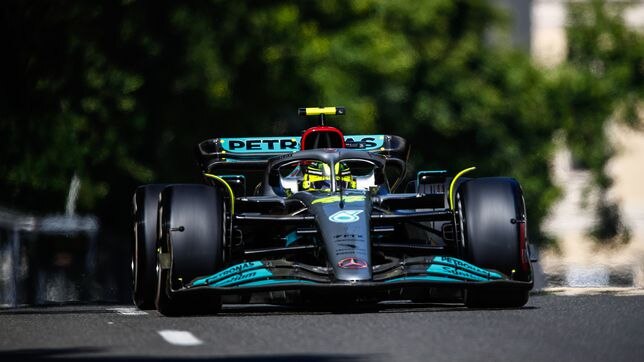 Some considered it solved, but nothing could be further from the truth: 'porpoising' is still the main headache for Formula 1 engineers. This pheno

Some considered it solved, but nothing could be further from the truth: ‘porpoising’ is still the main headache for Formula 1 engineers. This phenomenon is explained in a simple way: single-seaters bounce on the straights because they lose and recover all at once the downforce from ground effect. But the cause is complex, it is related to one of the most relevant points of the 2022 regulation, the architecture of the floors and the rigidity of these new cars, and it cannot be reproduced in the wind tunnel. The problem is aggravated on bumpy circuits or with long straights, just what happened in Baku and what the teams will find this weekend in Montreal.

Several pilots have been critical. In Azerbaijan, especially the two from Mercedes. For Russell it is “a matter of time before there is a serious accident” because of the rebound, which reduces concentration and does not allow the drivers to clearly see the braking points. Hamilton spoke of “the hardest race” of his life and suffered back pain from the swing of the W13. Anglicisms crowd around porpoising and one can speak of bouncing, the rebound itself; or bottoming, when the rear part of the diffuser is the one that scrapes rhythmically against the asphalt.

It is a fact that Red Bull does not suffer from it, or it is not noticeable, and that has given them an advantage: in the factory they are allowed to work on performance improvements and take them to the circuit; while Mercedes, and to a lesser extent Ferrari, have to make an effort only to bring parts that solve the boats. For Christian Horner, head of the energy house, it is no coincidence that it is Russell and Hamilton who most combatively ask for a change in the rules, or an action by the FIA: if the RB18 were behind, Horner would tell his drivers “to complain”.

jack up the car

The ‘porpoising’ has an easy solution, raise the car a few centimeters, but with this change in the settings downforce is released and performance is lost. “The easiest thing is to lift the car, each team can choose how high they take it, and you should never use an unsafe car. Some cars have problems, others have very few, it would be unfair to penalize those who have done a good job. It is easy to complain about safety, but the teams can choose”, argues Horner, who before pointing to the FIA ​​for not acting against a dangerous feature of the single-seaters, points to the teams that do not want to solve their own problem. Binotto, along the same lines, argues that “it is a good technical challenge, there are ways to mitigate it and it does not compromise the safety of the drivers”, although Sainz has been weighed down on some weekends by ailments inside his Ferrari.

On the other side is Wolff: “It’s very bad, we have to find a situation. It affects everyone, although perhaps the worst case is Lewis. This is not muscular, this affects the (vertebral) column and can have consequences”. “It’s easy to explain, we’ve been trying to resolve porpoising for two months without bringing more benefits. We understand what needs to be done. Montreal will be a good race, it is a high-speed track and then I hope to have a better perspective”, says the Mercedes boss. Although for perspective, the one that the pilots will have jumping at 340 kilometers per hour on the very long straights of the Gilles Villeneuve.

Ferrari “with ground effect” began to roar in the tests in Barcelona
This automotive brand could reach Formula 1 in 2022
Australian GP F1 2022: Checo Prez: “I trust my fortune will change this weekend
FORMULA 1 1555