Connected balls: the technology in the ball, the very heart of football 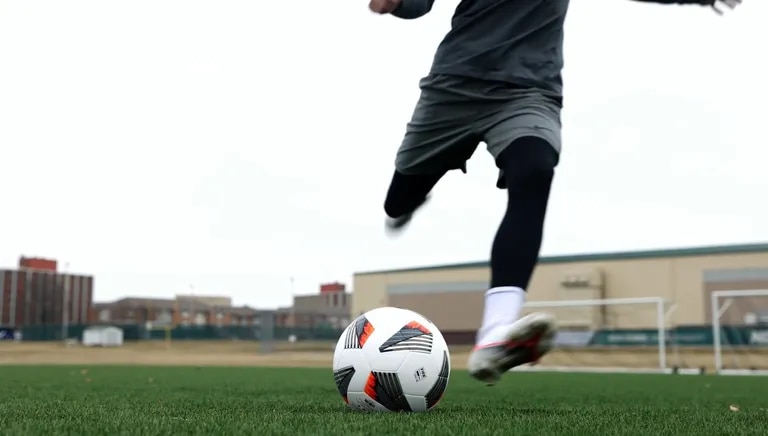 The depth in the use of data in football reaches more and more to the element on which the whole meaning of the game revolves: the ball. Well trea

The depth in the use of data in football reaches more and more to the element on which the whole meaning of the game revolves: the ball. Well treated, poorly treated, with a lot of possession or “dispensing with it” as the literal meaning of the common place says, the ball begins to provide valuable information that can be used for regulatory aspects that will be discussed -the semi-automated offside system of Qatar 2022-, but specially to complete the analysis of the quality and progress of a footballer on the path of his evolution.

Soccer, especially in Argentina, is going through a stage of controversial adoption of technological resources, evidenced by the poor use of VAR. The discretion and the global criterion of the use of the tool – its use does not determine unappealable situations, but rather opens new instances of debate – are confused with the resource itself. It would be like stating that a flashlight is used to dazzle an explorer and not to be able to walk in the darkness of a forest. Misused lighting technology.

That a connected ball serves to determine an advanced position hardly represents one facet of its functionality. The union between Kinexon -a real-time sports tracking company- and Adidas will lead to the use of the first ball that will generate data in the history of World Cups, but not in the history of football: the Bundesliga is already experimenting with this technology. Kinexon will launch an inertial measurement sensor in Qatar, located in the center of the ball, which will send a data packet 500 times per second to the video room, which will allow the exact moment of impact to be detected with absolute precision on the ball

A technology of golf and baseball, reaches the youth of German soccer

“I want to highlight that Adidas has done a great job on this (the inclusion of the sensor) because the players do not notice anything when they play. We can generate high-resolution data that is then combined with other metrics to better understand what is happening in a game”, Max Schmidt, co-founder of Kinexon, recently commented in a webinar organized by the specialized publication SportTechie.

Speed, directions, heights and effects: all of this can be captured by cameras and sensors when tracking the fate of a free kick, a penalty or the passes of a soccer match. Those metrics go to another level when they can be adopted to measure the evolution of a player. The German Football Federation has just announced an agreement with TrackMan, a company that will make its first experience in football after analyzing shots and curveballs in sports such as golf and baseball, with professional and amateur players.

The system is based on cameras that surround the player and a panel located behind the goals. This radar technology provides real-time ball flight data, speed of shot, axis of spin and speed of that spin, launch angle and time of flight. When combined with other metrics such as goal height, goalkeeper coverage and scoring opportunity, it provides unprecedented insights into previously unexplored areas of the game. The German Federation will use these resources in its youth academy to use it in training as a new parameter to improve its players.

Soccer at the end of the year: Where do you play on December 31?
Futsal | Ricardinho, the star and the GOAT
The tactical keys of Xavi’s football
FOOTBALL 3686