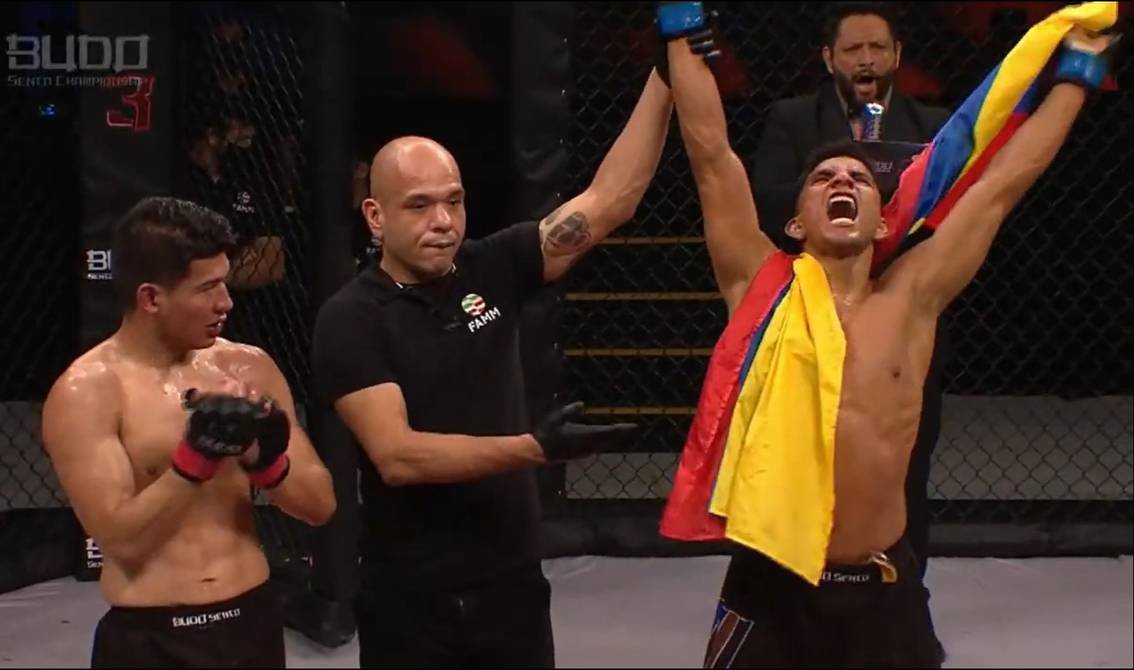 Emiliano Linares and his staff in Ecuador, Mexico and the United States hope that in the coming days his presence will be announced on the Dana Whi

Emiliano Linares and his staff in Ecuador, Mexico and the United States hope that in the coming days his presence will be announced on the Dana White’s Contender Series program, in its sixth season, which has been running since July. Linares is the reigning champion of the featherweight division of the Mexican Budo Sento Championship.

Sources consulted by EL UNIVERSO indicate that the Guayaquil athlete is only waiting for the identity of the rival and the date to debut in the octagon of the UFC Apex, in Las Vegas (Nevada).

So far, Andrés Luna Martinetti, also from Guayaquil, is the only Ecuadorian registered in this season of the Contender Series. Andrés was part of the first episode of the series, on Tuesday, July 26, but his fight in the strawweight division lost him by split decision against the Brazilian Alessandro Costa.

Linares has been in Guayaquil since July attending to family and business matters.

Budo Sento’s 145-pound champion stepped into the octagon for the last time on Friday, May 20, to successfully defend his belt against Mexican challenger Derian Calzada.

In the second round of the confrontation, scheduled for five rounds, Linares put an end to his opponent’s luck with a flying knee to the face; then he crushed him with the volume of blows and sentenced him with ground and pound.

It was the fourth win of his career at the Budo Sento Championship since debuting in Mexico in 2021.

“We are experiencing a historic moment for Ecuadorian sports and mixed martial arts, since we have so many talents doing a good job in foreign lands, especially the legion of Ecuadorians who are outside the country, giving their best and representing The Ecuadorian tricolor is very good,” he told EL UNIVERSO on July 22.

“I am very happy to be in the country and see my loved ones in good health. I really enjoy these days,” he added.

Linares, 26, has a professional record of eight wins and one loss in mixed martial arts (MMA).

“We are living a historic moment for sport and #MMA Ecuadorian women,” said Emiliano Linares, two-time champion of the Budo Sento Mexican league. The featherweight has been visiting Guayaquil since July. pic.twitter.com/dEqLyNgiQj

(VIDEO) MMA referee is stunned after receiving a strong kick in the face
Politicians resolved their problems in cage MMA
MMA: They will look for new low-income talents in Challenge of Champions | SPORTS
UFC/MMA 1229