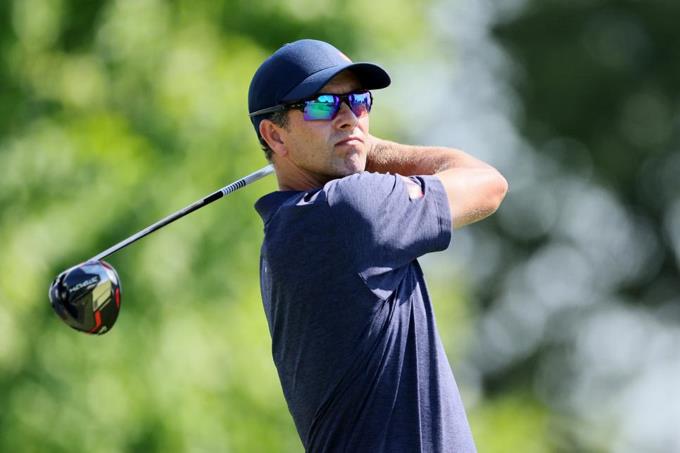 Adam Scott felt he was playing well enough to get better results sometime soon. It seems that time has come, and it is quite oppo

Adam Scott felt he was playing well enough to get better results sometime soon. It seems that time has come, and it is quite opportune.

Scott put together another tidy round on Friday, save for one hole — double bogey on the 17th — for a two-under-par 69 that gives him a one-shot lead heading into the weekend at the BMW Championship. .

Masters champion Scottie Scheffler opened with three straight birdies and then cooled off for a 67-shot card, while Jordan Spieth’s hopes of a bogeyless round were dashed by inches when his tee shot fell short. complicated instead of the fairway.

His bogey condemned him to finish with 67 strokes.

Both were a shot behind, along with Cameron Young (68) and Corey Conners (67).

Scott, who was hitting 8-under-par 134, wasn’t sure how much golf he would have in August. He was 77th in the FedEx Cup, unsure of making it to the BMW, until a tie for fifth place last week at the start of the FedEx Cup playoff.

That was enough of a spark and now he’s looking to crack the top 30 players, who will reach the Cup final next week in Atlanta, during the Tour Championship.

“I’m in good shape for the weekend. I don’t even remember the last time I led a tournament,” Scott said.

“I haven’t been at my best level in a while. It’s been a battle, for sure. But that’s the way this game is and I want to make the most of this position in the next 36 holes”.

Loading...
Newer Post
The Ukrainian boxer who fought against the Russian invasion will return to the ring
Older Post
F1 2022: Sebastian Vettel is the driver with the most fines in F1; Czech Prez, in third place