Controversial cause of Formula 1 driver for photographs 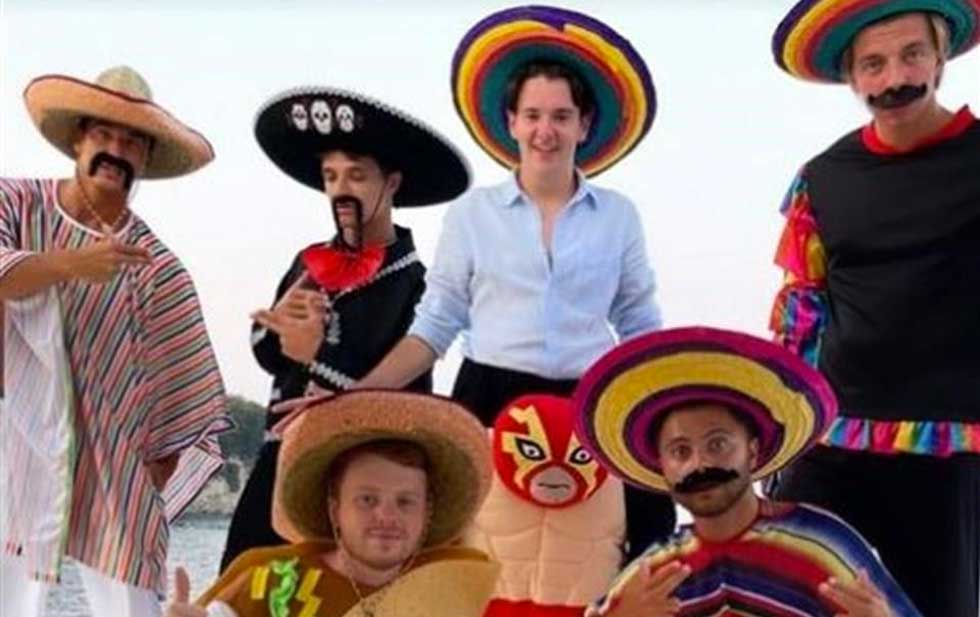 A photograph titled “Mexican Night” in which the British pilot Lando Norris and his friends dressed in typical costumes of the country is observed, sparked controversy on social networks.

The McLaren driver, who is currently on vacation due to the Formula One break, took advantage of his days at the beach to have fun with his companions.

In the image, Lando appears dressed in a black charro and a thick mustache, while his friends also took some colored hats, jorongos, taco suits and wrestlers to liven up the moment before dinner.

When the photo went viral on Twitter, some attacked the young driver and accused him of racism, while others defended him arguing that it was a simple costume party.

“Filled with offensive and ultimately dangerous stereotypes, mostly based on American westerns. They could have eaten tacos and played Mexican music, but dressing up, promoting violence on video, etc., are all perpetrating harmful stereotypes,” user Dr. Ashley Pribyl commented.

“Recognize that what they did was wrong and that they will learn from their mistakes. They are young, and they probably did not want to offend people, but they did, they have to learn and understand that what was right years ago, today is not”, Cristina added.

“He was just dressing up and playing with his friends, showing that to his millions of fans on social media, but people took it the wrong way and assumed he was political or badly motivated. Would he have gotten the same answer in one? Hawaiian night? “shared Sb1010.

“I have nothing with the band that dresses in something. I just think that the mame of cultural appropriation is very shabby, in fact I think that if someone from another country disguised their party as a Mexican for fun it is anything but offensive. he dresses as a Mexican and commits a crime, come on, shoot him. But if someone foreigner throws a ‘Mexican’ party, what is the problem dog? ” Diego Mastretta added.

Tags: Lando norris, Mclaren, pilot
How are the cars transported prior to each Grand Prix?
Johnny Herbert, by Michael Masi: “It must not continue, it has done a lot of damage to Formula 1”
The Spanish Carlos Sainz renews with Ferrari
FORMULA 1 1282

Loading...
Newer Post
This is how the world of football says goodbye to Gerd Müller
Older Post
Cristiano Ronaldo offers himself to Manchester City | International Soccer