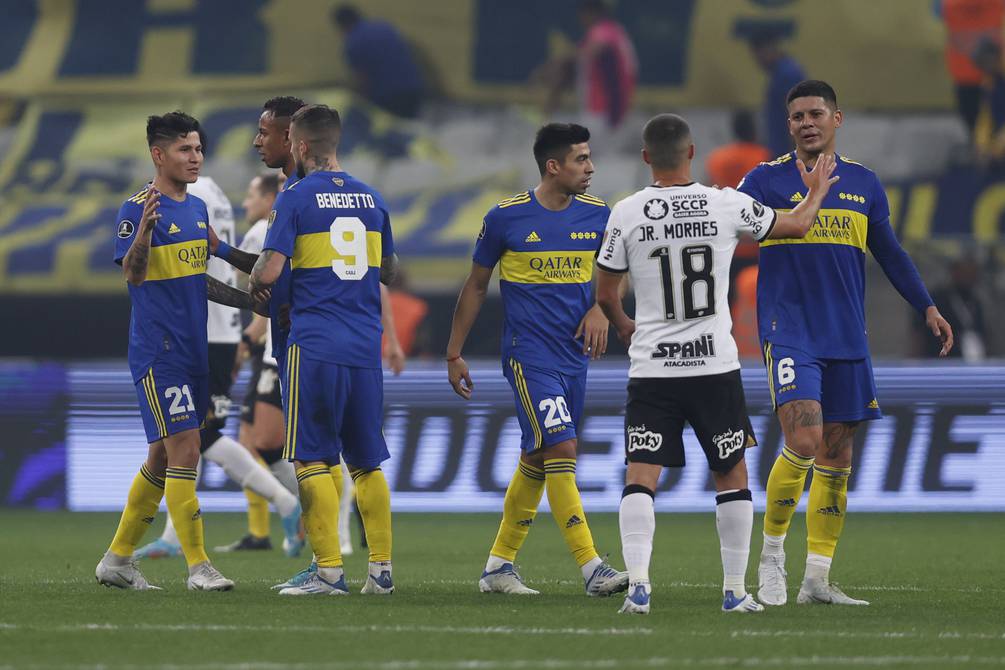 Boca Juniors achieved a valuable goalless draw with Corinthians in Sao Paulo on Tuesday thanks to goalkeeper Agustín Rossi, who saved a penalty jus

Boca Juniors achieved a valuable goalless draw with Corinthians in Sao Paulo on Tuesday thanks to goalkeeper Agustín Rossi, who saved a penalty just before half-time, in the first leg of the Copa Libertadores round of 16.

It will be worth it for the Argentine team to win by any result next Tuesday at La Bombonera to be in the quarterfinals.

The Brazilian team led by the Portuguese Vítor Pereira was better in the general calculation, at times tied Sebastian Battaglia’s team, but was unable to beat an inspired Rossi who deftly stopped the penalty kick taken by Roger Guedes in the 43rd minute.

The clash began hot even before the ball began to roll on the grass of the NeoQuímica Arena. One of the buses that transported Boca’s entourage was stoned and one of the vehicle’s windows shattered, slightly injuring a manager.

The tension between these two South American soccer legends has been increasing since they crossed paths in the group stage, with cases of racism by some Argentine fans. So Corinthians won 2-0 at home and drew 1-1 at La Bombonera.

Although on Tuesday night neither of the two contenders came out toned. Both were conservative at the start, fearful of a fatal mistake that would put the tie uphill.

Driven by an enthusiastic crowd, the team from São Paulo little by little took command of the game against a xeneize team that at all times seemed to settle for 0-0.

Those led by Pereira lacked fluidity and calm to reach Rossi’s goal with danger. Willian, formerly of Chelsea and Arsenal, was forced to delay his position to try to create some football from midfield. Bad signal.

The solidity of Izquierdoz and the rest of his teammates at the back further complicated the locals. With Willian’s permission, Adson and Mantuan were among the few who managed to shine with their own light in Corinthians.

It was Mantuan himself who manufactured the penalty caused by Marcos Rojo. The center left the arm in the attacker’s face, he exaggerated the fall and the Chilean referee Roberto Tobar decreed a maximum penalty.

However, Roger Guedes failed against Rossi, who was responsible for making the Brazilian striker nervous moments before the launch.

That wasted gift disconnected Corinthians, who almost went into the break with a goal against after a shot by Benedetto that Cássio deflected with a save.

The Brazilians came out with a different face in the second half. Giuliano and Mantuan had the first in their boots after a play by Willian, although Boca’s defense miraculously repelled both attacks. 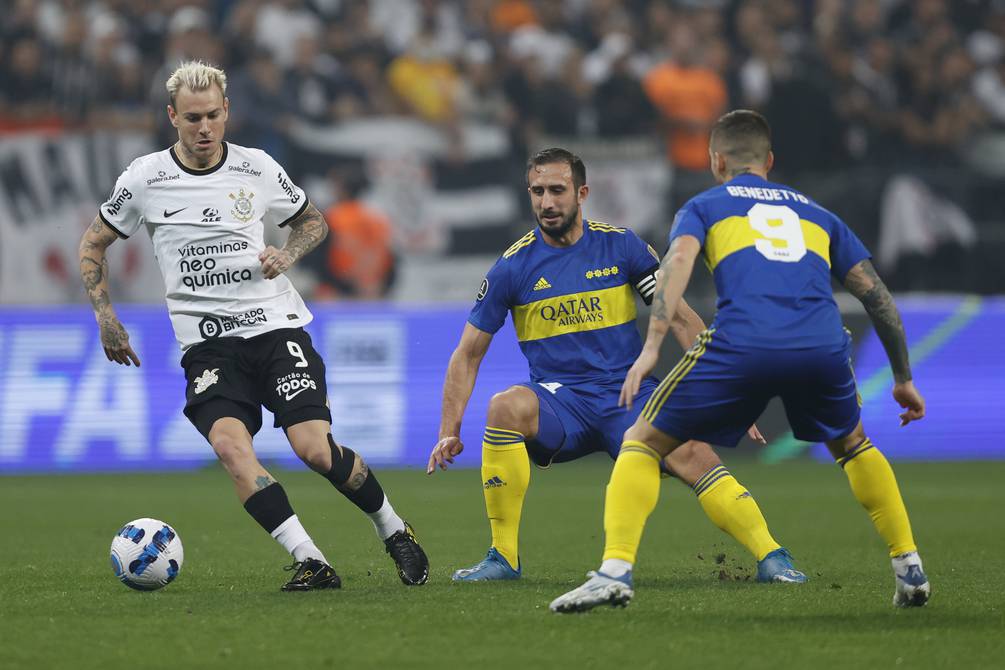 Adson didn’t hit inside the area either, alone, sending his shot over the crossbar. In the technical zone, Pereira paid for his frustration with the field microphone.

Before, Boca intimidated with a direct free kick from Paraguayan Óscar Romero that forced Cássio to stretch again.

In the last minutes, the Buenos Aires squad was animated in search of the surprise, although without consequences. La Bombonera will dictate sentence.